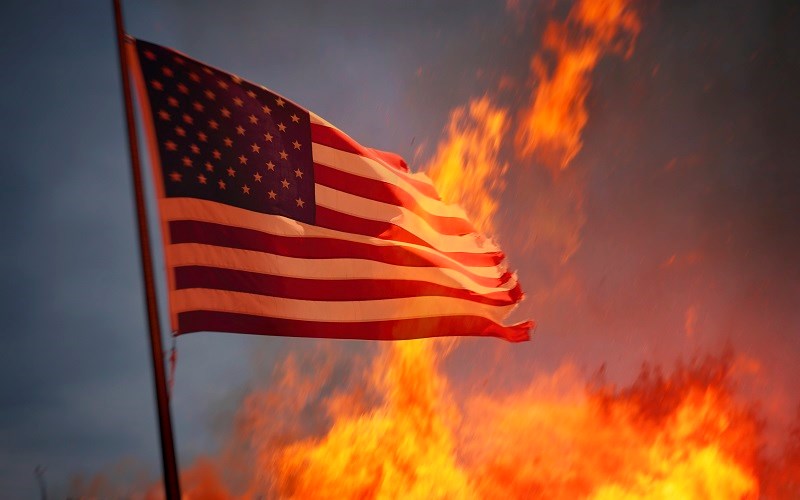 All I’ll write here is…if this is your first time on A Crooked Path and this is the first thing you’re reading? You need to spend more time here and read more. If you’re a regular? And also a true disciple of the Lord Jesus Christ? Then you know there’s more, a lot more going on and what the real basis of all this is. Or you should.

What is happening worldwide, and especially in every Western nation are shifts, changes, things that have never occurred in the history of the world ever before. And all these things go beyond, far beyond mere politics, left vs. right, or America.

And you know it.

Even if you’re the first-time visitor. Even if you do not believe.

You still know it within.

And if a true believer? You had better know it within and if not? Are you being true in all things?

Well, I said I wasn’t going to write anything much. And I began doing just that.

Tell you what — get a Bible. Pray for discernment, wisdom therein. Believe you’ll receive that wisdom. Open that Bible. And read. Study. See. Hear. Come to know. Grow in the Lord and in the truth.

Do that right after reading the article below.

Unless you’re that first-time person. Then read a bit more here on ACP…

…and then turn off your phone, computer, every glowing screen, and device and get hold of a Bible and pray, seek, believe and study and read.

Not because of anything I say or write, but because the Bible says so. God’s inerrant infallible Word.

And please stop stopping at politics, at America, at an election, a person, and on and on and on it goes and the not-so-merry-go-round never stops.

Get off. Stop the spinning. The constant speeding up and everything passing by in a blur.

Pause to learn the why, the what, the how, the who.

And then what to do once that is learned.

And then what? Well, live faithfully for and with and by God, Jesus Christ, the Holy Spirit, and the Holy Bible and do not sit silent. Taking it. Speak the truth of the Word of God back to people. Do not be afraid. God is with you if you are truly His. Do not fear. Chances are the people in front of you don’t really like you anyway. Not really. You’re not going away on vacation together. Most likely they aren’t going to be your best friends. Are you running for office? Afraid of losing votes? No? Then what are you really afraid of?

Better to fear God for remaining silent and not doing anything than to fear any person on this passing earth.

The truth is very important.

Whatever fear concocted in the mind isn’t as big a deal. Really.

Speak the truth of the Word of God, speak reality, speak back to the evil spitting, fuming, boiling, roiling, churning, and burning…speak back to it and do not fear.

We’re at war. The battle rages. This isn’t a time to paint one’s nails, take a timeout, go get a snack, and see what’s on the program guide.

The war rages and intensifies.

And no one is a spectator in this war.

If this is your first time here? You’ll get used to this. Maybe. If you’re a regular? I’m going to keep saying, writing what I do, and pray some of it matters, some of it helps, some of it leads to going to the Word of God, going to God in prayer, putting on the whole armour of God and enjoining the battle. Trusting the Lord Jesus Christ. Trusting the Holy Spirit. Believing everything within the Word of God. And applying it liberally continually as needed, and it is needed continually and liberally constantly.

Because this is an eternal life and eternal death struggle dear ones. It’s that serious. That lasting. That big a thing. That real. 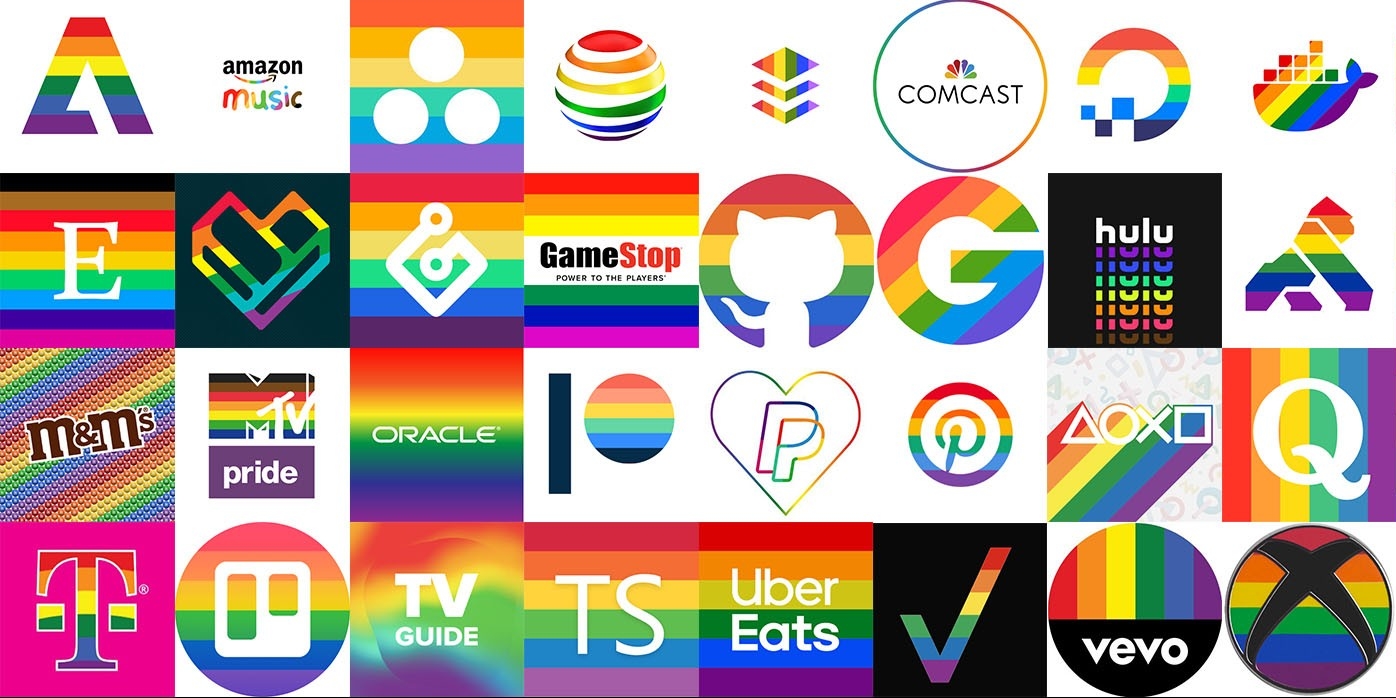 Most Americans were as indifferent to the U.S. women’s soccer team’s recent loss to Sweden in the Olympics as they were excited about the team’s World Cup win in 2019. In between was the team’s nonstop politicking, from whining about compensation to virtue-signaling their disrespect for the United States. The celebrity face of the team, perennial scold Megan Rapinoe, is going the way of teenage grouch Greta Thunberg, becoming more pinched the more she is tuned out.

Critical race theory guru Ibram X. Kendi offers virtual, one-hour workshops for $20,000 a pop. He is franchising woke re-education kits — in between bouts of damning capitalism as a catalyst of racism.

The woke movement is a slicker, more sophisticated, and far more grandiose version of Al Sharpton and Jesse Jackson’s shakedowns of the 1990s. Those, at least, were far more honest in leveraging cash with charges of racism — and came without the academic gobbledygook of critical race theory.

Our freeways are jammed. Airports are crammed. Labor is short. Huge pent-up consumer demand for essentials and entertainment outpaces supply. Yet Major League Baseball’s recent All-Star Game saw record-low television viewership — about a quarter of the audience of 40 years ago when there were 100 million fewer Americans.

The Summer Olympic Games are getting anemic TV ratings. The NBA’s crashing TV ratings have followed the downward trajectory of the NFL’s ratings. Woke sports earn the same public disgust as the accusatory and boring Emmy, Grammy, Oscar and Tony awards.

Cable news networks CNN and MSNBC fueled the story that former President Donald Trump allegedly colluded with Russia. They contextualized (to excuse) the summer looting and rioting of 2020. And they cheered on two impeachments as a prelude to their 24/7 woke drumbeat. Their ratings, too, have now dived.

Never has TV been more politicized. Sitcoms, dramas, and commercials are designed more to resonate woke messaging than to entertain. So naturally, dismal TV ratings reflect the expected public boredom that ensues when art serves politics.

How many times will disingenuous Dr. Anthony Fauci swear that he never sent federal money to the Wuhan virology lab for gain-of-function research, or blame his critics for pointing out his gyrating advice on masks, or offer yet another noble lie on herd immunity?

The problem is not just that most of America is exhausted from being smeared as racists, or hearing that a wonderful country — the freest, just, equitable, affluent, and leisured in civilization’s history — must continually pay penance for its past and present. The public is more tired of projectionist hypocrisy. Those who scream the loudest are usually the most guilty of woke crimes.

The woke madness coincides with an epidemic of crises that go largely ignored as a distracted America cannibalizes itself.

The border is being breached at a time of a pandemic. Migrants barge in without either COVID-19 testing or vaccinations — during a coronavirus spike that has government officials talking about going door to door to roust out American citizens to get vaccinated.

Whiteness is supposedly the cause of America’s problems. But our inner cities are suffering historic levels of violent crime. Couldn’t our critical race theory accusers take time out from their merchandising to address the soaring violence?

The Biden administration denies that huge deficit spending and generous cash payments to workers fueled inflation. But America hasn’t seen anything like the current price hikes and labor shortages in the last 40 years.

The military, CIA, and FBI have lost the confidence of the public — and not just because of their woke politicking. They are perceived as distracted and ignoring their primary missions of winning wars, catching terrorists before they strike, and offering superb intelligence about our enemies.

Wokeness is many things. But increasingly it seems a cover for careerism, profiteering, and utter incompetence.

Exposing the false religion of the Great Awokening

VIDEO: John MacArthur — The Gospel, the Church, and This Present Crisis