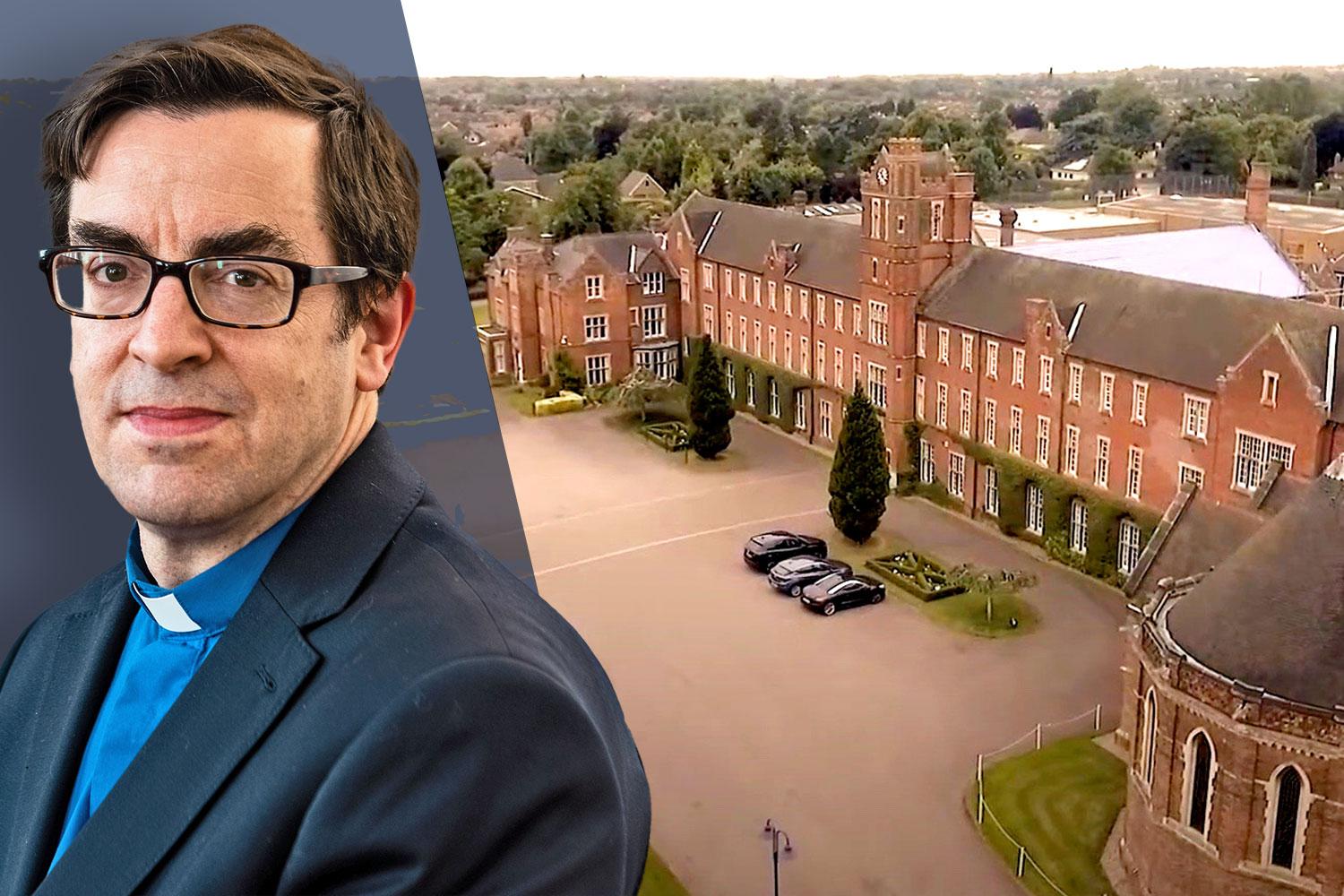 Reprinted from The Bridgehead

On June 21, 2019, the Reverend Dr. Bernard Randall delivered a sermon in the school chapel of Trent College, where he served as Anglican chaplain. Both parents and students had been expressing their concerns to him about the recent implementation of a school-wide LGBT program by the organization Educate & Celebrate, which sought to “embed gender, gender identity and sexual orientation into the fabric” of the school. One student had asked him rather plaintively why they were being told they had to accept this new ideology at a Christian institution.

Randall sought to assure students that nobody could force them to believe anything. “I want to say to everyone, but especially to those who have been troubled, that you are not obliged to accept someone else’s ideology,” he told them. “You are perfectly at liberty to hear ideas out, and then think, ‘No, not for me.’ There are several areas where many or most Christians…will be in disagreement with LGBT activists, and where you must make up your own mind. So it is perfectly legitimate to think that marriage should only properly be understood as being a lifelong exclusive union of a man and a woman; indeed, that definition is written into English law.”

He closed the sermon by delivering a rebuke to the censors. “You might reasonably notice that some LGBT activists will happily lie about gender identity being a legally protected characteristic (which it isn’t), and from that observation wonder whether there are other areas where their relationship to truth is looser than might be ideal,” he said. “But, by way of contrast, no one has the right to tell you that you must lie about these matters, to say things you sincerely believe to be false – that is the tactic of totalitarianism and dictatorship.”

Randall had his own concerns about the program. One staff training session, he told me, “included the leader of the organization having the staff chant ‘Smash heteronormativity!’ I raised some questions about that as a Christian chaplain at a Christian school. I thought: There are some problems here in terms of smuggling in identity politics with what in other respects was reasonably okay. Don’t bully people because of their sexuality—Love your neighbor goes a very long way. I thought it goes as far as we need to go on these issues, and we don’t need to introduce something else.”

Randall soon discovered that there is no room for dissent on LGBT ideology at Trent, once a proudly Evangelical school founded in 1868. After the sermon, “I was hauled in by the school’s senior leadership and told there was complaints and that what mattered was not beliefs or the truth but how people were feeling about it. As a result of this, I was suspended and eventually sacked for ‘gross misconduct.’” This, he noted, “for being a Christian chaplain in a Christian school in a Christian chapel saying you may be Christian.”

It got worse. Trent’s safety officer decided that the sermon was “harmful” to the students, and reported the 48-year-old chaplain to Prevent, a government anti-terrorism agency tasked with identifying those at risk of becoming radicalized. The Derbyshire Police responded by stating that Randall’s sermon “did not meet the threshold for a Prevent referral.”

“Why [the safety officer] felt that what I was saying was so extreme is for her to answer on the dread Day of Judgment,” Randall told me. “You’ve heard the slogan ‘silence is violence’—well, I wasn’t silent enough.” Despite the police declining to take up the case, Randall said, “what’s slightly disturbing is that the policeman who assessed it said that although it doesn’t meet the threshold it is ‘wholly inappropriate in a school and inappropriate for society,’ which seems to be a personal opinion that he should not be giving as a police officer who has sworn an oath to be politically neutral.”

With pro bono legal help from the Evangelical advocacy group Christian Concern, Randall is now suing for harassment, discrimination, and unfair dismissal. There has been a near-universal outcry in the press over his case and support has been pouring in from the faithful and the faithless alike. Randall noted that even a gay atheist donated to his legal fund and hopes the case will “help move the dial somewhat.” The Daily Mail printed his sermon in full. “That’s the first sermon to be printed in a newspaper in the U.K. in quite some time, I suspect.”

No support, however, has come from the hierarchy of the Church of England, which has been difficult. “They haven’t even been able to say ‘we can’t comment on this case, but freedom of religion matters,’” Randall told me. “They’re letting someone else dictate their consciences, it would appear.”

I asked Randall why, despite all this, he remains an Anglican. “That’s a really good question,” he replied. “I’ve wondered the same myself. Part of the answer is I’m English. It’s in my DNA to be Church of England. I grew up in the Church of England, and it’s always been where I’ve been at home. I remain partly because it’s where I’ve always been…that’s a calling in itself, to be loyal to the community. We stay because we belong to that community. It’s what God has given you, almost like a family. We don’t choose our families, and we have to stick with them through thick and thin. It’s a vocational thing, and I feel that quite strongly as an ordained minister.”

Rev. Bernard Randall’s case encapsulates two great afflictions of our post-Christian age—a totalitarian secularism and a weak, faithless Church prone to side with the wolves instead of the sheep. Fortunately, there are still shepherds that represent what was once best in these dying institutions—and perhaps their voices will remind the formerly faithful of who they once were.