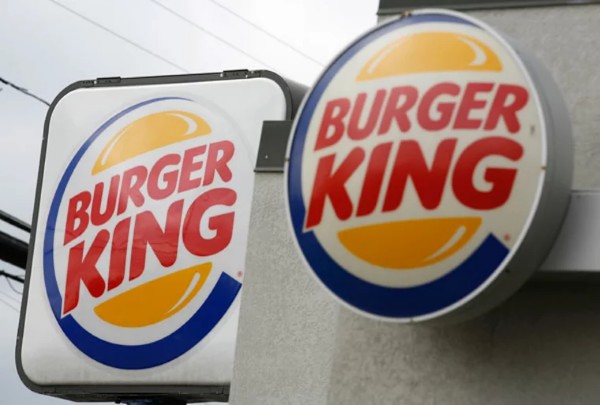 A prominent fast-food company announced that it’s donating nearly half of the proceeds from its sales of chicken sandwiches to a lesbian, homosexual, bisexual, and transgender activist group while taking a shot at one of its competitors.

Burger King, one of the largest and most popular global fast food companies, sent out a tweet Thursday announcing that “the #ChKing says lesbian, homosexual, bisexual, transgender, and queer+ rights!” The tweet, which is now pinned to the Burger King Twitter account, referred to the Ch’King, the restaurant chain’s newly created chicken sandwich.

“During #pridemonth (even on Sundays) your chicken sandwich craving can do good! We are making a donation* to @HRC for every Ch’King sold!”

Burger King will donate 40 cents to the Human Rights Campaign, the largest lesbian, homosexual, bisexual, and transgender activist group in the United States, for every Ch’King sold between June 3 and June 30. The fast-food chain will donate up to $250,000 to HRC, a goal that can be reached with the sale of 625,000 chicken sandwiches.

The reference to Sundays in the tweet is seen as a veiled swipe at Chick-fil-A, another major fast-food chain that, unlike nearly all of its primary competitors, does not open on Sundays because of the religious beliefs of the restaurant chain’s founders.

Steve Cortes, a Newsmax host and former Trump campaign employee, took issue with Burger King’s jab at Chick-fil-A for closing on Sundays: “This corporation makes it clear it mocks Christians (and other religious people) and doesn’t want our business.”

In the past, Chick-fil-A has come under fire from progressives because its CEO, Dan Cathy, has expressed opposition to same-sex marriage. A recent article in The Daily Beast alleges that Cathy is among several donors to the National Christian Charitable Foundation, a charity that’s opposed to the passage of the Equality Act. Supporters of the Equality Act paint the wide-reaching legislative initiative as necessary to prevent discrimination against lesbian, homosexual, bisexual, and transgender people. Opponents of the bill worry about its implications for religious liberty and women’s sports.

In addition to supporting the Equality Act, the Human Rights Campaign called on the Biden administration to strip accreditation from Christian schools that subscribe to biblical beliefs about sexuality and marriage, and therefore oppose homosexuality.

The group has also steadfastly opposed efforts by states to prevent boys who identify as female from competing in girls’ sports.

In response to the passage of such a bill in Alabama, Alphonso David, the president of HRC, characterized it as a “politically motivated bill designed to discriminate against an already vulnerable population.” Conservative political commentator Paul Joseph Watson slammed Burger King’s partnership with HRC, which he described as a “radical lesbian, homosexual, bisexual, and transgender lobby group that supports child sex changes.”

Speaking to USA Today, a Burger King spokesperson defended the company’s decision to collaborate with HRC: “This is a community we love dearly and have proudly supported over the years, so we couldn’t miss an opportunity to take action and help shine a light on the important conversation happening.”

Burger King’s partnership with the Human Rights Campaign is not the first example of the restaurant chain embracing lesbian, homosexual, bisexual, and transgender activism. In 2014, Burger King introduced a “Gay Pride Whopper” in San Francisco ahead of the annual Pride Parade. While the “Gay Pride Whopper” tasted and looked the same as a regular Whopper, it was packaged in a rainbow-colored wrapper containing the message “we are all the same inside.”

Additionally, the San Francisco Burger King, which was located along the parade route, handed out more than 50,000 rainbow-colored Burger King crowns to those participating in the parade. The “Gay Pride Whopper” was sold exclusively in San Francisco for a limited time and the proceeds from its sales went to the Burger King McLamore Foundation, which provided scholarships to lesbian, homosexual, bisexual, and transgender high school seniors who were slated to graduate in the spring of 2015.