Has prayer been cancelled? 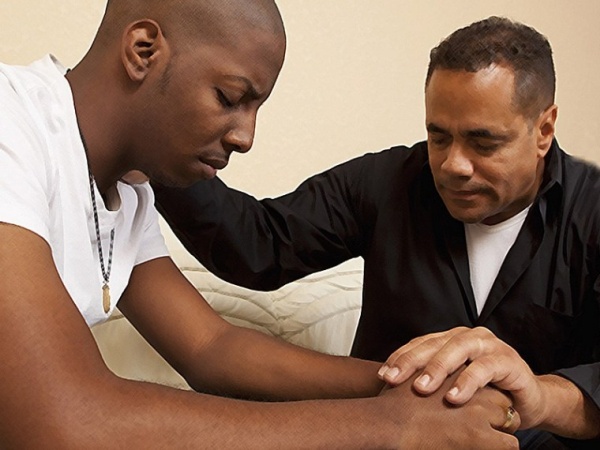 Has prayer been cancelled?

The power of prayer is being neutered in the U.K. Since the pandemic churches, studies have found an apparent and vital openness to spirituality. A study commissioned in May 2020 – just two months after the U.K.’s first lockdown – found that a quarter of adults in the U.K. had watched or listened to a religious service since the lockdown began, and one in 20 had started praying. The Church of England also received 6,000 phone calls to a prayer hotline in its first 48 hours of operation in the same month.

And it’s not just a ‘Covid thing’. Since the pandemic, churches are being flooded with newcomers and a recent Savanta ComRes survey found over 50% of 18- to 34-year-olds now pray regularly, with 36% attending church or take part in a service – whether online or offline – at least once a month.

These statistics were challenged widely by the press, with many speculating around the methodology of the survey, and some even quoting a ‘non-existent religious revival’ was being reported. Alongside this scepticism towards an apparent spiritual renewal, social media algorithms and the woke bandwagon have aimed to diminish prayer to something that is irrelevant and even impotent, an activity that is hidden and shameful.

Many now perceive prayer as an activity of last resort with no expected outcome – other than a self-serving sense that we are doing what we can in times when we feel powerless. As our Prime Minister contracted Covid last year, the newspapers ran the headlines “Pray for Boris” but did anyone expect God to answer? And if he did was anyone grateful? Despite all the prayers and #prayforboris trending, I heard few voices of thanks to the God who answered.

‘Praying’ has become shorthand, for showing solidarity in trying circumstances, rarely translated to an earnest seeking of our creator for help. A prayer carelessly thrown into the ether with no expectation of an answer nor anticipation of impact is a forceless and barren undertaking. If that’s all it is I suggest we all get better value going for a pint down the pub.

During that awful sight of Christian Eriksen’s body lying prostrate receiving medical treatment in the Euros this summer, millions watched across the world distraught and helpless. Again social media lit up with prayer hashtags trending. Just a few hours later the medics were being praised for their undoubtedly swift actions to save his life. Later that day I got a call from a sports journalist, who asked “When is your ‘big fella’ gonna get some of the credit then?” His irreverent nod to the Almighty highlighted a significant cultural shift that we have seen in this generation moving from the appreciation of God at work to the denial of any possibility of divine intervention.

READ MORE: Faith and miracles in the two World Wars

Yet throughout history and the current generation, hundreds of thousands testify to prayer as the most intimate, meaningful and powerful activity in their lives, believing that God listens and acts. So how have we got here? Has society simply grown up and moved away from what author Jerry Coyne labels “the most widespread and harmful form of superstition“, or has political correctness and latterly woke culture cancelled the power of prayer? It was not always like this.

On 23rd May 1940, His Majesty King George VI announced a National Day of Prayer the following Sunday. As British, Canadian and French soldiers fled under torrential Nazi fire toward Dunkirk beach, the King of England asked the nation to ‘turn as our fathers before us have turned in times of trial to the God Most High.’ Over a million people visited churches across the nation and prayed for the boys on the beaches. Churchill’s advisers indicated only 30,000 would be rescued – then came the ‘miracle of Dunkirk’ and 330,000 were saved. On the 9th June the nation returned to church to thank God for his work.

Yet in Christopher Nolan’s Hollywood blockbuster Dunkirk, this narrative was omitted – the bizarre strategic decisions, meteorological improbabilities and physical miracles that led to the preservation of so many lives has been erased from populist history. The power of prayer that contributed to the miracle of Dunkirk has been removed from our national consciousness and downgraded to an account of extraordinary human effort, which though worthy of major appreciation, should not be viewed in isolation.

For Christians, faith is fuelled when we share and celebrate the things Jesus has done in our lives. The Jewish tradition embeds this within its culture, passing down truth to the following generations. Being on a 17 year journey to collect one million of these stories for a piece of public art called the Eternal Wall of Answered Prayer – a sculpture which hopes to preserve the power of prayer by being built out of one million bricks, each representing an answered prayer – I have discovered the Christian Church on mute. Stories are, at best, whispered not proclaimed. 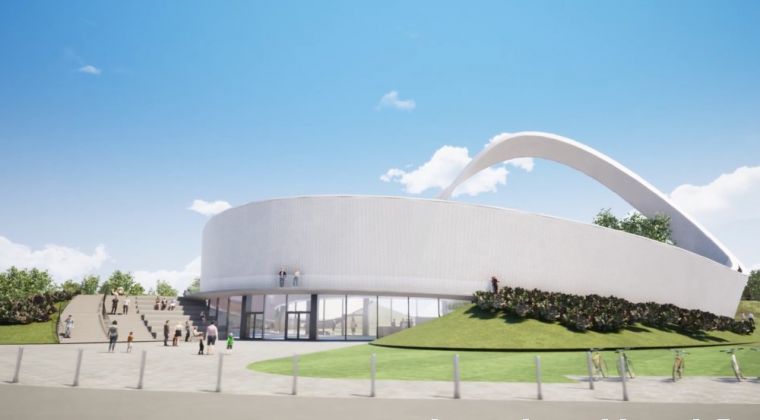 An architectural rendering of the Eternal Wall of Answered Prayer being built near Birmingham, England.

As our Christian brothers and sisters are hiding for their lives in Afghanistan under a Taliban regime, Christians in the U.K. are hiding for their livelihoods as wokery embeds itself in the legal and political machines. Christians working in the political, health, education and entertainment sectors cannot say what they believe for fear of being cancelled, and offering to pray for people, outside the aforementioned anaemic version, would risk their job and their families.

Since when did religious freedom only become available for the wealthy? In particular, Christians seem to be singled out as the naughty religious children who should be seen and not heard. Authorities are happy to receive the billion pound plus input of good works the Church provides each year, but low betide them if they actually talk about the love that inspires them, the spiritual power of prayer that strengthens them.

Sure, the fearful majority are not shouting about it but secretly the belief in the power of prayer remains. While we are growing into a more diverse nation, we must hold fast to the importance prayer has had to our national identity, and the positive impact the Church has had on our society – especially in the last year.

Our nation has a rich heritage embedded in Christian prayer and while many will take the viewpoint that prayer is merely a false hope – a comfort blanket when you can do nothing more – we’ve got to be bold in sharing the spiritual power of prayer. If younger generations are exploring faith and prayer, it shouldn’t be a matter of debate, but should be encouraged, embraced and an example for all of us.

Richard is the visionary behind the colossal project to build Eternal Wall of Answered Prayer. Having the idea in 2004, he felt the go ahead to launch in 2015, and for the past five years Richard has shared the incredible concept all around the U.K., rallying people behind the belief that one individual’s answered prayer can be another person’s hope. The Crowdfunder to raise the last £1,000,000 needed before building can commence is now live. Visit: crowdfunder.co.uk/eternalwall After becoming a Christian in 1990 Richard studied at bible college and then worked for British Gas before leaving the big corporate world to make his mark in entrepreneurship, co-founding both a software business and a marketing consultancy. With a keen love of football, he became CEO of Sports Chaplaincy U.K., and was former chaplain of Leicester City Football Club. Richard lives in Leicestershire and is married with three children.