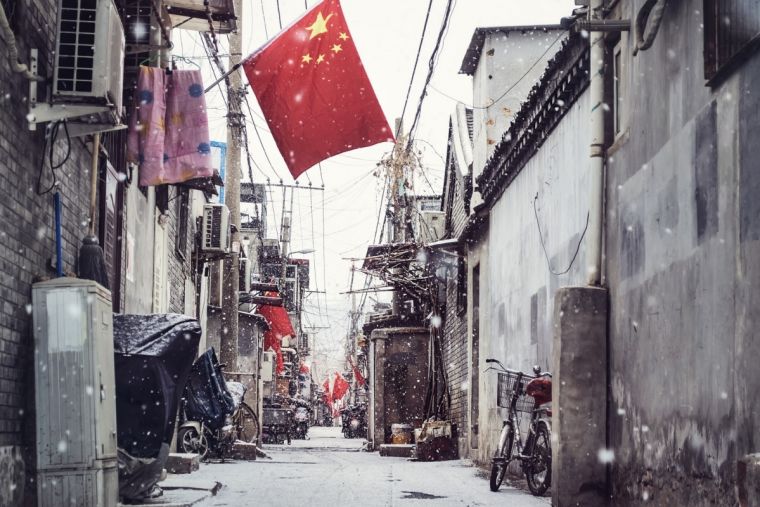 Communist China has been a place of constant continued persecution for decades. And the persecution will only intensify now.

Any so-called “church” that remains in order to remain operating will have to place the Communist Chinese government above God, Jesus, the Holy Spirit, and the word of God. Such a place is NOT a Christian church no matter the building, what is written or said.

We need to pray continually, faithfully, daily, and nightly for the gospel to be preached and for bold disciples of the Lord Jesus Christ to continue to place God our Father, Jesus our Lord, the Holy Spirit, and the inerrant living word above all and to keep preaching, keep praying, keep believing and keep spreading the word in Communist China. And in all places on earth where the god of this world works in men and women in their vain attempt to remove God, remove Jesus, remove the Holy Spirit and remove the Holy Bible. Satan and his legions of minions and ministers will not prevail. God is at work.

But that does not mean we neglect, we forget, we become otherwise occupied. We need to keep the saints of Communist China and EVERY nation, tongue, and place where persecution exists — and according to the latest information, which can be found here on ACP, presently 51% of the world’s people live in places where Christian persecution is severe. Where God, the Lord Jesus Christ, the Holy Spirit, and the Holy Bible are hated and attempts are continually made to remove God, Jesus, the Holy Spirit, and the Bible.

God prevails. The truth previals. The light will prevail over the darkness.

But we must continue to pray for the saints around the world. Always.

Communist China has introduced new regulations on clergy to require that they “support the leadership of the Communist Party”.

Christian Solidarity Worldwide (CSW) has raised concern over the provision, saying that in practice, it is likely to mean a prohibition on any criticism of party actions and policies.

The regulations also stipulate that clergy must not “endanger national security” or be “dominated by foreign forces”.

Senior leaders are allowed to remain in post for three to five years after which time they must submit their personal information again to the authorities in order to re-register.

CSW fears that the authorities may refuse to re-register clergy who have criticised the regulations or failed to obey them.

Article 16 states that Catholic bishops must be approved and ordained by the state-sanctioned Chinese Catholic Bishops’ Conference.

The Union of Catholic Asian News claims that the regulations “indirectly assert that the election of Catholic bishops will be done by the state-approved system under the Chinese Communist Party’s direction and the Vatican and Pope Francis will have no role in it.”

“It runs contrary to the laborious China-Vatican deal on appointment of Catholic bishops, signed in September 2018,” it said.

The administrative measures were released recently by China’s State Administration for Religious Affairs and will come into effect on 1 May.

One human rights lawyer told CSW that the measures are “one more weapon in [the Chinese authorities’] arsenal to limit or further persecute the religious communities.”

A pastor told the advocacy group: “Sinicization of religion is in fact the ‘partyisation’ of religion, and in the end there is only the CCP and no religious beliefs.”

CSW’s Founder President Mervyn Thomas is calling on the Chinese government to protect the right to freedom of religion or belief for all its citizens.

“These regulations have concerning implication for freedom of religion or belief in China; however, as with the revised Regulations on Religious Affairs, what is even more significant than the regulations themselves is the context in which they are being introduced,” he said.

“Religious communities across the country are facing increasing pressure to conform to a Party-approved version of religious practice.

“In some cases, it is subtle; in others, it is an outright assault on communities’ rights and freedoms, as it is in the Uyghur Region.

“In any case, where churches and other communities have resisted this pressure, their leaders have faced harassment, threats and even prison sentences.”