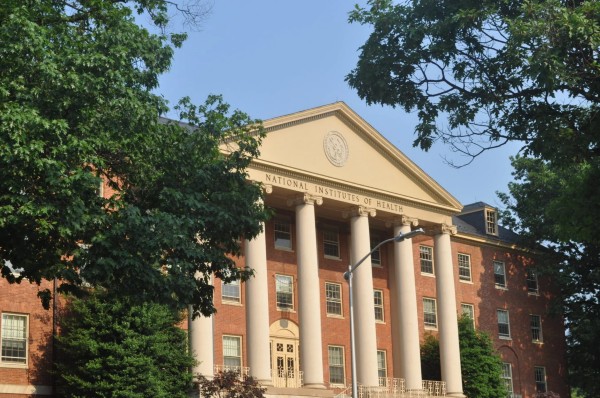 The National Institutes of Health

Reprinted from The Federalist

The Department of Health and Human Services (HHS) announced Tuesday the agency’s watchdog would be launching an investigation into the grant program under the National Institutes of Health (NIH) after the NIH funded a research entity sending money to the Wuhan Institute of Virology (WIV).

From 2014 to 2019, the NIH approved a five-year annual grant of $600,000 to the New York-based non-profit EcoHealth Alliance which in turn, went to study bat coronaviruses that could infect humans at the WIV, a suspected origin site of the novel Wuhan coronavirus.

According to the State Department, the WIV worked in collaboration with the Chinese military and engaged in high-risk “gain-of-function” research, wherein scientists extract viruses from the wild and engineer them to infect humans to study potential therapeutics such as vaccines. This form of research is so dangerous the U.S. government banned its funding in 2014 while HHS implemented processes to evaluate grant proposals before the moratorium was lifted three years later.

Earlier this month, House Republican Reps Jim Jordan of Ohio and Mike Gallagher of Wisconsin launched the first congressional investigation into HHS itself for its failure to properly review the grant to EcoHealth Alliance under the National Institute of Allergy and Infectious Diseases (NIAID), a sub-agency of NIH directed by Dr. Anthony Fauci.

Dr. Fauci has been a longtime defender of gain-of-function research, writing in a 2012 paper the study was worth the risk of a pandemic.

While Dr. Fauci conceded the existence of the $600,000 annual grant to EcoHealth before lawmakers earlier this year, internal documents obtained by Judicial Watch show the amount may have been even higher, as much as $826,000.

On Tuesday, Iowa Republican Sen. Joni Ernst unveiled the NIH as the June recipient of her monthly “Squeal Award” where the senator identifies sources of wasteful government spending. Ernst also unveiled the Stop the Outlay of Payments (STOP) Act aimed to cut funding from groups that refuse transparency over its projects.

In a Tuesday meeting with reporters, The Federalist asked whether we would ever have known that EcoHealth Alliance was funneling money to the WIV in the Hubei Province absent a pandemic, Sen. Ernst said it was “doubtful.”

When asked by The Federalist how her bill would correct that, Ernst pointed to its rejection of federal money from organizations that don’t comply with transparency measures.