Christianity’s Growth Problem Isn’t Politics, It’s Our Failure To Have And Evangelize Children 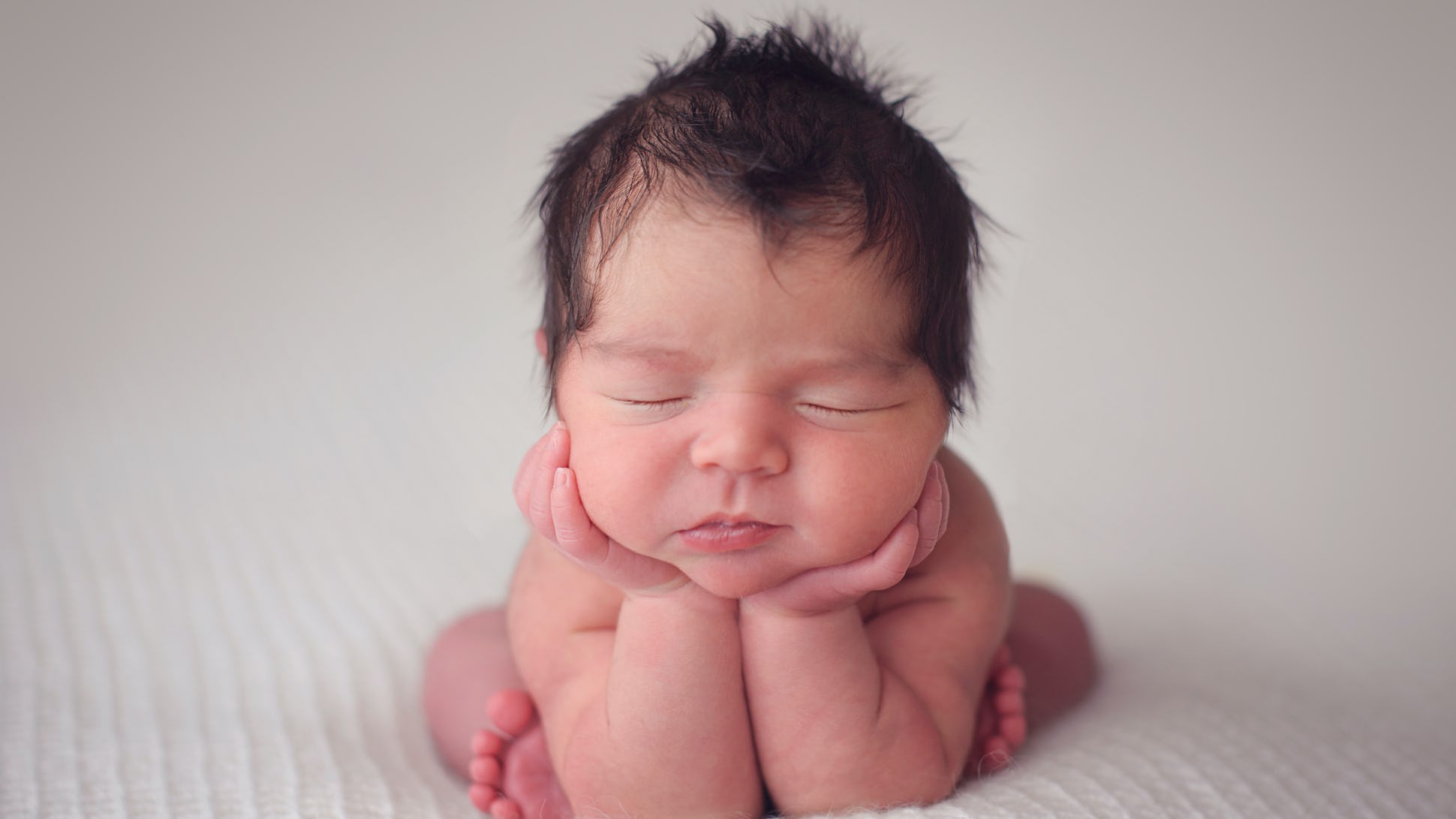 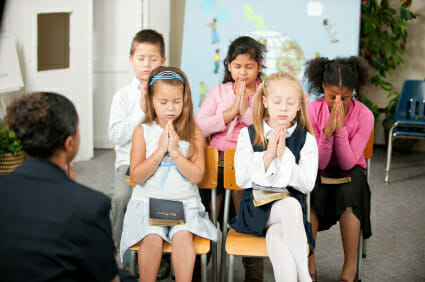 This is NOT just a Southern Baptist problem, or denomination problem — this is a body of Christ, almost all churches, all homes problem…

Christianity’s Growth Problem Isn’t Politics, It’s Our Failure To Have And Evangelize Children

Like just about every other Western Christian body, as well as the United States, the SBC is left to squabble over shrinking slices of a dwindling pie.

Reprinted from The Federalist

The New York Times put out a lengthy preview of the Southern Baptist Convention’s top controversies heading into their annual meeting this week in Nashville, Tenn. Members of the nation’s largest evangelical denomination are weighing the future of their religious body amid numerous theological controversies.

The way the SBC goes will significantly influence Christianity in the United States, which has since the nation’s inception been Protestant-dominated. As the Times notes, “About a third of the country’s evangelical Christians are part of the Southern Baptist Convention.” The SBC is therefore a big deal for anyone interested in American religion.

The convention’s 2021 meeting theme reflects one constant in evangelicalism and even tucked into its name: “We are Great Commission Baptists,” proclaims a logo for the event. “The Great Commission” refers to the biblical passage at the end of the book of Matthew. Christ leaves his disciples with this charge:

And Jesus came and said to them, ‘All authority in heaven and on earth has been given to me. Go therefore and make disciples of all nations, baptizing them in[a] the name of the Father and of the Son and of the Holy Spirit, teaching them to observe all that I have commanded you. And behold, I am with you always, to the end of the age.’

This mic drop comprises the final words of that gospel. Christians thus consider them central to our religious identity and mission. Yet — at least if you go by The New York Times’ story — it seems some Southern Baptists, like many evangelicals, have misinterpreted Christ’s words in such a way as to harm their own religious body, as well as the faith of the people entrusted to their pastors’ care.

Decline Stems From No Babies, Not Being Too Trumpy

The Times reports that one of the SBC’s concerns is “15-year decline” in members, both through potential theological schisms intertwined with politics, such as critical race theory, and through an aging and thus declining membership.

Southern Baptist leaders have been trying to win younger and more diverse members. But while younger evangelicals are still conservative, studies show they are more racially diverse, more likely to support rights for LGBT people and immigrants, and less supportive of Mr. Trump and his politics.

Ed Litton, an Alabama pastor running for SBC president, says evangelicals’ close association with the Republican Party risks alienating people they should be winning over, including the very demographics the SBC needs to attract to start growing again: young people and people of color.

While the Times makes much of contrasting the SBC’s political conservatism with its forecast of demographically decisive American leftism, it doesn’t note that the SBC’s decline is directly related to following broader American culture, instead of Christian beliefs, on a keystone of institutional vibrancy: fertility.

It’s relatively well-known that American Christianity is declining as a percentage of the nation’s total population. Increasing percentages of Americans, most of whom once called themselves Christians, are now calling themselves “spiritual but not religious,” “nones,” and other similarly apathetic labels.

The Times even notes “No religious group skews older than white evangelicals, according to the Public Religion Research Institute: Just 11% of white evangelical adults are aged 18 to 29, while 60% are 50 or older.” But it uses this to suggest the SBC’s alleged need to target young and nonwhite people for membership, sliding right past the obvious reality that the SBC would not be declining if its members merely had raised a replacement-level number of children and the denomination was able to protect most of those children from apostasy.

Instead, like just about every other Western Christian body, as well as the United States itself, the SBC is left to squabble over shrinking slices of a dwindling pie. As The New York Times highlights, such demographic pressures increase theological pressures to water down the faith in an effort to market the religious body to people who may be harder to reach than children raised within the denomination and with the resulting familial, historic, friendship, and philosophical ties.

Evangelization Starts at Home and in Church

I was raised an evangelical, and still consider myself one. (In fact, my adopted Lutheran tradition is the originator, or at least the popularizer, of the term “evangelical.”) As I watched my evangelical peers apostatize as they left childhood, it made me reconsider our churches’ frenetic verbal focus on evangelism. What trust — and financing — was it realistic to place in “evangelization” efforts run by people who are clearly unable to retain current members? Why doesn’t evangelization start at home?

In fact, I think it does start at home. Before running out and attempting to “gain more souls for Christ” (itself theologically suspect, as scripture — at least as Protestants understand it — clearly teaches it is Christ who does all the work to save souls), what about attentiveness to the “feed my sheep” charge Christ gave the Apostle Peter in another mic-drop gospel ending, in John 21?

Shepherds — the antecedent of our word “pastor” — don’t go around rustling sheep. Shepherds tend an existing flock that grows almost exclusively organically, from within the herd. Shepherds cultivate those they are given; they don’t go around trying to convert goats or leaving their flocks to search for others. From where this Christian sits, our Western churches and most of their leaders have done a perfectly horrific job of tending to the lambs Christ has given into their care.

Too many men commissioned as shepherds are off wandering the mountains, leaving their sheep unfed and unprotected while wolves make off with the babies. The answer is not to focus more on wandering around in alleged search of random sheep, nor to steal sheep from other people’s flocks. It is to sacrifice anything necessary to beat off the wolves and protect the lambs.

If You Can’t Catechize People, Don’t Go to Africa

Charles Dickens’ “Bleak House” contains the marvelous Dickensian character Mrs. Jellyby. Mrs. Jellyby is obsessed with what she claims is self-sacrificially evangelizing children in Africa, while her own children live in squalor and lack an education. Her hyperopia bankrupts her husband and earns her children’s rightful contempt and rejection.

I see in Mrs. Jellyby a parallel to many of the evangelical institutions I have known. They spend so much time, money, and effort on what they claim is evangelization while the majority of children who attend their churches grow up and leave the faith.

Evangelicals have led campaigns to “bring prayer back to school” while doing nothing en masse when those campaigns failed. With some notable exceptions, top Christian leaders did nothing to ensure that as many Christian children as possible would receive a Christian K-12 education, abandoning our faith’s historic practice of doing so in wisdom vindicated by research showing that a secular education is the number one reason Americans lose their faith.

Such leaders led campaigns against abortion while refusing to educate church members on the reality that all hormonal birth control can induce chemical abortions of very young babies. To what degree does withholding that massively important moral knowledge from members comprise participating in our nation’s abhorrent abortion regime?

Why is it that evangelicals constantly cite the Great Commission but not the original it echoes from Genesis, which commands people to “Be fruitful and multiply”? As my husband reminds me when I groan about being pregnant yet again, “multiply” encourages aiming for more than two kids.

Being Sex-Positive Means Being Fertility-Positive

Among evangelicals, the gift of sex has been widely framed as what not to do while failing to embrace its natural positive drive toward family formation, which requires the biological complementarity of male-female differences. Human beings’ good and natural desire for sex has a fulfillment point: making babies, and a stable family in which to raise them well. Even evolutionary atheists know that. God made us male and female not just randomly, because it’s fun (although it is), but so that we can be fruitful and multiply.

The combination of only a man and a woman in a lifelong union is the only way to create more human beings in the most optimal environment for the most important thing for everyone in that family: keeping the faith. A commitment to one’s family nurtures one’s faith.

As Mary Eberstadt has documented, family disintegration and the failure of family formation are strongly linked to apostasy. If that is the case, then Christians need to be doing things like countering the cultural insistence that people wait until they are financially comfortable before starting a family and stay artificially infertile indefinitely to help that happen; making theologically robust Christian K-12 schools the top priority of evangelization efforts; and making it more institutionally possible for young people to get started in life without college loans.

It’s not clear how much American Christianity’s decline stems from unthinkingly accepting our culture’s antagonism to sexual fertility and our refusal to prioritize evangelism in the home, but it’s clear there’s a relationship between these that bears deep introspection.

Joy Pullmann is executive editor of The Federalist, a happy wife, and the mother of six children. Her newest ebook is a design-your-own summer camp kit, and her bestselling ebook is “Classic Books for Young Children.” Sign up here to get early access to her next full-length book, “How To Control The Internet So It Doesn’t Control You.” A Hillsdale College honors graduate, @JoyPullmann is also the author of “The Education Invasion: How Common Core Fights Parents for Control of American Kids,” from Encounter Books.
TAGS:
Baptists
birth rates
Christianity
Demographics
evangelicals
evangelism
evangelization
fertility
New York Times
Religion
Southern Baptist Convention
By kenpullen|2021-06-15T16:16:40-04:00June 15th, 2021|Contemplations, History 101, Last Days News, Recommended Reading|0 Comments