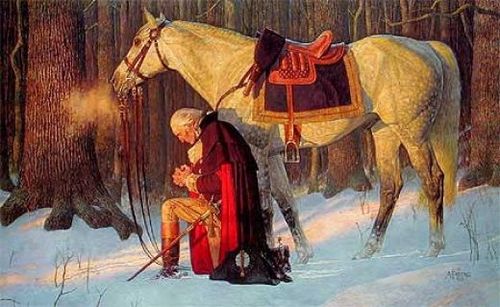 The moral decay in America points to the need for genuine, penitent sincere turning to the Lord and renewal, revival. Not the slick mass evangelism and theatrics associated with what passes for Christianity today, but true revival with conviction of sin, repentance of heart and mind and an outpouring of the Holy Spirit. A revival within the apostate churches parading as Christian churches. A revival and repentance among the sea of worldly not in the Living Word pastors, preachers passing themselves off as shpeherds of flocks who have only been leading those flocks to their second death through their false teachings, through their following a different Jesus preached than the Jesus of the Living Holy Bible.

More often than not, the public face of Christianity turns people away from Jesus rather than drawing them to Him. The gospel is often little more than a self-help philosophy. Jesus is spoken of as whatever you want to make of Him — mere cosmic force, mere man and not the risen Lord, the only begotten Son of God, the God / Man in which is the only source of living water, forgiveness of sin and salvation leading to eternal life, the only Jesus in which we have access to God the Father.

Thank God for the many small pockets, the remnant of true believers in this lost and barren land that has turned from God thinking themselves gods, serving other gods, defiling the Holy Scriptures, abounding in sins and abominations, depravity, gluttony, greed, envy, murder, lying, sexual immorality, false teachers and their sundry false teachings — all the things the Lord does hate and we grieve Him by our sin-filled deeds, words and living.

Thank God there are still living in the Spirit, Bible-based churches and true disciples of the Lord Jesus Christ in this land preferring to worship and serve the Evil One than the Lord our God!

All things are possible with God and those who believe with all their hearts, all their minds, all their souls and being in the infinite power of the Spirit of God to work in the hearts of men and women.

America is a ripe and thirsting land for mission and spreading the true gospel, sowing the seeds and reaping the harvest.

May each of us pray daily, often and fervently for the United States of America to turn from its sin and immorality and godless state, pray that the pastors and preachers of America increase in genuine deep lasting faithfulness and turn to trusting the Holy Spirit to work in them, to provide, to give them voice and for them to boldly preach the Living Word. Unafraid. Not concerned with pleasing men and women or the world, but more concerned with pleasing the Lord and living true to the Word of God.

For that which the Lord has made, richly and abundantly blessed and built He can and will destroy through it’s turning from Him. From its sin and its idol worship, it’s sinfulness, its making the laws lawlessness and sinking into immorality, lies and following the whisperings of Satan in their ears over hearing and doing the Living Word of God in their hearts and minds.

Pray, pray dear ones, pray brothers and sisters daily, fervently, not amiss for the nation of America, its people, its pastors, its preachers and churches. Pray the remnant of genuine Christians thrives and increases in their faith and live as the salt of the land, as a light unto the people they come in contact with so that the glory of the Father can be truly seen in them.