Is Peter the Rock/Foundation of the Church? 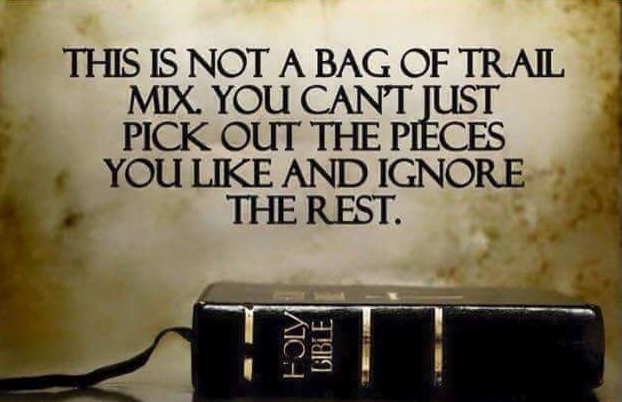 “It shall greatly help ye to understand the Scriptures if thou mark not only what is spoken or written, but of whom and to whom, with what words, at what time, where, to what intent, with what circumstances, considering what goeth before and what followeth after. ”

That’s for starters and that quote by Myles Cloverdale ought to be memorized and remembered continually in every Scripture reading.

Anyone under the strong delusion, the lie that God, the Lord Jesus Christ, or the Holy Spirit established the papacy, the Mary worshipping, idol-worshipping, heretical Church of Rome and that what is meant in Matthew 16 in the words of Jesus is that Peter is going to be a pope? And the foundation of the church? That person needs to pray diligently and faithfully to God asking the Holy Spirit to open their darkened and shielded eyes, their deaf ears, and to learn the truth. To begin to discern wisely.

JESUS CHRIST THE LORD IS THE FOUNDATION OF THE CHURCH! Jesus is the HEAD. Which the Church of Rome and every papal installment disobeys and ignores, preferring instead to worship Jesus’ mother and pagan rites, rituals, and practices, and to rob every culture they went to in order to build their almost boundless treasure, booty, and stolen wealth, which is what they cherish and love more than they do God, Jesus, the Holy Spirit, or the word of God, which they blaspheme and corrupt in their worldly religion bearing no resemblance to the inerrant word of God.

A person is saved by the FREE GIFT OF GRACE provided by a gracious, loving, merciful God through FAITH in His Son, Jesus Christ. Period. Saved by faith in the Lord Jesus Christ. Not by works as the Church of Rome, as other beliefs advertise, profess, push and believe. Saved by faith alone through the free gift of grace from God our Father (to those who believe He is Father, not to all in the world. Do not err in believing that lie either).

And anyone who idolizes, worships a human being? And sets them higher than Jesus? Where in the Bible is that dear ones?

Do not be deceived. Do not be misled. Do not fear wise discernment, judging well and correctly according to the word of God.

Here’s an idea. Get a Bible. Pray to the Holy Spirit for spiritual discernment, understanding, and wisdom. Open that Bible. Read it diligently. Study it. Use a good concordance. Make God’s word your daily nourishment and blessing and remove yourself from the world and its lies, deceptions and falseness. Immersing yourself in the life-giving truth of Scripture.

In which you will not find any mention that Peter is the foundation of the church, or that there ought to be a pope, or anything like the Vatis Cana, or a heretical false faith that worships Jesus’ mother, or that a person can do good things, be good, do the right “works” and earn their way to heaven.

Is Peter the Rock/Foundation of the Church?

Some have suggested that Jesus established the Catholic notion of the papacy and that He declared that Peter would be the first pope, since He referred to Peter as the “rock.” Read carefully the context:

When Jesus came into the region of Caesarea Philippi, He asked His disciples, saying, “Who do men say that I, the Son of Man, am?” So they said, “Some say John the Baptist, some Elijah, and others Jeremiah or one of the prophets.” He said to them, “But who do you say that I am?” Simon Peter answered and said, “You are the Christ, the Son of the living God.” Jesus answered and said to him, “Blessed are you, Simon Bar-Jonah, for flesh and blood has not revealed this to you, but My Father who is in heaven. And I also say to you that you are Peter, and on this rock I will build My church, and the gates of Hades shall not prevail against it. And I will give you the keys of the kingdom of heaven, and whatever you bind on earth will be bound in heaven, and whatever you loose on earth will be loosed in heaven” (Matthew 16:13-20).

Did Jesus intend to convey the idea that the church is built on Peter or that Peter was the head of the church?

The word for “Peter” in Greek is petros (masculine gender) and means a “stone.”1 In contrast, the word for “rock” is petra (feminine gender) and refers to “bedrock or massive rock formations, rock as distinguished from stones.”2 It is true that, assuming Jesus spoke Aramaic, the Aramaic word for both Peter and rock (kepha) are the same.3 However, God did not inspire the writers of the New Testament to write His Word in Aramaic.4 Rather, He inspired them to write in Greek—and the Greek text makes a clear distinction between petra and petros. Interestingly, so does the Latin Vulgate. Anticipating confusion, the Holy Spirit could have easily caused the same word to be used twice, or He could have had Matthew simply state that the Church would be built “on you.”

Contextually, the “rock” upon which Jesus built His Church was the truth that Peter had just articulated: “You are the Christ, the Son of the living God” (Matthew 16:16). This truth is, indeed, the great ledge-rock foundation of the Church. Both Christ’s headship over the Church and His undergirding foundation are stated emphatically in the New Testament:

And He put all things under His feet, and gave Him to be head over all things to the church, which is His body, the fullness of Him who fills all in all (Ephesians 1:22-23).

And He is the head of the body, the church, who is the beginning, the firstborn from the dead, that in all things He may have the preeminence (Colossians 1:18).

For no other foundation can anyone lay than that which is laid, which is Jesus Christ (1 Corinthians 3:11; cf. Ephesians 2:20).

In fact, Peter Himself forthrightly declared Jesus to be the “living stone” (lithos—1 Peter 2:4). He then applied Isaiah 28:16 and Psalm 118:22 to Jesus as the “chief cornerstone”5 (1 Peter 2:6-7). And he also quoted Isaiah 8:14 and applied it to Jesus as well, indicating Him to be “A stone of stumbling and a rock of offense” (vs. 8). The Hebrew synonymous parallelism makes “stone” (from lithos) and “rock” (from petra) the same. Peter is clearly not the petra of Matthew 16:18. Rather, Jesus is—specifically, that He is the Christ, the Son of God.

5 The Greek has “head of the corner,” with “head” being the Greek term kephale. Jesus is the “head”—not Peter.

We are happy to grant permission for items in the “Doctrinal Matters” section to be reproduced in part or in their entirety, as long as the following stipulations are observed: (1) Apologetics Press must be designated as the original publisher; (2) the specific Apologetics Press Web site URL must be noted; (3) the author’s name must remain attached to the materials; (4) textual alterations of any kind are strictly forbidden; (5) Some illustrations (e.g., photographs, charts, graphics, etc.) are not the intellectual property of Apologetics Press and as such cannot be reproduced from our site without consent from the person or organization that maintains those intellectual rights; (6) serialization of written material (e.g., running an article in several parts) is permitted, as long as the whole of the material is made available, without editing, in a reasonable length of time; (7) articles, excepting brief quotations, may not be offered for sale or included in items offered for sale; and (8) articles may be reproduced in electronic form for posting on Web sites pending they are not edited or altered from their original content and that credit is given to Apologetics Press, including the web location from which the articles were taken.