In God We Trust: “Blessed is the nation…” 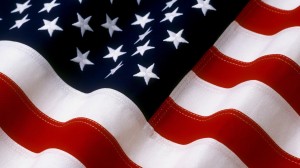 In God We Trust

“Blessed is the nation whose God is the Lord; And the People whom He

hath chosen for His own inheritance.”

“Can we with honesty say “In God we trust” and with a straight face without lying in our hearts and through our teeth profess our God is the Lord Almighty? Jehovah! Elohim! HaShem! God Almighty! Our Creator! Our Father Who art in heaven!? How can this be true when we make our god to be ourselves? Sports stars? Celebrities? Exercise routines? Yoga? Some man or woman on TV or on a radio talk program? Or some pastor, minister, preacher, or priest or denomination in whom we place more faith and trust than we do in God our Father, Almighty God, God Who came to earth to live and teach us, and die upon a tree while asking His Father to forgive them who nailed Him to the cross – Yeshua, Jesus the Lord and Saviour and Messiah! As we turn to the apostasy and follow false teachers and unsound doctrine and we worship the creation and the works of men and women rather than the Creator, the Lord our God? We honesty think we who turn from the Lord and forsake His ways ought to be blessed beyond measure for ever and ever? We are nothing and have nothing without God. The One True God. Every heartbeat, every breath of every moment and day He wills for us to have. As a nation, a people, can we honestly proclaim in God we trust? Can we turn from our ways of serving self and thus serving evil, can we turn from our being lost and from our sin and turn back unto the Lord our God as we did as a people at one time…for a very long time?”

“It is the duty of all nations to acknowledge the providence of Almighty God, to obey His will, to be grateful for His benefits, and humbly to implore His protection and favor.”

“We have no government armed with power capable of contending with human passions unbridled by morality and religion. Our Constitution was made only for a moral and religious people. It is wholly inadequate to the government of any other.”

“Is it not that in the chain of human events, the birthday of the nation is indissolubly linked with the birthday of the Savior? – that it forms a leading event in the progress of the Gospel dispensation? Is it not that the Declaration of Independence first organized the social compact on the foundation of the Redeemer’s mission upon earth? – That it laid the cornerstone of human government  upon the first precepts of Christianity?”

“An appeal to arms and to the God of hosts is all that is left us!…Sir, we are not weak if we make a proper use of those means which the God of nature hath placed in our power…Besides, sir, we shall not fight our battles alone. There is a just God who presides over the destinies of nations and who will raise up friends to fight our battles for us…Is life so dear, or peace so sweet as to be purchased at the price of chains and slavery? Forbid it, Almighty God! I know not what course others may take; but as for me, give me liberty or give me death!”

“To the kindly influence of Christianity we owe that degree of civil freedom, and political and social happiness, which mankind now enjoys…Whenever the pillars of Christianity shall be overthrown, our present republican forms of government – and all blessings which flow from them – must fall with them.”

“I’ve lived, sir, a long time, and the longer I live, the more convincing proofs I see of this truth: That God governs in the affairs of men. If a sparrow cannot fall to the ground without His notice, is it probable that an empire can rise without His aid? We’ve been assured in the sacred writings that unless the Lord builds the house, they labor in vain who build it. I firmly believe this, and I also believe that without His concurring aid, we shall succeed in this political building no better than the builders of Babel.”

“We are a Christian people…not because the law demands it, not to gain exclusive benefits or to avoid legal disabilities, but from choice and education; and in a land thus universally Christian, what is to be expected, what desired, but that we shall pay due regard to Christianity?”

“The Bible is the best of all books, for it is the word of God and teaches us the way to be happy in this world and in the next. Continue therefore to read it and to regulate your life by its precepts…Providence has given to our people the choice of their rulers, and it is the duty, as well as the privilege and interest of our Christian nation, to select and prefer Christians for rulers.”

“Human law must rest its authority ultimately upon the authority of that law which is Divine…Far from being rivals or enemies, religion and law are twin sisters, friends, and mutual assistants. Indeed, these two sciences run into each other.”

“Why may not the Bible, and especially the New Testament, without note or comment be read and taught as a divine revelation in schools – its general precepts expounded, its evidences explained and its glorious principles of morality inculcated?…Where can the purest principles of morality be learned so clearly or so perfectly as from the New Testament?”

~U.S. Supreme Court Ruling in Vidal v. Girard’s Executors, 1844 – Unanimous Decision Commending and Encouraging the use of the Bible in Government-Run Schools.

“Let every student be plainly instructed and earnestly pressed to consider well the main end to his life and studies to know God and Jesus Christ which is eternal life (John 17:3) and therefore to lay Christ in the bottom as the only foundation of all sound knowledge and learning. And seeing the lord only giveth wisdom, let every one seriously set himself by prayer in secret to seek it of Him (Proverbs 2 & 3). Every one shall so exercise himself in reading the Scriptures twice a day that he shall be ready to give such account of his proficiency therein.”

“All the scholars are required to live a religious and blameless life according to the rules of God’s Word, diligently reading the Holy Scriptures, that foundation of Divine light and truth, and constantly attending all the duties of religion.”

To download a free Bible for your phone go to: www.mardel.com/bible