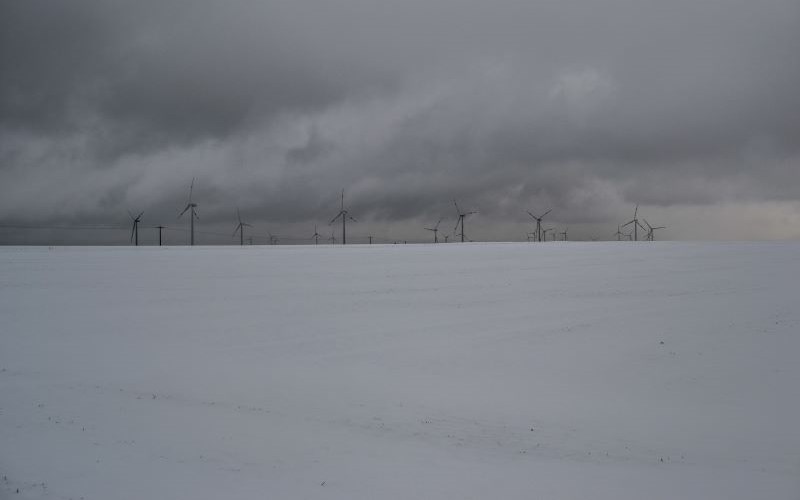 Should each of us be good stewards of this earth and all it is as created by God? Most certainly. Because God did create it in PERFECTION, which man quickly destroyed and corrupted. Polluted. By our sin.

God is in total control of it all. And I believe the Word of God, which tells us men will sow and harvest, the seasons will occur, and everything on the earth will carry on. Right up to the end of it all as it has been known and the return of the Lord Jesus Christ.

While the earth remains, seedtime and harvest, cold and heat, summer and winter, day and night, shall not cease.”

He changes times and seasons; he removes kings and sets up kings; he gives wisdom to the wise and knowledge to those who have understanding;

And if He, God changes times and seasons? Removes and sets up kings? Oversees and is Sovereign over all the earth, all of everything, and as long as the earth remains there will be a time to sow seeds, to harvest, we’ll have all the seasons, cold and heat, summer and winter, day and night — and none of it shall cease? Until the time to remove this created earth and heavens and create a new heaven and earth?

And some politicians, actors and actresses, scientists, corporation CEOs and their upper management, scholars, students, young people, rich people, famous people — so-called environmentalists which is nothing more than a rebranded and packaged paganism. Earth worship. These are going to “save the earth?” Electric cars, getting rid of plastic straws, smart home electric meters, solar panels, and on and on ad nausesum are going to “save the earth?”

All these so-called “environmentalists” that cherish life? Animal life? The earth? I’ve been aware for years prior to reading the information in Mr. Fischer’s fine article below, but all these wind turbines that are supposed to be “earth-savers,” and “life-savers?” They are responsible for killing at least 1,700,000,000 birds annually. Every year. They are in truth large weapons with a lot of misinformation and propaganda behind them when in truth they are one of the most environmentally destructive things on earth! Killing over 1,700,000,000 birds a year. An important animal in pollination and the food chain on this earth. A special and specific creation of God the Father of believers, God the Creator of all things (along with the Lord Jesus Christ).

Men, women, and children vainly imagining they are gods and saviors and so brilliant and in control. They don’t need God, they don’t know God, they refuse God, they mock God.

God will not be mocked.

Why do the nations rage
and the peoples plot in vain?
The kings of the earth set themselves,
and the rulers take counsel together,
against the LORD and against his Anointed, saying,
“Let us burst their bonds apart
and cast away their cords from us.”

He who sits in the heavens laughs;
the Lord holds them in derision…

My wife and I are good stewards of God’s earth. Everything here is His. We do what we can without making “saving the earth” and fanaticism, misinformation, obsession, and worshipping the creation rather than the Creator part of our lives.

We believe the Bible. And not what man may say. God is unchangeable. Man is always changing his tune, his predictions, his statements, and so-called knowledge, convictions, and beliefs. Constantly flip-flopping to and fro. Misinformation and reversal of statements with a continuation to them like the waves of the oceans. And most men and women, and young people put their faith in other men, women, or even children in these last of the last days.

Instead of placing their faith in the Lord our God.

Is it any wonder as these times are as they are and continue to erode, increase in lies and sin that the Lord Jesus must return and judge the world and restore the earth and establish His Kingdom?

In purity and truth.

No more lies of men and women no more causes constantly changing and everyone being told they are the most important thing to focus on and do something about! Or else…

How about discovering what is REALLY the most important matter, and matters as a human being on this earth?

I pray more and more come out of the woods — which we’ll have with us as long as the earth remains and until the Lord returns — and come out of the darkness and the snare that Satan has them held in and they come to the Light, the Way, the Life, and the Truth finally…while they can. Everyone will perish. And the earth will remain until the will of God determines otherwise and His will be done, on earth, as in heaven.

Environmentalists have an unsolvable climate problem in their campaign to rid the world of global warming. Their problem is God.

Environmentalists sooner or later must face the plain fact that there is only one source of heat for the entire planet, and that’s the sun. The earth’s heat does not come from any other source. It doesn’t come from the moon or the stars, or the ocean currents since they must first absorb whatever heat they carry from the sun.

If getting clean air is your thing, you will pleased to note that the World Health Organization, the Vatican of the medical bureaucracy, recently certified that the U.S. has cleaner air than any of the European signatories of the Paris Accords, including Germany, Italy, Switzerland, UK, Japan, Austria, and France. This is largely due to our increased use of natural gas which has lower greenhouse gas emissions than any other fossil fuel, if that’s important to you.

Texas, which produces 41% of the nation’s crude oil, foolishly has gone whole hog into wind energy. It now gets 23% of its energy from wind. That’s just fine, until the wind stops blowing or until, as happened last week, frigid temperatures cause your wind turbines to seize up. The cold snap took half of Texas’ wind power offline.

Germany is the world leader in the use of both wind and solar, and is in the process of dismantling all of its nuclear plants, which produce exactly zero carbon emissions. Yes, zero, as in nada, zip, zilch. Germany is now in the midst of a brutal winter, in which its 30,000 wind turbines are useless because the wind isn’t blowing, and solar panels are useless because they are covered with snow. Consequently, Germany is getting somewhere between 0% and 2% of its energy needs from green energy. It’s had to rely on coal, believe it or not, to make it through the winter.

Wind turbines are responsible for another eco-catastrophe, as these bird-blenders are now estimated to kill 1.17 million birds a year. Bottom line: there is no trendy, hip, efficient alternative to fossil fuels to heat our homes and power our cars and factories. The only question is how much damage we are going to do to ourselves until we figure that out.