Who Is ‘Crying in the Wilderness’? 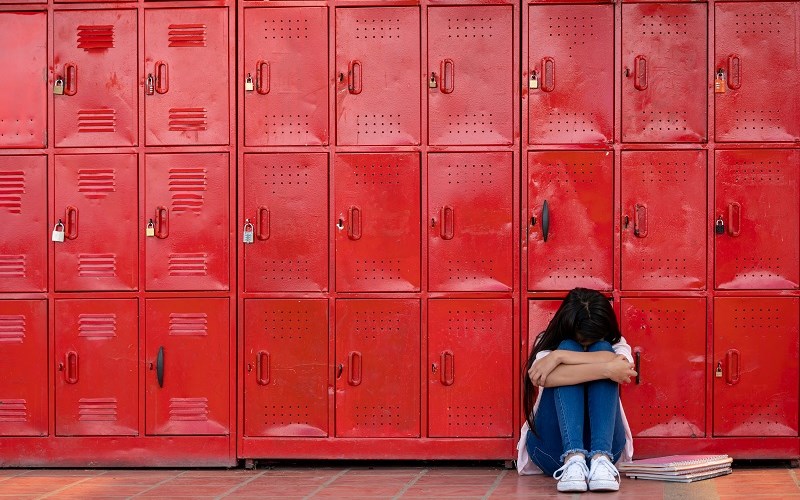 Who Is ‘Crying in the Wilderness’?

English Bible teacher Arthur W. Pink [1886-1952] immigrated to the United States to study at the Moody Bible Institute in Chicago, Illinois, and subsequently pastored churches in Colorado, California, Kentucky, South Carolina, and Australia. Regarded as one of the most influential evangelical authors in the second half of the 20th century, Arthur Pink, in the words of John MacArthur, “was a master of biblical exposition, carefully mining the biblical text for every ounce of true meaning, every nuance of doctrine, and every point of personal application he could discover. … It is the kind of straightforward teaching that is desperately needed in an era when difficult biblical truths are sometimes purposely softened, made foggy, or revised to suit the preferences of sophisticated postmodernity.”

It took Pink 15 years to write and finalize his Exposition of the Gospel of John. On John the Baptist, characterized in John 1:23 as “the voice of one crying in the wilderness,” Pink noted:

“What a position for the Messiah’s forerunner to occupy! Surely his place was in Jerusalem. Why then did not John cry in the temple? Why, because Jehovah was no more there in the temple. Judaism was but a hollow shell: outward form there was, but no life within. It was to a nation of legalists, Pharisee ridden, who neither manifested Abraham’s faith nor produced his works.”

The same could be said of 20th-century America. With the false religion of secularism having removed the fixed point in order to judge, the once biblically-based nation is now no more than a hollow shell, an outward form, without any spiritual vigor or impact on the culture.

As such, Jesus Christ might be identified as an Elijah, a social reformer who will be tolerated, or as Christ the Prophet, a respected teacher of ethics. But it is absolutely forbidden to even mention Christ of the Cross at secular education’s Easter break, where the lamb of God was sacrificed for sin according to Pink in Exposition of the Gospel of John.

Along that vein, it is quite revealing to compare present-day Harvard, the nation’s oldest institution of higher learning, with its original Harvard College mission statement of 1646:

“Everyone shall consider as the main End of his life and studies, to know God and Jesus Christ, which is Eternal life. John 17:3.”

Early American education was intrinsically Christian, manifesting the valiant, vigorous theology the American Founders brought from their fiery trials and stormy times to the Eastern shores. Their Christian grand mission “for the glory of God and advancement of the Christian faith” [Mayflower Compact] gave rise to the nation’s spiritual drive, which, in turn, prompted its meteoric rise. The Puritan passion for education underpinned its structure, with 106 of America’s 108 established colleges being distinctly Christian.

In the spirit of Proverbs 1:7 that “the fear of the Lord is the beginning of knowledge,” early American education deemed “fear of the Lord” the cardinal point of education, taking fully in account that “fools despise wisdom and instruction.”

Solomon’s addition in Proverbs 9:10 that the fear of the Lord is likewise the beginning of wisdom occasioned Dr. Bruce K. Waltke, America’s foremost living authority on Old Testament wisdom literature, to observe:

“The wise, who deserve to sit at wisdom’s table, begin their educability with their submission to the highest authority; the Lord.”

The cornerstone of 17th and 18th-century public education consisted of the New England Primer. Roger Schulz writes in “A Christian America:  Education and the Founders”:

“The Primer taught the ABCs: each letter of the alphabet was associated with a Biblical character or a scriptural lesson, and a corresponding doctrinal truth was anchored in the mind with a rhyme. A was for Adam; there was a woodcut of Adam and Eve; then the rhyme, ‘In Adam’s fall, we sinned all. C was for Christ, and with the saying, ‘Christ crucified for Sinners Dy’d…” 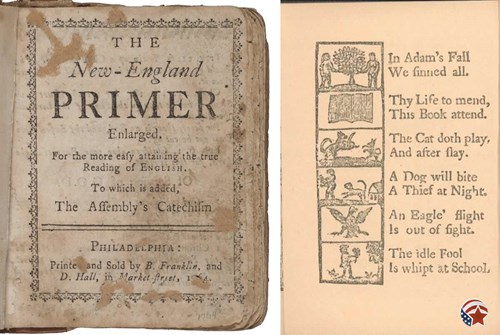 This formed the theological bedrock of the biblically-based culture.

As Arthur W. Pink put it:

“God will never have it forgotten that the Cross is the basis of all blessing.”

Early American education inspired integrity and uprightness in its students, validating virtuousness and morality as fundamental for freedom and liberty. The Founders understood that politics is downstream from culture, and consequently, that biblical wisdom is inseparable from knowledge.

Presbyterian theologian Archibald Alexander Hodge [1832-1886], the principal of Princeton Seminary from 1878 to 1886, predicted early on the danger of decoupling American education from Christ:

Warning that secular education would become “the most efficient and wide instrument for the propagation of atheism that the world has ever seen,” Hodge concluded:

“I am as sure as I am of Christ’s reign that a compulsory and centralized system of national education, separated from religion…will prove the most appalling enginery for the propagation of anti-Christian and atheistic unbelief, and of anti-social nihilistic ethics, individual, social, and political, which this sin-rent world has ever seen.”

A government that has explicitly:

This is not going to end well if contemporary American Christendom does not reengage Jesus’ ekklesia kingdom assignment in the public square from Matthew 16:18, in which the “gates of Hades will not prevail.” The current operating model of “butts, budgets and buildings” has been tried and found wanting.

Every church in America should have a pastor, elder, deacon, or congregant running for local office: city council, county commissioner, or school board in 2022, 2024, 2026, and thereafter if America is to make it through.

“The structure of American society is being demolished brick by brick. Within a few short years, Americans will have reached the ‘liberty’ desired by Jean-Jacques Rousseau, the abolition of every particular dependency. This is what Hannah Arendt called ‘the atomistic mass’, a precondition for the establishment of totalitarianism. But the American body politic remains supine, like a fat sow, occasionally twitching or flicking her tail at the pricks of the insects but doing nothing to evade the approach of the butcher.”

Still and all, Gideons and Rahabs are beginning to stand.