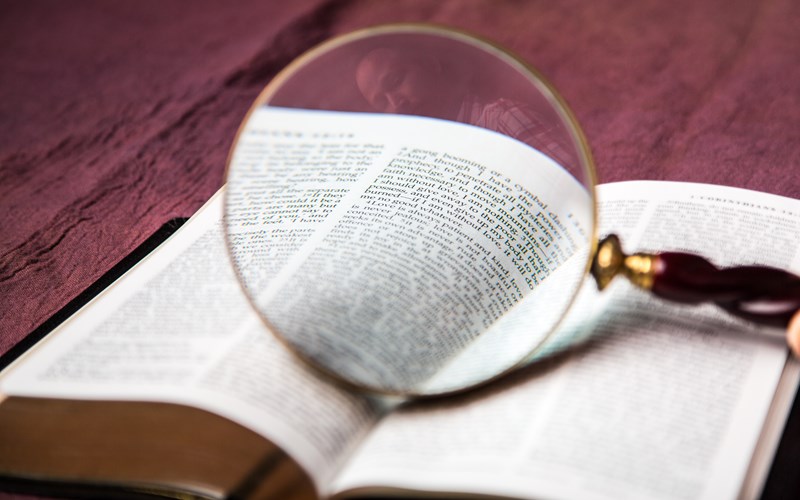 …For such men are false apostles, deceitful workmen, disguising themselves as apostles of Christ. And no wonder, for even Satan disguises himself as an angel of light. So it is no surprise if his servants, also, disguise themselves as servants of righteousness. Their end will correspond to their deeds.

Warning Concerning Antichrists — “they went out FROM US…”

For the time is coming when people will not endure sound teaching, but having itching ears they will accumulate for themselves teachers to suit their own passions,

For the time will come when they will not endure sound doctrine; but after their own lusts shall they heap to themselves teachers, having itching ears;

Above Scripture was not included in the article below and has been added here by the administrator of A Crooked Path. And all these times are now here. Upon us. In what passes for the Christian church in more and more places…

Reprinted from the American Family Association

“The thief comes only to steal and kill and destroy. I came that they may have life and have it abundantly,” (John 10:10, ESV).

When churches try to spread faith and hope without being tied to Scripture – which points to Jesus as the way, the truth, and the life (John 14:6) – they are spreading false hope, which may cost their congregants eternally. Pressure to ignore or redefine Scripture is currently most evident in one area in the church.

Apologist Dr. James White, director of Alpha and Omega Ministries, is among many Bible scholars who discern that denominations that gradually collapse on sexual ethics and morality do so because their view of Scripture had already collapsed. This continued until they no longer even had a gospel.

“When you see the dead, mainline churches boarded up in our communities, churches that, 50-60 years ago, were not in that condition, that is the reason,” said White in an interview with American Family Studios. “They’ve abandoned the firm foundation of Scripture until the only thing left is for people to believe what they want to believe.

Here’s the battlefront: Can someone claiming to be in a saving relationship with Christ willingly cling to sin while simultaneously clinging to the forgiveness of Christ?

Can wrongly dividing the Word, e.g. simply changing one verb from past to present tense, determine the fate of souls?

“The demand is being made within the church, and the demand’s being made outside the church to alter the tense of the verb in 1 Corinthians 6:11,” White explained.

Or do you not know that the unrighteous will not inherit the kingdom of God? Do not be deceived: neither the sexually immoral, nor idolaters, nor adulterers, nor men who practice homosexuality, nor thieves, nor the greedy, nor drunkards, nor revilers, nor swindlers will inherit the kingdom of God.  And such were some of you. But you were washed, you were sanctified, you were justified in the name of the Lord Jesus Christ and by the Spirit of our God (1 Corinthians 6:9-11, ESV, emphasis added).

This issue of verb tense, “were” above, brings us to the same tension Eve faced when the serpent asked, “Did God really say…?”  Instead, the question now comes from those wanting to reshape scriptural meaning in order to impose the affirmation and inclusion of lesbian, homosexual, bisexual, transgender, and queer behaviors into and onto the church – behaviors God calls sin.

The meaning of the original word is so important, White believes it can even be used as a test for the plethora of books which want Christians to submit to the lesbian, homosexual, bisexual, transgender, and queer agenda. This agenda has tried to force Christians to either acquiesce to or accommodate what God calls sin all in the name of love and acceptance, even though the Bible shows God’s holiness does not ever tolerate sin.

Mankind treats itself with cruelty by calling sin – what God calls evil – good.  It is worse when it is done within and by the church.

“The apostle made it very, very plain that the moral content of the law continued to be normative. Any book you read [about lesbianism, homosexuality, bisexuality and transgenderism and Christianity], you need to look at how they deal with 1 Corinthians 6:9-11, and see if they’re honest about that,” said White.

He continued: “If you read a book that stops and doesn’t go into verse 11, if you don’t get to the redemptive element of it, well, then you’ve lost the whole point of what Paul is saying.  And that is, that this is not an unforgivable sin. He says to the Corinthians, such were some of you, but there’s been a radical change.”

The pressure is from both inside and outside the church to “get along” by just changing the tense of the verb. For example, the Revoice Conference is a nonprofit group of “conservative homosexual Christians” pushing the church to affirm the lesbian, homosexual, bisexual, transgender, and queer agenda via such changes to scriptural meaning. It’s just a small thing, lesbian, homosexual, bisexual, transgender, and queer advocates say.

“But what if you change the tense of a verb in John 1:1?” White asked. “‘In the beginning was the Word.’ What if you simply change that from what’s called the Greek imperfect, which means the Word has eternally existed in the past?  What if you change it into the tense which would mean the Word came into existence? If this were allowed, you’ve completely changed the faith of Christianity.”

“The thing that really concerns me is that people are developing a theology that is not in accordance with what God says creation itself would require,” White said. “They do this even though same-sex attraction would be fundamentally disordered, a confusion. They’re developing a theology that says ‘But as long as you have it, we can sanctify it. We can make it something that is seen as a gift from God.’

“I see a fundamental degradation in the Christian community when we no longer use God’s standards as a determinative factor. Society is telling us that this is a make it or break it subject – that they are going to put maximum pressure on us. So, we have to have a maximally strong foundation at the exact same point of the approach of society. We have to know why we believe the things we do.”

White concluded with a challenge: “This requires a really deep theology of Scripture, as well as a belief that God is the one who made us. The real power of the Christian message is found in the positive definition it makes of who God is, what marriage is, what sexuality is, what its purposes are, the goodness of maleness and femaleness. That is the positive aspect culture wants us to deny.”

But God’s truth is still true. Good is never evil, and evil is never good.

Dr. James White is director of Alpha and Omega Ministries (aomin.org) and is featured on In His Image, an AFA documentary to debut in October.

▶ Reaching Muslims with the Gospel is a 67-minute DVD that helps Christians understand the five pillars of Islam, what Muslims believe about Jesus, and the arguments Muslims use against Christianity.

Both DVDs are produced by AFA Cultural Institute series, available at afastore.net or 877.927.4917.

Cannot be said or read or practiced enough…