Will Christ say He never knew you? 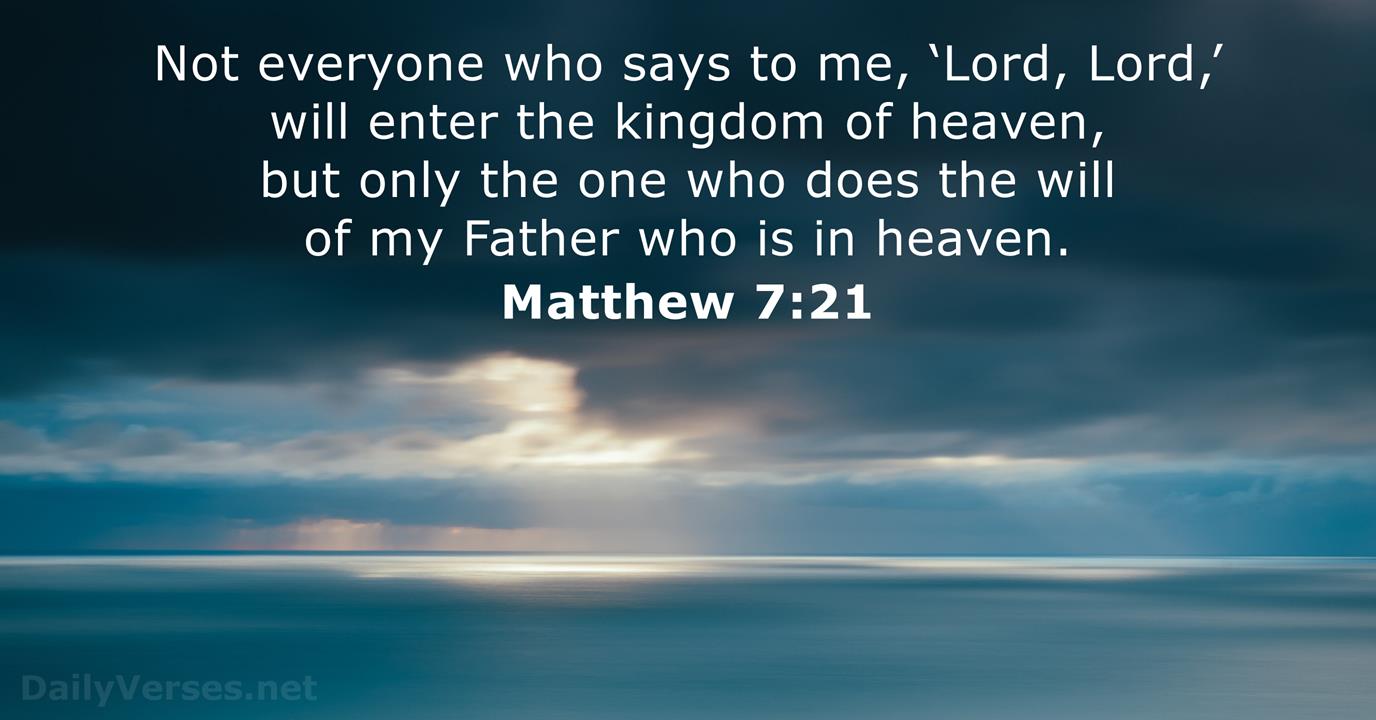 Will Christ say He never knew you?

I Never Knew You

Having just listened to John MacArthur’s message entitled The Damning Deception of Empty Words and Empty Hearts, which covers the end of Matthew 7 and Christ’s judgment on those who thought they were truly saved but were not, a man called into MacArthur’s Q&A line and nervously asked the pastor/teacher a question.

“Should I be worried that I’m one of those people?”

MacArthur told him that we all need to follow Paul’s advice in 2 Corinthians to, “Test yourselves to see if you are in the faith; examine yourselves! Or do you not recognize this about yourselves, that Jesus Christ is in you—unless indeed you fail the test?” (13:5).

This seems particularly important today given a story highlighted in Christian Post, which referenced a recent report by the Barna Group/Cultural Research Center at Arizona Christian University. Among other things, it showed 51% of American adults say they’re believers, but only 6% of professing Christians actually hold a biblical worldview.

This information dovetails with another CP article last year citing Barna data that showed only 2% of millennials have a Bible-centered view of the world. At that time, I wrote an article on those findings where I asserted that, although depressing to read, the fact that only a small remnant of professing believers has true saving faith is biblical. When Jesus says that only a few will enter through the narrow gate that leads to life (Matt. 7:14), He means just that.

But how does a person actually examine themselves to know whether they are indeed one of the “few”? Like the man who anxiously queried MacArthur on the matter, should you and I be worried that Christ will one day say He never knew us and assign us to an eternity without Him?

In what I believe to be the best work ever written on the subject, Jonathan Edwards begins his book entitled A Treatise Concerning Religious Affections with these words: “There is no question whatsoever, that is of greater importance to mankind, and what is more concerns every individual person to be well resolved in, than this: What are the distinguishing qualifications of those that are in favor with God, and entitled to his eternal rewards? Or, which comes to the same thing, What is the nature of true religion? And wherein do lie the distinguishing notes of that virtue and holiness that is acceptable in the sight of God?”

Addressing Edward’s questions, MacArthur’s Empty Words message cites the short passage contained in Christ’s Sermon on the Mount: “Not everyone who says to Me, ‘Lord, Lord,’ will enter the kingdom of heaven, but he who does the will of My Father who is in heaven will enter. Many will say to Me on that day, ‘Lord, Lord, did we not prophesy in Your name, and in Your name cast out demons, and in Your name perform many miracles?’ And then I will declare to them, ‘I never knew you; depart from Me, you who practice lawlessness.’” (Matt. 7:21-23).

In this short set of verses, we find both the reason for acceptance into Christ’s kingdom and the reason for rejection. The person who enters is the one “who does the will of My Father” and those who are denied are the ones “who practice lawlessness”.

Thinking that Jesus is implying some sort of works-based salvation is clearly wrong because Christ specifically says that the ones rejected detail a laundry list of deeds they have supposedly done for Him including prophecy and casting out demons.

While confusing to read at first, remember that, in the Old Testament, Balaam was used by God to deliver true prophecies to the king of Moab about Israel but he’s described as one “who loved the wages of unrighteousness” (2 Pet. 2:15). And when it comes to exorcising demons, don’t forget that Judas was among those who were commissioned to heal the sick and cast out demons (Matt. 10:1).

So, what actually constitutes the person “who does the will of my My Father” vs. the one “who practice lawlessness”? Let me begin an answer from my own personal experience.

And I had no affection for God whatsoever.

There is no question in my mind that, back then, I was one of Barna’s 50+% that think they are Christians but are not. I was absolutely on the road to Christ saying He never knew me.

But after God drew me to Himself (John 6:44) through my own study of Bible prophecy, every affection inside me became radically different with respect to Him. I had the same job, went to the same school, had the same friends, same family, and went to the same church so nothing outside me changed in any way.

But inside? I now craved the Scriptures, sought out the best Bible teachers and listened to them all the time, gave to charity with joy, prayed constantly, and literally ran to church whenever possible.

None of those desires were in me before.

I began to love and do what God loves, hate what God hates, and mourn over my sin – something that still continues with increasing intensity today. In short, I became someone “who does the will of my My Father” from the heart.

Edwards describes what happens to all born-again believers like this: “True religion, in great part, consists of holy affections…Even as the chief sign of life is motion, the chief sign of saving grace is holy motion, movement toward holiness.”

Edwards says you know something is alive because it has ‘motion’, i.e., it moves. Before, I didn’t ‘move’ towards God; I was “dead in [my] trespasses and sins” (Eph. 2:1). But afterwards, all my ‘motion’ shifted in the direction of Christ.

Immediately before talking about those who will be rejected on judgment day, Christ says this about knowing the true believer from the fake: “You will know them by their fruits. Grapes are not gathered from thorn bushes nor figs from thistles, are they? So every good tree bears good fruit, but the bad tree bears bad fruit. A good tree cannot produce bad fruit, nor can a bad tree produce good fruit. Every tree that does not bear good fruit is cut down and thrown into the fire. So then, you will know them by their fruits” (Matt. 7:16-20).[1]

Does the true believer still fight sin? Of course; even the great Apostle Paul detailed his struggle with his old nature in Romans 7. But as Edwards wrote, your movement – however gradual – will always be away from sin and towards holiness.

What about you? Like the man who phoned MacArthur’s Q&A line, should you “be worried that I’m one of those people”, i.e., someone Christ will declare He never knew?

Robin Schumacher is an accomplished software executive and Christian apologist who has written many articles, authored and contributed to several Christian books, appeared on nationally syndicated radio programs, and presented at apologetic events. He holds a BS in Business, Master’s in Christian apologetics and a Ph.D. in New Testament. His latest book is, A Confident Faith: Winning people to Christ with the apologetics of the Apostle Paul.