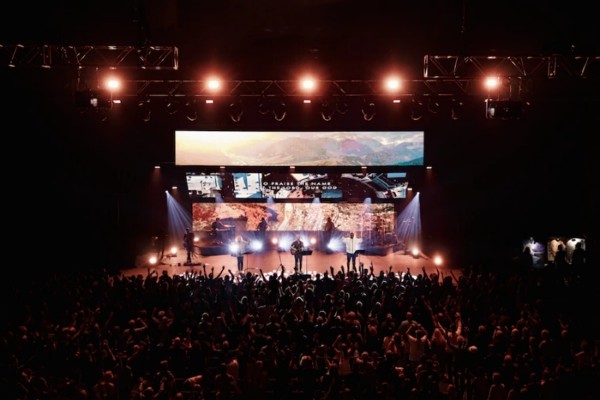 There is much, MUCH in the way of false teachings, a false gospel, heretical teachings in what passes for Christian music. It is designed by the devil, who is the choirmaster in all of this, in his cunning, subtle, attractive manner to pull away, to lie a bit here, lie a bit there, add a pinch of this, remove a bunch of that in the mix of sinister, deadly, lying ingredients.

The lyrics, the choreography, the music itself, the ENTERTAINMENT to DISTRACT and keep from the true word, the true gospel is either subtle or overt, but it is all done as these are those among the walking dead soldering for the Enemy, blind and oblivious and are not soldering for the Lord Jesus Christ as they contend. There are more wolves in sheep’s clothing, more ministers of Satan on the stages, in the pulpits in this time, these last of the last days Biblical times than there are soundness, truth, of the word preachers, teachers, singers, music makers! And unless there is a great turning back to the word, to God, to Jesus, to the Holy Spirit in a humbled, repentant obedience, a true revival of the heart and mind and how we live these folks, these matters will only increase and spread their darkness and take many down with them.

There is no substitute for the truth. And to make a joyful noise to the Lord, to rejoice, to express such joy untold and unknown for His grace and mercy afforded does not mean smoke, light shows, massive sound systems, a Las Vegas, worldly show of things. To turn everything into rock music and dull distracting misleading lyrics. People can learn and know REAL hymns of praise to God. They can learn to read the words, sing the words, to the music written for that hymn. They really can. Ask yourself this — why this explosion of changing music in churches so radically over the past 40 years when for centuries real hymns of praise and honor to God sufficed and were accepted? Why this radical change? Due to the LIE, it had to happen in order to keep young people in church? Sorry, that’s a heaping pile of dung and anyone of light, character, and speaking anything true or of even modest understanding ought to see that and know it as a heaping pile of dung!

No one, no matter who, who preaches, teaches, writes about, sings about a FALSE UNSOUND DOCTRINE and they do so in the name of God? In the name of Jesus? In the name of Christianity? They are HERETICS. FALSE TEACHERS. ANTICHRISTS IN TRUTH.

And those involved, those producing such are racking in millions of dollars. There is greed and corruption here besides heretical teachings my dear brother, sisters, friends, and foes.

Forget having to shake yer booty and move to the music, forget that being ENTERTAINED and you “feeling good” is what the music is all about.

It’s to HONOR THE LORD OUR GOD. TO SING PRAISES. NOT FALSE DOCTRINES, NOT A FALSE HERETICAL GOSPEL designed, created, produced, and executed to make individuals “feel good” or show up, or fork over the dollars, or to fill the pews and seats with fannies!

It’s all about God.

Or, it’s supposed to be…but we’ve really gotten away from that haven’t we, and made it all about us!

(While you’re here please take some time to look over and listen to some of the related links appearing after the article below, thank you…)

Tennessee recording artist and worship leader Mackenzie Morgan has gone viral after she posted on social media that she can no longer “stay silent” about what she says are heretical teachings of groups such as Bethel Music, Elevation and Hillsong Worship.

In a July 12 Facebook post, Morgan, who leads worship for Refine Church in Lascassas, Tennessee, criticized what she dubbed the “false teachings” in some of today’s most popular worship music. As of Tuesday afternoon, her post had over 10,000 shares. 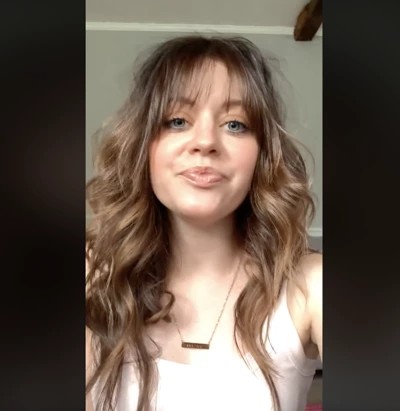 After spending time studying mainstream worship music, the 24-year-old worship leader said she “was met with a terrible feeling of grief and sadness for what I was supporting.” She then specifically named popular worship groups Hillsong, Elevation Worship and Bethel Music.

“Maybe it’s time we start looking at the Scriptures to see what God truly calls for in worship and get over what we want,” she continued.

Though stressing the problems with modern worship music are “too numerous” to list, Morgan specifically called out the teachings of Steven Furtick, the lead pastor of North Carolina megachurch Elevation.

“… I cannot support these churches such as Elevation and the teachings of Steven Furtick. For his belief in modalism, which is the belief that God is not one being and three persons, but that God switches into ‘modes’ of each person of the Trinity. Folks, that is heresy,” she argued.

A Charlotte-based Christian group previously criticized Furtick for his seeming rejection of orthodox views of the Trinity. They highlighted a sermon where the pastor quoted John 16:7: “But very truly I tell you, it is for your good that I am going away.”

The group called Furtick’s comments “twisted” and accused him of promoting a modalist doctrine. Elevation’s website, however, says the church holds to an orthodox view of the Trinity.

Morgan went on to express her discomfort with Bethel Music, a criticism she said “should be pretty obvious.”

Bethel Church is regularly criticized due to its focus on supernatural ministry. Church leaders Bill and Beni Johnson have also personally been accused of heretical acts.

Bill Johnson’s “Jesus Christ is perfect theology” has come under scrutiny for promoting the idea that it is always God’s will to heal someone. Beni Johnson was accused of “grave soaking” after posting photos of herself lying atop the graves of iconic Christians such as C.S. Lewis.

Beni Johnson has also been slammed for her emphasis on angelology. She once explained in a blog post that there are “different kinds of angels: messenger angels, healing angels, fiery angels” who have “fallen asleep.”

“Theology matters,” Morgan continued. “I can’t even stress that enough. It matters if a song is weak in theology and is not accurately displaying the Holiness of our God. It matters if churches are spreading a prosperity Gospel that is different from the Gospel found in Scripture. It MATTERS that each Sunday churches pay royalties to these churches in order to be able to sing their music, furthering [their] outreach and their false gospel message.”

The singer said she regrets having “supported these churches” by singing their songs and “opening up the doors for others to discover their false teachings.”

“What if the majority of the church is leading its people astray singing music that is less than worthy of a Sovereign and Holy God?” she asked.

“There are no gray areas in God’s Word,” she declared.

She concluded her post by recommending songs from worship groups CityAlight and Sovereign Grace Music.

In a follow-up Facebook video, Morgan thanked the thousands of people who supported her post. She admitted that she anticipated pushback by discussing her very “real concerns” with fellow Christians.

Morgan said she is now working with her church to help answer questions and “be a reliable source” about worship music.

VIDEO: I Will Sing of My Redeemer — Fernando Ortega

Hymn: “Stand Up, Stand Up for Jesus” by George Duffield, Jr.

HYMN: He Heard My Prayer: A sinner lost, and yet I came

Hymn: “When I Survey the Wondrous Cross” by Isaac Watts

Hymn: “How Great Thou Art” by Carl G. Boberg and Stuart K. Hine

VIDEO: Chris Rice — O Love That Will Not Let Me Go

Hymn: “Go Tell It on the Mountain” (Video)

Hymn: “All Things Bright and Beautiful” by Cecil F. Alexander

Jesus, Lover of My Soul: By Charles Wesley

Blessed Are the Humble Souls That See: Isaac Watts