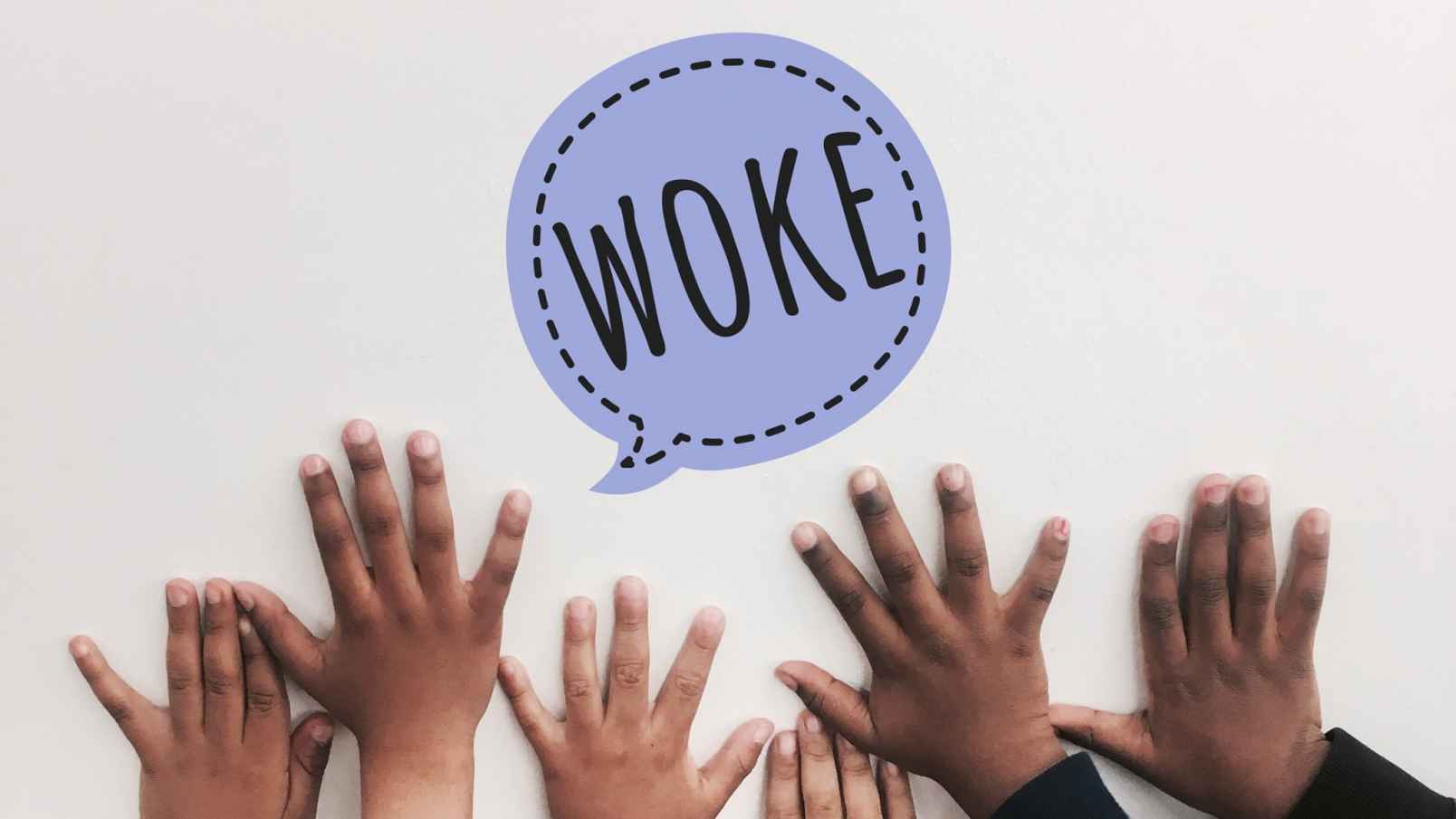 What is not understood at all, is not considered, is blatantly denied, and cast aside in all of this is the FACT, the TRUTH all that is taking place is setting in order, arranging, making way for the entrance of the Antichrist and his false prophet.

The people of the world, those in utter darkness — no matter their level of education, their human intelligence, their experience, all things considered — if they are not transformed by the renewing of their hearts and minds by the power of the Holy Spirit they will attribute all things to nationalism, politics, left ideologies, right ideologies, psychologies, worldly philosophies and ideologies, and they always, always, always continue to stumble and fall because they are darkness stumbling about in the darkness of the world’s lies, delusions and illusions.

Blaming this that, or the other thing. Blaming someone else. Saying and writing, “If only…” bur always from a lost worldview rather than a spiritual godly Biblical view.

Therefore nothing they say or write has at its core, its foundation the cornerstone of truth, and therefore whatever they are building their premises upon, their assumptions, their desires, and so-called facts will fall. Utterly. Terribly. Just as the man who built his house upon the sand.

For the words, ways, beliefs, and ideologies of man are as sand. Nothing solid. Shifting always. And no place to build anything upon.

They ignore, despise, mock, spit upon, deny the Rock, the Lord, Jesus Christ the Saviour and Redeemer.

And thus whatever they attempt to say, write, or build upon will be faulty. Of this world. Its sources coming from a biased, tainted, poisoned source.

They do not know the Way to think or be or live.

They do not know the Life they are living will fail, vanish and their eternities will be one of horrendous pain and suffering and alienation from God.

They do not know the Truth and prefer the lie. The lies of he who they serve, Satan, the god of this world for a season.

They do not see, know, or care to come into and walk in the Light.

So it goes, so it goes in this escalating spiritual war.

The people, sadly, fall short, stop short and vainly, ignorantly, foolishly believe it’s all about politics, nationalism, saving America, conservativism vs. liberalism, and the devil and his legions of ministers have been wonderfully and tragically successful, probably beyond their expectations, in misleading and enslaving billions of people so quickly and getting all this arranged, established, set up for the entrance of the son of perdition and his false prophet.

But this is NOT about America, or anti-Americanism, or leftists, or progressive liberal destruction, it is NOT about political ideologies, political parties, or nationalism or preserving a Constitution — this is all truly about getting everything in order, capturing and enslaving the minds of the young, brainwashing, indoctrination in order to set everything up for the entrance of the Antichrist and his false prophet. About making the laws lawlessness. About tearing every known and established foundation down and replacing it with the lie, with delusion. And at the pace of erosion, sin, abomination, and wickedness on the earth and the people already being given over to reprobate minds the entrance of the son of perdition and his false prophet is most likely happening much sooner than it is later.

The Left’s unceasing efforts to turn the young against America will be supercharged with your tax dollars if a radical new plan devoting $6 billion to leftist educational indoctrination becomes law.

The proposed “Civics Secures Democracy Act,” introduced in Congress last month would authorize $1 billion per year in federal grants over six years for K–12 curriculum development, teacher training, and research on the teaching of history and civics.

It would also subsidize left-wing political agitation for course credit.

“Patterned after the environmental movement’s co-opting of children in the 1970s, we face both the bogus critical race theory and phony civic action programs that are fundamental challenges to our very way of life.”

U.S. taxpayers have indeed been funding subversive left-wing groups like the now-defunct Association of Community Organizations for Reform Now (ACORN) and Saul Alinsky’s Industrial Areas Foundation since at least the Johnson administration. Radicals advance their objectives, erode civil society, and send you the bill.

The Biden administration is fully behind this push to further entrench an ahistorical, politically slanted interpretation of American history and civics into the nation’s classrooms, where, in many cases, the writings of dead communist scholar Howard Zinn, along with nonsensical pabulum from the 1619 Project and the Southern Poverty Law Center, are already taught as objective truth.

The 1776 Commission’s final report described Critical Race Theory as “a variation of critical theory applied to the American context that stresses racial divisions and sees society in terms of minority racial groups oppressed by the white majority.”

“Equally significant to its intellectual content is the role Critical Race Theory plays in promoting fundamental social transformation,” it stated, “to impart an oppressor-victim narrative upon generations of Americans. This work of cultural revolution has been going on for decades, and its first political reverberations can be seen in 1960s America.”

Astonishingly, at least two Republicans in Congress who ought to know better are onboard.

The legislation, known in a previous iteration as the proposed “Educating for Democracy Act,” was introduced in the House as HR 1814 by Reps. Rosa DeLauro (D-Conn.), Earl Blumenauer (D-Ore.), and Tom Cole (R-Okla.). The Senate version of the bill was introduced by Sens. Chris Coons (D-Del.) and John Cornyn (R-Texas).

“The events of recent weeks have illustrated how fragile the democratic process is. We need to help train young people to appreciate how our democracy works,” said Blumenauer, referring to the endlessly overhyped security breach during the congressional certification of the presidential election at the U.S. Capitol on January 6 and its aftermath.

“This effort has never been more important, and our legislation is an opportunity for the federal government to place money behind efforts to supercharge civics education,” he said.

Left-wingers, by the way, rarely fail to refer to the events of that day incorrectly as an “insurrection,” which, if it is an accurate description, would make it one of the few rebellions in modern history in which the participants never got around to arming themselves.

It is unclear how Blumenauer resisted the urge here to sensationalize January 6 by using the I-word.

Much of the money in the proposal will go toward encouraging and supporting student political activism.

This is called “Action Civics” in the parlance of today’s media-savvy radicals and it means students will receive course credit for protesting and lobbying for political causes. The education bureaucrats holding the purse strings will overwhelmingly be left-wingers and so will almost all the recipients.

Conservative organizations that make the mistake of supporting the proposed “Civics Secures Democracy Act” because they think they might actually receive federal money will be “terribly disappointed,” said David Randall, director of research for the National Association of Scholars (NAS).

NAS has launched a new project called The Civics Alliance that aims to unite Americans to promote authentic civics education that teaches the nation’s founding principles and documents, key events of American history, the structure of our self-governing federal republic, and the spirit of liberty and tolerance.

In the legislation, the way the “bureaucratic hoops are being set up” means conservative and even moderate groups will likely be shut out of the grants process, he said. “It’s not until you look in the footnotes that you see it includes Action Civics.”

“A bill putatively open to progressive and conservative civics, will, because they have Action Civics as one of the bureaucratic prerequisites to apply for a grant, be overwhelmingly steered to radical civics organizations.”

Underwritten by federal grants, the left-wing activists want to promote activities outside the classroom, usually in connection with a nonprofit organization, and “what this does is it gets rids of actual education in the Constitution, the Bill of Rights,” Randall told this writer in a recent interview.

They want to substitute “collective action overwhelmingly for radical progressive causes … habituating students to being organized and learning how to organize.” It’s “vocational training for left-wing activism.”

“Action Civics really has to be removed from the curriculum. It shouldn’t even be an option,” he said.

“This is actually really good psychology, when you get people to become active in something, that makes them loyal to it. … You’re supposed to be having a disengaged education so that you can make mature decisions. This is short-circuiting that process to get minors committed to political activism early on.”

Stanley Kurtz, a senior fellow at the Ethics and Public Policy Center, was the first to raise the alarm about the pending legislation.

The money disbursed under the legislation will benefit so-called woke education, including Critical Race Theory and Action Civics, in the nation’s classrooms, merging “the culture war [and] … K–12 education-policy disputes to a degree never before seen.”

The new legislation “is a backdoor effort to impose a de facto national curriculum in the politically charged subject areas of history and civics,” Kurtz wrote at National Review.

“All around us, the culture war has broken the bounds of the university and spilled into our day-to-day lives. Conservatives and traditional liberals are rightly up in arms about the woke assault on our most fundamental freedoms, extending to inculcating guilt and shame in elementary-school students for the color of their skin. The Democrats in Congress, in league with the Biden administration and the leftist Action Civics movement, are about to supercharge this culture war by injecting it into the heart of federal education policy. Whether sooner or later, this is destined to become the greatest education battle of our lifetimes.”

“This civics education is part of a broader ideological assault on the American republic,” he said.

“The basic point is you are supposed to be learning affection for the republic you’re a part of,” Randall said.

“A republic cannot continue if nobody loves it.”