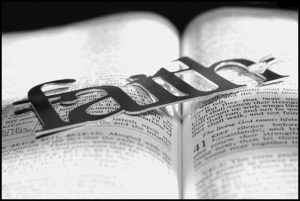 It will be resolved, only resolved when the Lord Jesus Christ returns. Period.


MARCH 2007 – Arnold Toynbee once said that if you want to study comparative religions, buy a ticket instead of a book.

What the famous historian was saying was that you learn more about a religion by seeing what practical effect it has on a society.

We are at a critical point in the history of our country and our world. Two religious perspectives stand in stark contrast with one another, each desiring that its religion serves as the basis of our values. Islam and the Judeo-Christian faiths are clashing because adherents of both want their beliefs to serve as the foundation of cultural values and because of the divergent paths being used to pursue their goals.

Unfortunately, many, if not most, of our leaders do not realize that there is a vast difference between these two value systems.

It is my opinion that our leaders don’t understand the difference in the way the Eastern mind and the Western mind function. One wants forced submission to Allah achieved by the sword; the other desires voluntary submission to God achieved by a changed heart.

In one respect, 9/11 was the best thing that ever happened to Islam. That day cast Islam into the mainstream of religious debate. Prior to 9/11, we would refer to Christians and Jews when speaking of religions in this country. Now we speak of Christians, Jews, and Muslims.

In one way, you could say that ancient Greece was the forerunner of democracy. But it was the teachings of Jesus, permeated throughout the Western mind, that made the soil fertile for democracy to grow and flourish.

Have there been some dark moments in the history of Christianity? Of course there have been. But to define a religion, one must turn to the standard of its teachings, not to isolated events. This is true of Judaism, Christianity, and Islam.

If nothing else, perhaps our current situation will force those of us who choose the Christian value system to re-examine our religion’s core principles. It is going to be absolutely necessary to do so if our system of democracy is to continue.

The conflict we are experiencing will be around for a long time. It will not be resolved in a matter of months, but years – if it is ever resolved.

And with it goes our democracy.

Editor’s Note: From the late 1970s through 2010, Don Wildmon, founder and president emeritus of American Family Association, wrote hundreds of monthly columns for AFA Journal. Thirty-one of his best columns are now available in a recently published collection titled Our Call to Faithfulness: The Voice and Legacy of Don Wildmon. These columns represent his timeless wisdom and insight and are now being published weekly on The Stand in celebration of AFA’s 40 years of ministry.

Click here or call 877-927-4917 to order your own copy of Our Call to Faithfulness: The Voice and Legacy of Don Wildmon.