What Has Become of Salvation? 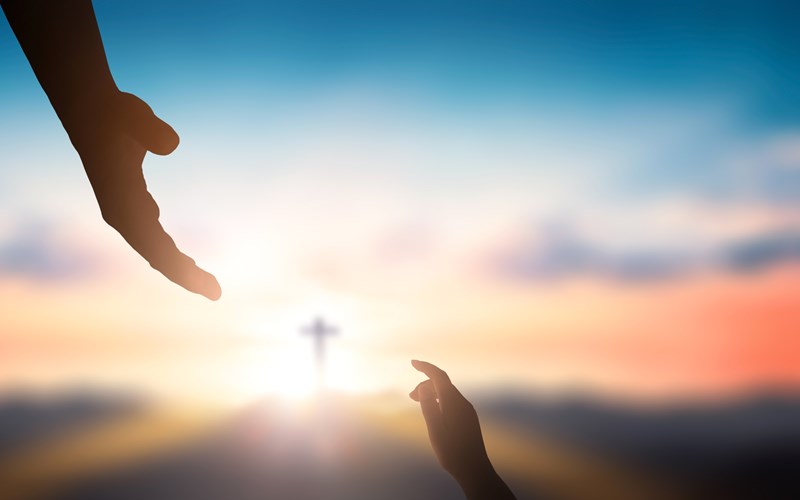 What Has Become of Salvation?

I wonder what kind of looks we might get if we could explain our concept of salvation to the apostles. Where it concerns what salvation is we would probably talk about being in a personal relationship with God, going to heaven and being in a state of bliss and happiness after we die, reuniting with our dead loved ones and friends, and being approved by God. My guess is the apostles would give us a bemused (“Really??”) kind of look.

Finally, if they asked how we are living out our salvation we might say by attending church, putting money in the offering plate, serving on a church committee or two when asked to do so, and living as best we can by the Ten Commandments and the Golden Rule. It’s here that a look of dawning horror might reveal itself on their countenances. “You mean that you live out your salvation by trying to be a good person? That’s why you think you are being saved? We noticed you didn’t say much of anything about sin, repentance, Jesus, redemption, blood-bought, Spirit-filled, power, obedience, discipling, or transformation when talking to us about salvation. What happened?”

Perhaps it was the innate desire in mankind to modernize and improve. You know, get the latest update/version. So, rather than cite the Scripture and expound on how it is affecting our lives today (as Peter did in his sermon on Pentecost [citing Joel and multiple Psalms]) and trusting the Holy Spirit to bring about conviction (which He did), we like to help God along in this modern age. We read a verse, set our Bibles aside and then spend 30 minutes on personal reflections, illustrations, and jokes trying to make people feel at ease. And then because we can’t really rely on the Holy Spirit anymore, we tell people what we want them to do and when to do it. And since we can’t even trust people to talk to God right (“call on the name of the Lord”) we’ll tell them what they need to pray.

Not at all the way the apostles did it. Peter ended his sermon on the day of Pentecost by telling the “congregation” that they were responsible for killing the Son of God but despite this horrible fact, God had made Jesus both Lord and Christ (Acts 2:36). Mike drop. That was it. End of sermon. No tearful plea from Peter. No “Just As I Am” played by the temple musicians. No altar call. Sergeant Friday would have been pleased. “Just the facts, ma’am.” But that was then and we know a better way now, right?

Peter left it up to the Holy Spirit and sure enough, the crowd cried out to him, “Brothers, what shall we do?” He told them and about three thousand people heeded what he said.

Jesus framed salvation in a short but simple statement:

Whoever is not with me is against me, and whoever does not gather with me scatters (Matthew 12:30).

It seems to me that salvation is choosing to side with Jesus (in everything) and living the rest of our lives doing what He says. The tension in salvation is not implied, it is said out loud: “with me,” “against me,” “gather,” and “scatters.”

Everything about biblical salvation is both glorious and brutal.

[I]f you confess with your mouth that Jesus is Lord and believe in your heart that God raised him from the dead, you will be saved.

Why does anyone need a prefabricated ‘say after me’ prayer to say “Jesus is Lord”? And that part about believing He has been raised from the dead…means that you acknowledge that you (and everyone else) will answer to Him. That means that your opinions, will, and your version of truth must be subjugated to Him. You don’t really believe He’s been raised from the dead if you still have your own version of truth.

Revelation 12 begins with the words,

Part of that “sign” was the vision of Satan’s ouster from the presence of God. Five times in Revelation 12 we are told that Satan and his followers were “thrown down.” Perhaps the most important and exciting of these is verse 10:

Now the salvation and the power and the kingdom of our God and the authority of his Christ have come, for the accuser of our brothers has been thrown down…

Salvation cannot be separated from the throwing down of Satan. And no one can throw Satan down in their lives except by “the blood of the Lamb and by the word of their testimony” (Revelation 12:11).

There is no improving on perfection. That which is perfect needs no adjustment, rebranding, or updating.

Before he was transformed through salvation into Paul the Apostle, Saul of Tarsus had a phrase for the people who were with Jesus and gathering His harvest. He called them people of “the Way” (Acts 9:2). Salvation is not merely a profession of faith and a set of beliefs. It is an embrace of godliness made possible only through Jesus Christ. It is an ongoing battle of throwing Satan down in our own lives and those around us. It is yielding to God and resisting the Devil. It is choosing sides. Every single day. Godliness and holiness do not fit in with this fallen world. So salvation isn’t about fitting in and being liked. There is a reason why James warns,

Friendship with the world is enmity with God (James 4:4).

It makes perfect sense when you realize it was Jesus who said,

Whoever is not with me is against me.

Are you saved? Do we even know what that means anymore?