What does Antifa Want in Portland? 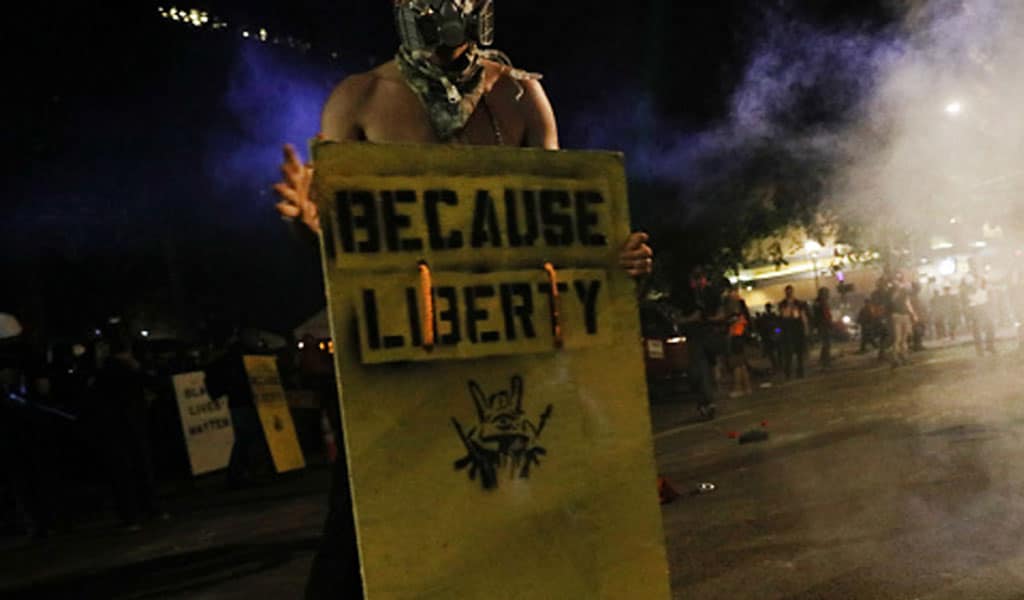 What does Antifa Want in Portland?

RELATED: http://4 minute and 35-second video: Inside the Portland Riots

Portland has been the scene of 60 consecutive days of violent protests by Antifa and their related allies, mainly other neo-Marxists and anarchists.

The protests in Portland began as a reaction to the unjust death of George Floyd at the hand of a Minnesota police officer and then centered on the narrative of police brutality and support of the Black Lives Matter movement. Now they are focused on the Mark O. Hatfield U.S. Courthouse in the city’s downtown district.

Nightly footage out of Portland – a city with a copious history of violent Antifa activity (which has also historically been enabled by the mayor and police department) – shows masked protesters armed with bats, hammers, bottles and commercial-grade fireworks (among other weapons), attacking the courthouse with impunity.

The question is, why are the protesters now focused on the federal courthouse?

A little digging turned up an astonishingly sad and ironic fact that could mean that the current tearing apart of a once-thriving American city, and other cities like Seattle (now emulating Portland in solidarity), could actually be based on a simple misinterpretation of a work of art. 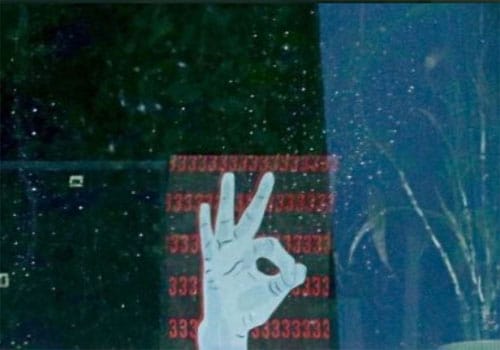 The poster spotted in the window of the federal courthouse in Portland, Oregon

According to numerous reports, the protests against the federal courthouse started when Antifa activist Morgan McKniff saw this poster in the window of the courthouse on July 11:

A video of the poster was uploaded by McKniff, who describes herself on Twitter as a “citizen journalist” and “[p]robably the general manager of Antifa.”

The video was immediately retweeted by other Antifa activists on Twitter, garnering thousands of views within hours. One of those accounts, the Pacific Northwest Youth Liberation Front (an Antifa group) tweeted out an image of the hand, explaining, “Inside the Federal Courthouse in Portland: White Power symbol on a background of 3s— ’33’ is used to signify ‘KKK.’”

It would become the message behind the courthouse protests for Antifa and their allies.

In actuality, the artwork was a poster for the Trail Blazers, Portland’s NBA team – specifically, player C.J. McCollum, whose jersey number is three. 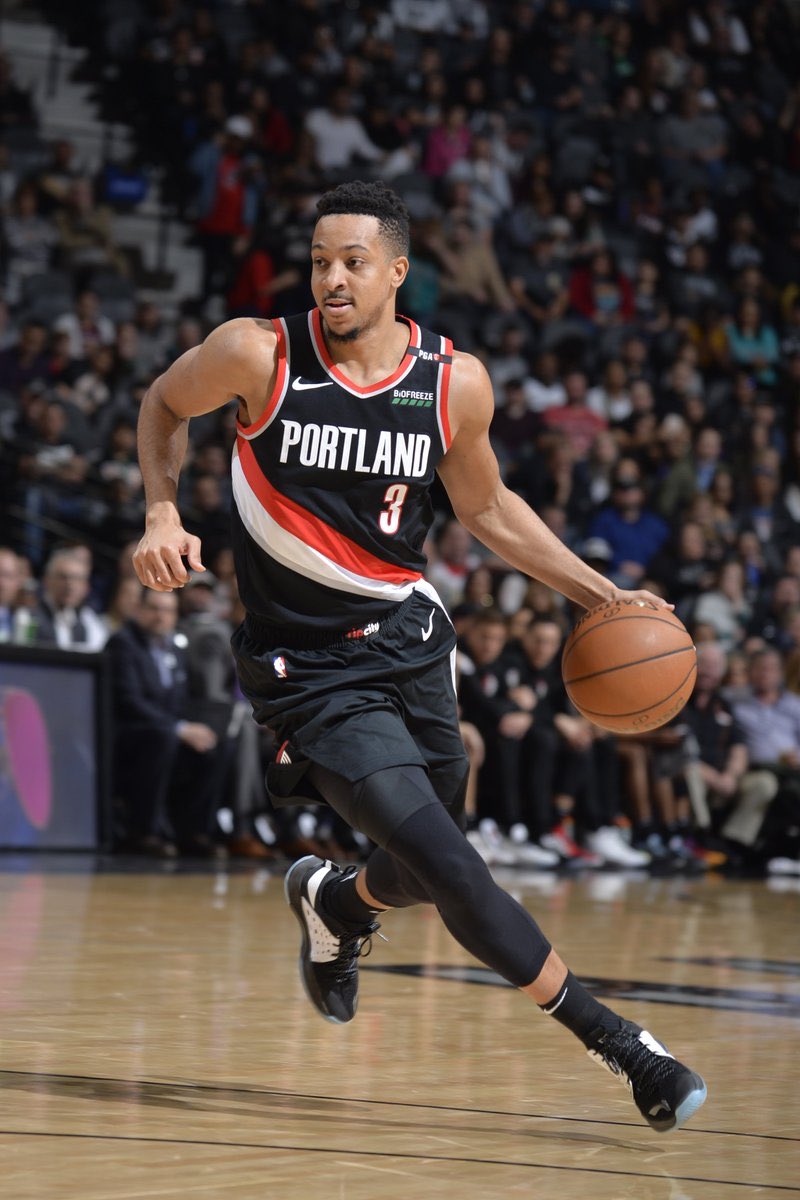 McCollum‘s forte on the court is shooting three-pointers, “so the OK hand sign in basketball represents a three-pointer because of the three fingers,” noted the above Twitter user on a thread explaining the misunderstanding.

The back of the poster features a silhouette of McCollum. As the U.S. Attorney’s Office in Oregon confirmed upon investigation, the artwork was indeed an NBA poster.

Without this knowledge of the background to the protests, the riots have now come down to opposition to the federal troops, who were sent in to quell the violence after local authorities indicated they were unwilling to do so.

Commenting in The Wall Street Journal about the current optics and how the federal officers have been characterized as “’storm troopers’ or ‘secret agents’ bent on sending ‘peaceful protesters to concentration camps,” Ted Van Dyk, a Democrat who has been active in Democratic national policy and politics for 40 years, noted after watching the Portland riots in real-time,

“The current round of violence isn’t being undertaken by civil-justice or other reformers but by radicals using Jacobin street-violence tactics. The idea is to provoke confrontation and violence with constituted authority so as to discredit it, counting on a few gullible local residents to see police as oppressors. The pretense of peaceful protest is rapidly disappearing. Deaths, serious injuries, arson, public and private property damage, and economic dislocation have resulted.”

Others agree with Van Dyk’s assessment, including Gabriel Johnson, a 48-year-old Black man, and retired Marine, who finally decided that he had had enough of the protests in his hometown.

What he encountered when venturing into the protest crowd to talk to them one night about the concern for Black lives was truly shocking:

Sadly, the protests have devolved into a Catch-22 situation, summed up by the circular arguments expressed in the following cartoons. The question is, is there a way out of it?

RELATED: http://4 minute and 35-second video: Inside the Portland Riots 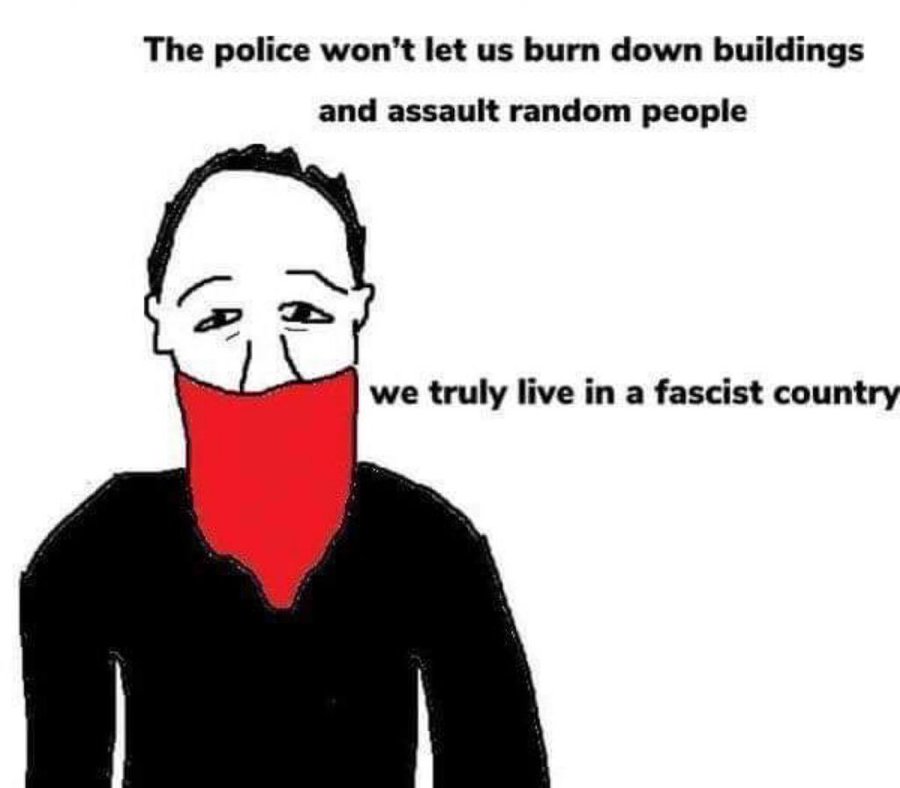