Warnock: ‘Meaning Of Easter’ Transcends Resurrection Of Christ, People Can ‘Save’ Themselves With Good Works

SATAN IN THE PULPITS

THE GREAT FALLING AWAY 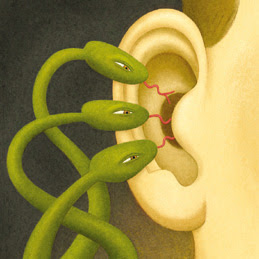 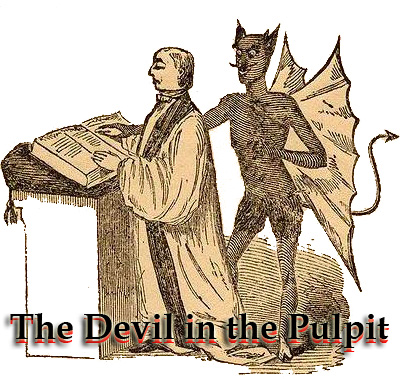 Warnock: ‘Meaning Of Easter’ Transcends Resurrection Of Christ, People Can ‘Save’ Themselves With Good Works

UPDATE: Warnock deleted the tweet that formed the basis for this story, prompting Jenna Ellis to write, “Warnock deleted his heretical tweet. He should delete Reverend in front of his name too.”

Sen. Raphael Warnock (D-GA), an ordained minister who pastored Martin Luther King Jr.’s church in Atlanta, claimed on Easter Sunday that the holiday transcends the resurrection of Jesus Christ and that both Christians and non-Christians can save themselves by doing good.

“The meaning of Easter is more transcendent than the resurrection of Jesus Christ. Whether you are Christian or not, through a commitment to helping others we are able to save ourselves,” Warnock tweeted, who once described Jesus as “a poor Palestinian prophet.”

The meaning of Easter is more transcendent than the resurrection of Jesus Christ. Whether you are Christian or not, through a commitment to helping others we are able to save ourselves.

Warnock’s tweet was met with backlash from some Twitter users who accused the minister of heresy and preaching a false gospel.

“This is what the heresy of liberation theology does—reduces the significance of the resurrection of Jesus Christ, the Son of God, to self-salvific moralism and thereby making ourselves God,” wrote radio host Darrell B. Harrison, who works at John MacArthur’s Grace Community Church in Los Angeles.

“This is a false gospel and heresy,” wrote attorney Jenna Ellis, who is representing Grace Community Church in its legal battles with Los Angeles County. “We cannot save ourselves. The absolute truth and only meaning of Easter that matters is the literal, physical resurrection of Jesus Christ, and we must accept Him as Lord and Savior. Read Romans, ‘Reverend’ Warnock. You are a false teacher.”

The College Republicans at Georgia State University tweeted Ephesians 2:8-10 in response to Warnock, which says: “For by grace you have been saved through faith. And this is not your own doing; it is the gift of God, not a result of works, so that no one may boast. For we are his workmanship, created in Christ Jesus for good works, which God prepared beforehand, that we should walk in them[.]”

Warnock received his theological instruction at Union Theological Seminary, which became the nation’s first independent seminary when it broke off from its founding denomination in 1893. When the Presbyterian Church tried to oust one of its professors for claiming the Bible is not the Word of God, the school cut its ties.

As the Washington Examiner reported:

German pastor and anti-Nazi dissident Dietrich Bonhoeffer was among the school’s more famous alumni, who left after escaping the Third Reich to teach there briefly in 1939. Appalled by the liberalism of its students, Bonhoeffer wrote they “are completely clueless with respect to what dogmatics is really about. They are not familiar with even the most basic questions. They become intoxicated with liberal and humanistic phrases, are amused at the fundamentalists, and yet basically are not even up to their level.”

Bonhoeffer remembered that students “openly [laughed]” at a lecture on sin and forgiveness, and accused the seminary of having “forgotten what Christian theology in its very essence stands for.” Disillusioned, he decided to return to Germany to resist the Nazi regime, where he was executed at the Flossenbürg concentration camp in 1945 for his role in the July 20 plot to assassinate Adolf Hitler.

Union made headlines in 2019 when pictures went viral that showed their students kneeling before plants in the school chapel to confess their climate sins.