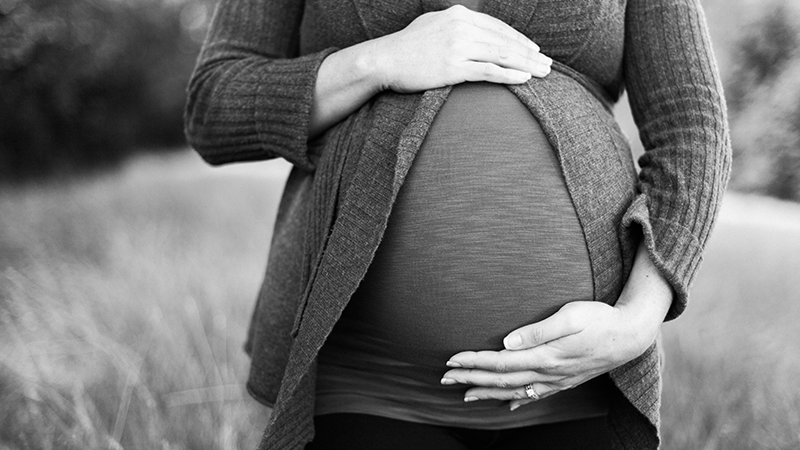 We really didn’t need a study conducted to know this…but the reinforcement should only help in the fight to stop the world from the immoral act of murdering human babies. Let us pray continually, fervently, humbly, boldly, and large in believing that the prayers of many can impact the hearts and minds of the dark evil upon many lands and nations in their pursuit of evil, of selfishness and immorality and finally come out from the darkness they wallow in and into the light of the truth.

Have faith. Pray until sweat forms and drips from your brow in earnest prayer if need be…for this immorality, this murder, these atrocities must end. And all things are possible with, through, and by God and the power of the Spirit of God. In faith. Truth be told.

Do we sincerely believe? Then let us act, let us pray. And spread the gospel, the word of truth as we do.

Unborn babies respond positively to their mothers talking to or stroking their ‘baby bumps’, a study has shown.

Dr. Emese Nagy, the lead author of the study, said the results “establish what mothers already know – that their babies are communicating with them before they are born.”

The study, published in the Infant Behaviour and Development journal, recruited twelve mothers between 25 and 33 gestational weeks of pregnancy for high-resolution 4D ultrasound imaging.

The researchers asked the women to try five different types of interaction with their babies, ranging from sitting in silence to interactive talk and touch.

The ultrasound videos found that babies touched their own face and body more than 60 percent of the time when their mother spoke.

Dr. Nagy said: “Although this is a small study, it certainly indicates that interacting with an unborn baby is not just wishful thinking on the part of the mother.”

She continued: “Many mothers feel that they can communicate with their babies in the womb by touching or talking to them, and this study has allowed mothers to see this before their very eyes.”

The findings expand on previous studies that show newborn babies copy their parents’ smiles and hand gestures, and become upset when someone stops speaking to them.

Earlier this year, an MP called on the Government to require pain relief for all babies undergoing medical procedures in the womb from at least twelve weeks’ gestation – including abortion.

Despite the evidence, the Royal College of Obstetricians and Gynaecologists’ guidance currently advises medics to tell parents that a baby “does not experience pain” during an abortion prior to 24 weeks’ gestation.

In the U.K., abortion is permitted up to 24 weeks for most reasons – but is available up to birth for children deemed to have a disability. This has been used to justify abortion for conditions such as Down’s syndrome and cleft palate.

Give pain relief to babies before aborting them, says MP

Abortion the biggest cause of death in 2020 by far

‘Abortion is only legal because babies cannot vote’