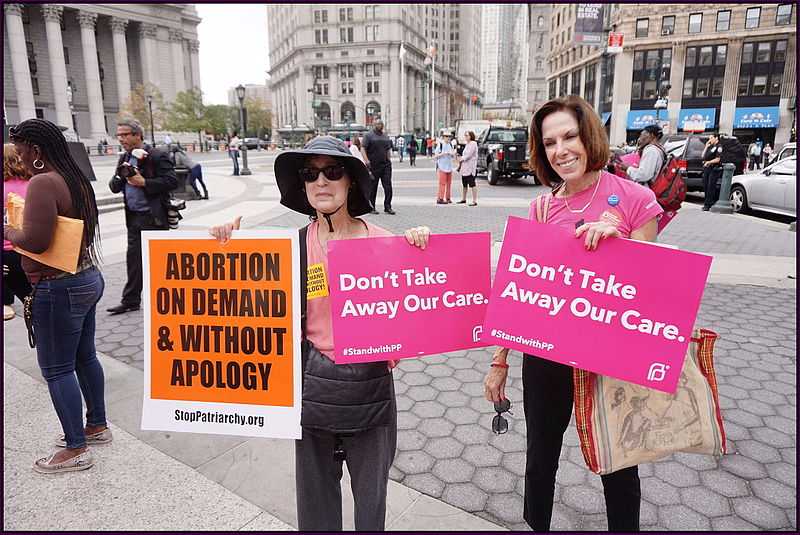 WASHINGTON — The U.S. Supreme Court has declined to hear an appeal filed by attorneys for the South Carolina Department of Health and Human Services (DHHS), which sought for the court to overturn an injunction against Gov. Henry McMaster’s order stripping abortion giant Planned Parenthood of state Medicaid funding.

“In sum, this case is ‘not about abortion rights,’” attorneys for the Department head Joshua Baker had written to the nation’s highest court. “It is about ‘private rights of action under the Medicaid Act.’ And by extension, it is about every Spending Clause statute ‘in the nature of a contract’ between states and the federal government. ”

“At the time of this filing, courts of appeals are split 6-1 over the first question presented: whether Medicaid recipients have a private right of action to challenge a state’s determination that a provider is not qualified to provide certain medical services. … [T]he split will not resolve itself without this court’s intervention.”

As previously reported, in 2018, Gov. Henry McMaster issued an order declaring that “the payment of taxpayer funds to abortion clinics, for any purpose, results in the subsidy of abortion and the denial of the right to life.”

“[A]bortion clinics’ primary focus on denying the right to life is contrary to and conflicts with the State’s obligation to preserve and protect that right,” he outlined.

McMaster noted that in August 2017, he directed DHHS to take steps to obtain a waiver from the Centers for Medicare and Medicaid Services (CMS) in order to exclude abortion facilities from the Medicaid program.

However, since negotiations were ongoing and CMS had not yet approved the waiver, McMaster vetoed the 2018-2019 family planning appropriation in the DHHS budget and rather directed the organization to expend the funds in a manner that only reimburses family planning entities that do not perform abortions.

“Taxpayer dollars must not directly or indirectly subsidize abortion providers like Planned Parenthood,” he said in his veto explanation. “There are a variety of agencies, clinics, and medical entities in South Carolina that receive taxpayer funding to offer important women’s health and family planning services without performing abortions.”

Planned Parenthood South Atlantic consequently sued the State, along with one of its patrons, arguing that federal law prohibits the government from obstructing a person on Medicaid from using the provider of their choice.

“South Carolina is already suffering from a chronic shortage of healthcare providers, especially those that will accept patients who use Medicaid as their insurance. For 40 years, Planned Parenthood has been a vital healthcare safety net for those patients in South Carolina,” it claimed in a statement in announcing the legal challenge.

There are two Planned Parenthood locations in South Carolina. McMaster had ordered DHHS to create a publicly available list of women’s health and family planning offices operating within 25 miles of any abortion facility.

Both the federal and appeals courts ruled against DHHS and Baker, opining that the state can’t deny funds for reasons that are unrelated to its inability to provide Medicaid-covered services.

“Defendant’s termination of PPSAT (Planned Parenthood South Atlantic) from South Carolina’s Medicaid program was not based on any alleged incompetence or inability of PPSAT to perform the medical services at issue,” wrote U.S. District Judge Mary Geiger Lewis. “Rather, it was based on the fact that PPSAT performs abortions outside the Medicaid program.”

“Based on the Supreme Court’s precedents, Congress’s intent to create an individual right enforceable under § 1983 in the free-choice-of-provider provision is unambiguous. In addition, a plain-language reading of the provision’s mandate — that states ‘must’ furnish Medicaid recipients the right to choose among providers ‘qualified to perform the service or services required’ — bars states from excluding providers for reasons unrelated to professional competency,” also concluded the Fourth Circuit Court of Appeals.

The case will now go back to the Fourth Circuit for further deliberation on the merits since the Supreme Court declined to get involved and overturn the injunction.

“The governor was certainly hoping the Supreme Court would hear the case, but his resolve to make sure no taxpayer dollars either directly or indirectly subsidize abortions in South Carolina is steadfast,” McMaster spokesman Brian Symmes told the publication The State. “This isn’t over. We will continue to appeal the decision on the merits to the appellate court and beyond, if necessary.”