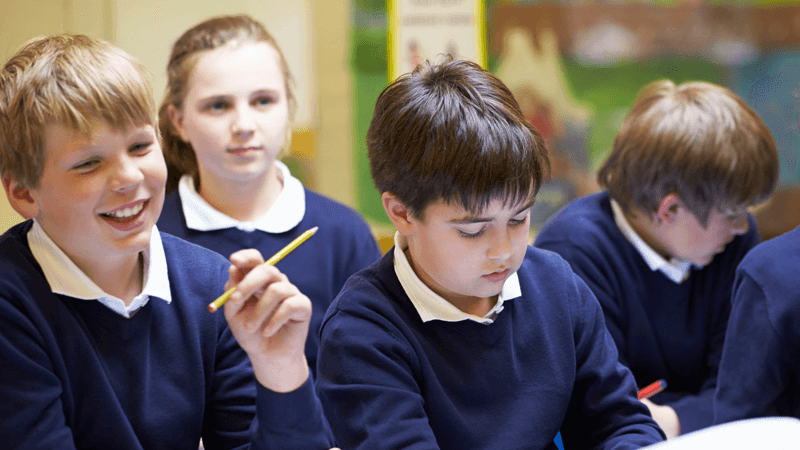 He created them male and female and blessed them. And he named them “Mankind” when they were created.

There are only TWO different chromosomes in all human beings determining each individuals sex. Either male or female. No other choices in biology, genetics, in creation. According to not only the Holy Bible — but the science man and woman hold sacred…

As well as other books, chapters and passages in God’s word. We are living in such Biblical, last of the last days times in which God has given people over to their utter blindness and unrighteousness since they love the lies, their lusts, serving the devil more than they do in pursuing God and His rightness, His rghteousness. The people are getting what they crave, desire and also deserve —utterly reprobate, unrighteous minds and ways of living for their rebellion and rejection of the truth.

Which will only increase with the passage of time.

Parents in North Carolina have criticised a school survey which sought to ask children as young as eleven about their ‘gender identity’ and sexual orientation.

Pupils were given a range of ‘gender identity’ options to choose from, including “gender fluid” and “non-binary”, and were asked whether they were “transgender”.

Following the backlash, Charlotte-Mecklenburg Schools announced it had removed the three controversial questions.

One concerned parent said: “I have no trust in my child’s schooling anymore”.

A pupil added: “Some of these questions definitely crossed the line and were way too invasive”.

Earnest Winston, Superintendent of Charlotte-Mecklenburg Schools, said an investigation was being held into who was responsible for including the controversial questions.

In 2017, the NHS backtracked after it included a question about gender identity in a survey for primary school children.

A survey by the Lancashire Care NHS Foundation Trust asked Year Six pupils: “Do you feel the same inside as the gender you were born with?”

The question provoked an outcry from parents and MPs who described it as “deeply worrying” and “intrusive”.

Parent Lyndsey Simpson, whose then ten-year-old daughter received the survey, said: “I don’t want someone putting into my daughter’s head that she might not be happy with her own gender”.

In 2016, Brighton schoolchildren were given a survey listing 25 gender options, including “tri-gender” and “demi-boy”.

The pupils were told they could choose ‘as many as they wanted’ from a variety of responses alongside “girl”, “boy”, “female” and “male”.

Girls skip school rather than use gender-neutral toilets