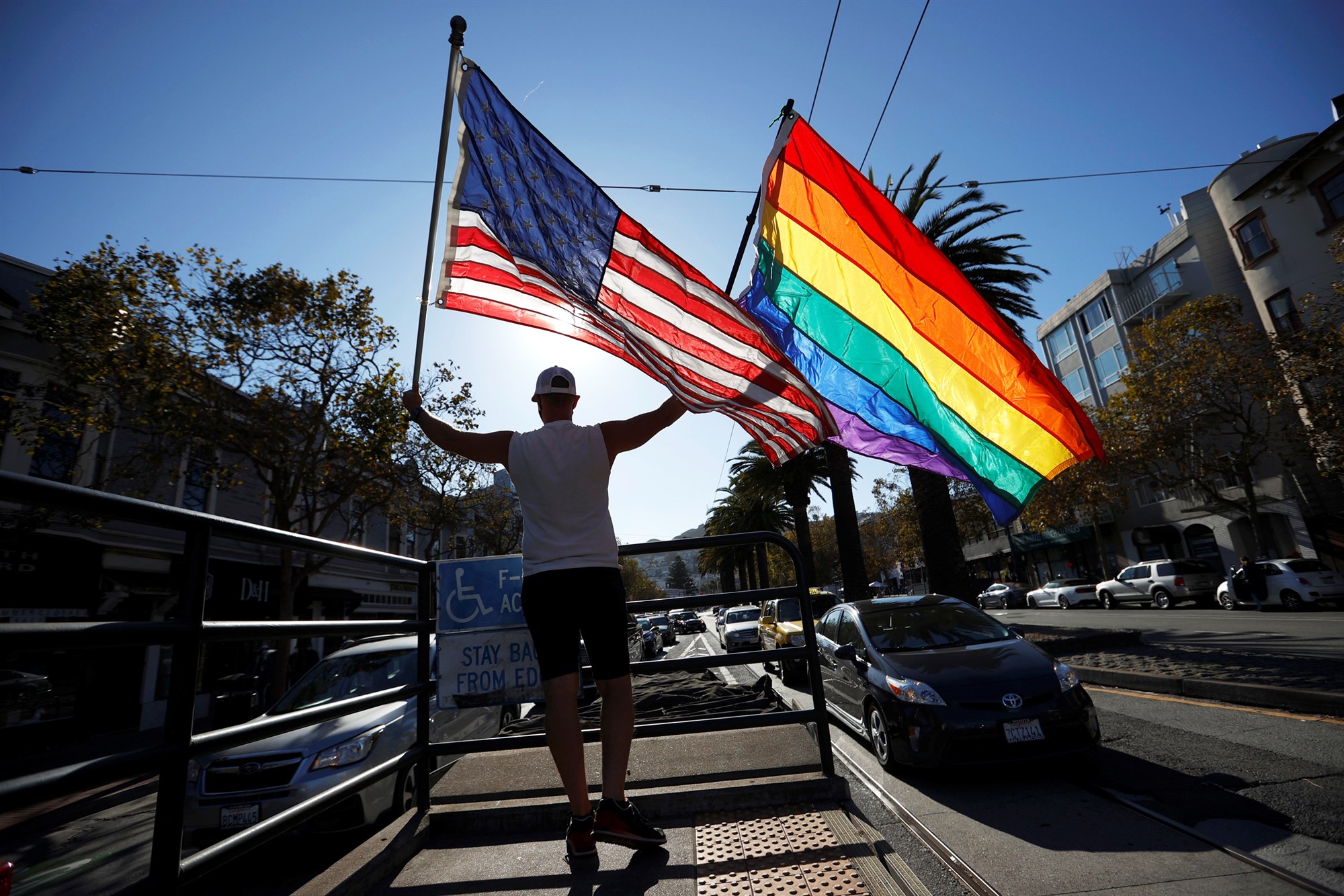 The great, sad, and bitter irony is the so-called House of Representatives at this point in U.S. history only represents the interests and goals of evil. Of Satan. Of very small minorities with special interests that are not noble, good, right, or just.

Yet the people, the overwhelming majority lie dormant, silent, and thus approving. About half the nation is so blind, so ignorant, so gullible, so lost and in darkness, they actually believe the Equality Act is progress, something overdue, something good, right, and just when it is the result of purely sinful and evil people coming together to elevate and approve of every sexual immorality, sexual deviancy, sexual perversion under the sun while in fact setting everything up to REMOVE the rights, liberties, and freedoms of Bible-believing citizens of America. To begin to further erode, under codified law, making the laws lawlessness, removing the foundations of every culture that has existed on earth for thousands of years in the celebration, elevation, and approval of greater corruption. Greater perversions. Making them now lawful.

What utter insanity, rebellion, and sin!

This vilest, destructive, oppressive, unrighteous, against God and the laws of nature will pass. It will become codified law in America. And then the erosion and removal of further religious liberties and rights will increase.

Evil swells and puffs up boasts, and the people approve of it.

Woe to the people of America.

A great and terrible time is coming upon this people, this land.

Each person had better come out of the darkness, our of sin, out of rebellion, out from the snare of Satan and into the Light, into the Way, into the Truth, and into the Life while the merciful and gracious God bestows breath and a beating heart in them, if they do not believe, if they are not living truly transformed, renewed of mind and spirit, repented, and devoted as a true disciple of the Lord Jesus Christ.

Because there is a heaven.

There is a hell.

The Word of God is the only book of absolute truth, the only words of truth on the earth.

It will NEVER end.

And neither will the joy for those with eternal life in heaven.

Or, the eternal pain and suffering for those in hell.

The Equality Act would offer lesbian, homosexual, bisexual, transgender, and queer people broad protections from discrimination. It passed the House in 2019 but was not taken up by the Senate.

Rep. David Cicilline, D-R.I., reintroduced the Equality Act in the House of Representatives on Thursday, with a vote on the sweeping lesbian, homosexual, bisexual, transgender, and queer rights bill expected next week.

The Equality Act passed the Democrat-controlled House in May 2019, but it stalled in the Republican-controlled Senate. Now that Democrats have taken control of the Senate, advocates are hopeful that the bill will pass.

“In 2021, every American should be treated with respect and dignity,” Cicilline, who has introduced the bill every year since 2015, said in a statement. “Yet, in most states, lesbian, homosexual, bisexual, transgender, and queer people can be discriminated against because of who they are, or who they love. It is past time for that to change.”

Democratic Sens. Jeff Merkley of Oregon, Cory Booker of New Jersey and Tammy Baldwin of Wisconsin also announced that they would reintroduce the bill in the Senate next week when the Senate floor reopens for bill introductions.

“All of us go to work and school, go home and go shopping, and none of us should have to keep our families hidden or pretend to be someone we’re not to do those things,” Merkley, who wrote the Equality Act, said in a statement. “But in 29 states, Americans can still be evicted, be thrown out of a restaurant, or be denied a loan because of who they are or whom they love.”

Before Cicilline reintroduced the bill, House Majority Leader Steny Hoyer, D-Md., announced in a letter to colleagues Tuesday that the House would vote on the Equality Act next week. In May 2019, it passed by a 236-173 vote, with eight Republicans voting for it. However, then-Senate Majority Leader Mitch McConnell, R-Ky., never took it up in the Senate.

Passing the Equality Act in the next few months would allow President Joe Biden to fulfill one of his campaign promises of signing it into law in the first 100 days of his presidency.

In October of last year, Biden told Mark Segal, publisher of Philadelphia Gay News and a longtime LGBTQ rights activist, that passing the bill is “essential to ensuring that no future president can ever again roll back civil rights and protections for lesbian, homosexual, bisexual, transgender, and queer+ individuals.”

He added that he would also direct his Cabinet to enforce the Equality Act across federal agencies. “Too many states do not have laws that explicitly protect lesbian, homosexual, bisexual, transgender, and queer+ individuals from discrimination,” Biden said in the interview. “It’s wrong to deny people access to services or housing because of who they are or who they love.”

The Equality Act was first introduced by Rep. Bella Abzug, D-N.Y., in 1974, but the bill was eventually killed.

Lesbian, homosexual, bisexual, transgender, and queer people across the U.S. currently have some level of protection from discrimination through state and local laws and Biden’s expansion of workplace discrimination protections through the Supreme Court’s Bostock v. Clayton County, Georgia, ruling last year. However, advocates say the Equality Act is needed to fill in the gaps and ensure that all Americans, regardless of where they reside, are protected.

“While President Biden’s Executive Order implementing the Supreme Court’s Bostock ruling was a crucial step in addressing discrimination against lesbian, homosexual, bisexual, transgender, and queer people, it’s still vital that Congress pass the Equality Act to codify the Bostock decision to ensure protection in key areas of life including where existing civil rights laws do not have protections on the basis of sex,” Alphonso David, president of the Human Rights Campaign, the country’s largest lesbian, homosexual, bisexual, transgender, and queer rights group, said in a statement.

Kevin Jennings, CEO of the lesbian, homosexual, bisexual, transgender, and queer civil rights group Lambda Legal, said the legislation will give clarity to employers and landlords, among others, about discrimination.

“In some instances, individuals lose rights and protections the moment they cross the border into a neighboring state, underscoring that the current patchwork of protections for lesbian, homosexual, bisexual, transgender, and queer people is inadequate,” Jennings said in a statement. “In addition, as evidenced by the thousands of phone calls to our Help Desk we receive each year, many employers, landlords and lenders still haven’t gotten the message that discrimination is just wrong, which is why we need the absolute clarity of the Equality Act, and we need it now.”

Mara Keisling, executive director at the National Center for Transgender Equality, said the bill is especially important for transgender people who face a disproportionate amount of violence.

“No act of Congress can end bias overnight or stop all attacks against transgender people,” Keisling said in a statement. “But the Equality Act is a clear, consistent and nationwide statement that says our country believes that all people – including those who are transgender – should be treated fairly and with respect. For transgender people, every trip to the store, every dinner out, every job interview or attempt to rent an apartment carries the risk of disrespect, discrimination and potentially violence. The Equality Act will help allow transgender people to live their lives openly and without fear.”