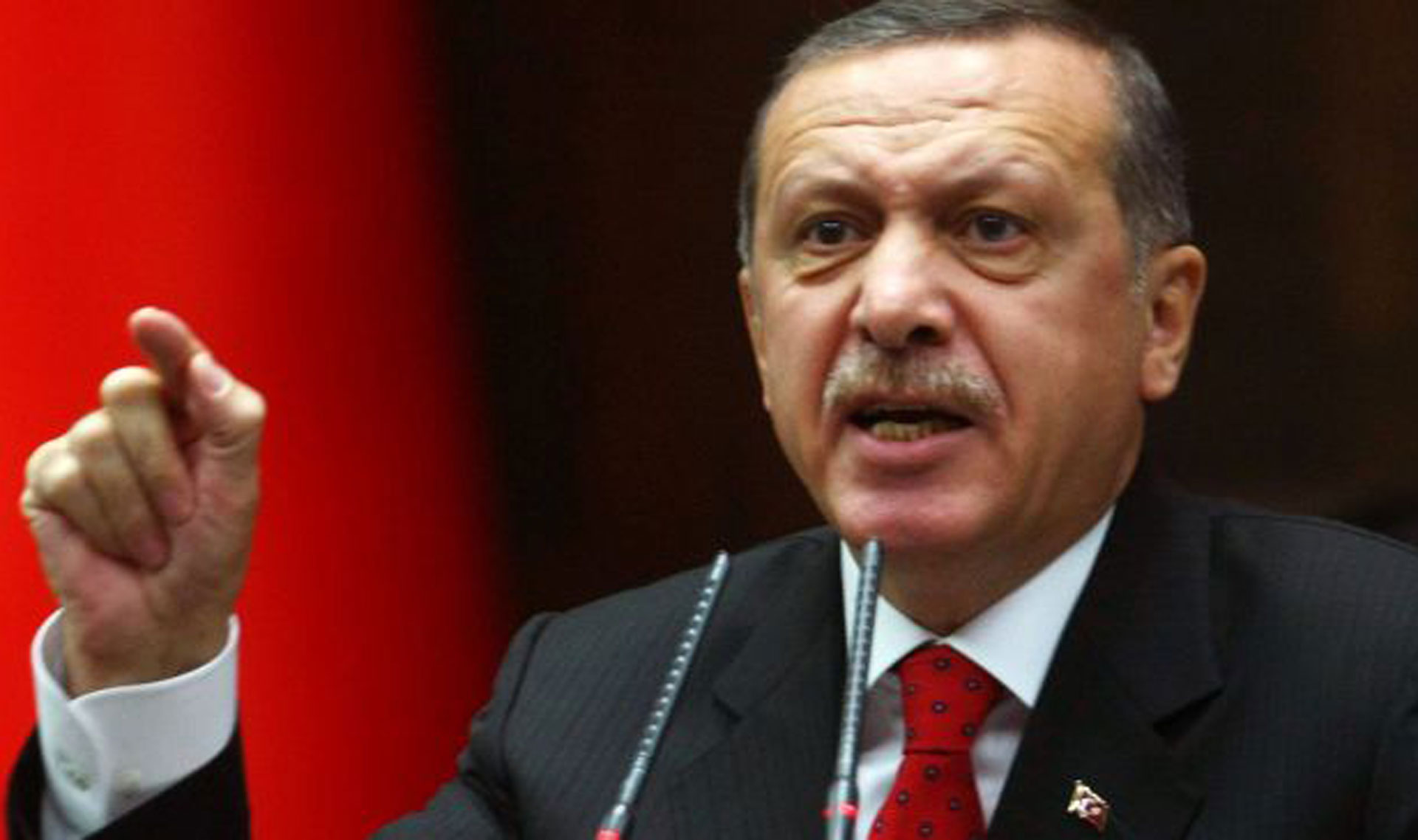 I posted videos last month showing the brutality of Turkey’s assault on Kurds in northern Syria. For that, an army of Turkish trolls reported me, prompting Twitter to freeze my account. I am far from the only journalist being targeted in this way.

In a way, we’re getting off easy. Turkey, under President Recep Tayyip Erdoğan, has earned the shameful title of “world’s worst jailer of journalists.” I regained access to my Twitter account during the weekend – only after taking down the video in questions – but those journalists continue to suffer at the hands of an authoritarian regime which tolerates no criticism.

I posted videos showing that Turkey may have dropped bombs with white phosphorous on civilians in the early days of the invasion. I also posted images of a female Kurdish fighter being mutilated by terrorists fighting alongside Turkey. Turkish trolls, a cyber-army, sprang into action, reporting the post for its graphic content. My account was locked Oct. 27 – temporarily, I was told.

Turkey’s cyber army similarly managed to convince Twitter to suspend and lock accounts of several activists, including Wladimir van Wilgenburg, a journalist and co-author of The Kurds of Northern Syria. He documents the history of Kurdish forces and also often tweets about war crimes committed by Turkish-backed militias against Kurdish and Assyrian minorities in Syria. His account was locked and suspended Oct. 19, but was reactivated two days later.

This cyber army includes 6,000 people spreading pro- Erdoğan propaganda while attacking the social media accounts of journalists and others who criticize his regime.

Erdoğan’s Justice and Development Party (AKP) created its “AK Trolls” army in 2013 during the Gezy Park protests, which were triggered by Erdoğan’s authoritarianism. The troll army kept its work hidden, however, until May 2015, when the party announced a new digital office with 180 people working in anticipation of elections the following month.

The AKP’s troll army expanded after a failed coup in July 2016, swelling to more than 6,000 members. That development allowed it to expand its mission beyond spreading propaganda to carrying-out extensive hacking and taking control of Twitter accounts of political activists, dissidents, and journalists who oppose Erdoğan’s oppressive policies.

They repeatedly tried to hack my Twitter account within days of the failed coup attempt while I was in Greece. I received a barrage of Turkish-language text messages claiming to be from Twitter and Facebook indicating unsuccessful attempts of the Turkish Cyber Army to reset my password.

In other cases, the AKP Trolls created fake Twitter accounts for celebrities and posted tweets critical of the Turkish government. This information then was used to justify their prosecution. In July 2014, AK Trolls started a fake Twitter account for musician and Erdoğan critic Erkan Ogur. There, they posted comments against state intelligence services, prompting the cancelation of Ogur’s upcoming concert in Sakarya.

The troll army also spreads anti-Israel and pro-Hamas propaganda. This often is done in the comments section under posts by Israeli government offices, officials, or the IDF. It also attacks journalists seen as supportive of Israel.

Egyptian officials also have been targeted with accusations of war crimes and other human rights violations.

Twitter suspended accounts belonging to the terrorist groups Hamas and Hizballah in recent days. That’s a welcome development. But now the social media platform should turn its attention to the censorship campaign aimed at silencing critics of an authoritarian regime. Graphic videos may be disturbing, but they are not offered as some form of glorification. Rather, we aim to show the world the truth what Erdoğan’s army is doing.

If an Erdoğan critic, including a journalist, lives abroad and is out of physical reach by Turkish security forces, then the Turkish cyber army triggers mass reporting of the person’s Twitter account.

Many of the troll army’s cyber soldiers are based in Germany, home to Europe’s largest group of Turkish expatriates supportive of Erdoğan. They often report journalists’ Twitter accounts, claiming they are against the German laws, but this effort is not always successful.

In the latest example, tweets like mine, containing videos and photographic evidence of Turkey’s use of white phosphorous last month were mass reported as “graphic content,” leading to a number of Twitter accounts being locked by Twitter.

I was targeted anew Oct. 27 after pointing out possible Turkish support for Abu Bakr al-Baghdadi, the slain ISIS leader. I posted this video of al-Baghdadi’s compound after it was destroyed by U.S. special forces.

“It is possible that #Turkey gave info on his hideout in exchange for reducing tensions with #US over military operation in NE #Syria,” I wrote. “#US Military sources believe that Turkey was protecting him!”

Al-Baghdadi’s compound was in a northern Idlib, a region close to the Turkish border that was not considered friendly to ISIS. To get there, he may have had to cross into Turkish territory.

Turkey’s support for ISIS dates back to 2013, when the country allowed ISIS to use its territory for logistics and channelling recruits. In 2014, Turkey supplied ISIS with weapons and intelligence to makes it capable of fighting against Kurdish YPG militia. By the end of 2014, Turkey’s oil minister, Berat Albayrak, who is Erdoğan’s son-in-law, became directly involved in ISIS’s oil smuggling operation.

Just an hour after posting the video, I was told to delete it and informed my Twitter account was locked for a week. I refused to remove the video because I saw it as an exercise in journalism. I posted it to disseminate news and information to my followers. I appealed Twitter’s freeze but received no response. Even though similar videos, showing dead ISIS fighters, still appear on pro-Turkey accounts, I gave in and deleted my post in order to restore my access.

Twitter policies and rules regarding sensitive media are being abused by Turkish cyber trolls in order to silence journalists and Erdoğan critics for revealing the regime’s war crimes. Those crimes include ethnic cleansing of Syrian Kurds by Turkey-backed extremist groups.

Babak Taghvaee is an Iranian journalist and defense analyst living in exile since 2013. Iran’s Ministry of Information (Intelligence) arrested him in 2012 after he wrote a book and articles criticizing the 1979 Islamic Revolution. He fled the country a year later.