True colors, true state and condition of the hearts… 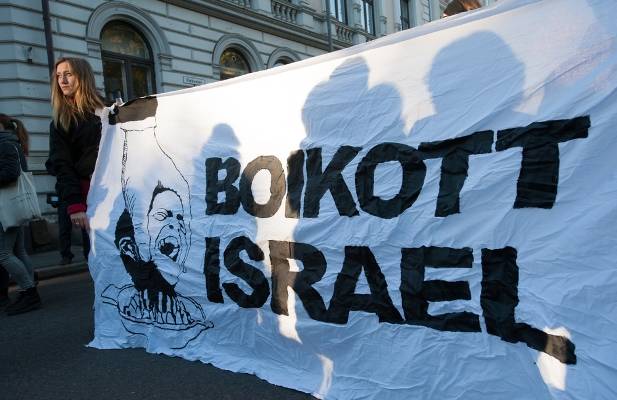 The following news article does not appear here because I for one moment delude myself that there is or ever will be peace. Anywhere on earth. Let alone in the Middle East. Let alone between Jew and Islamist, which is the longest and largest ongoing and fiercest family feud in world history (see http://See Genesis 16  and http://Genesis 17 for starters.

Am I in favor of wars, of killing, of murders and bloodshed? Of violence measured out mainly on civilians rather than those in uniform engaged in a certain battle? Certainly not! But I do not delude myself as the men and women of this world do. As many leaders of various nations and states around the world do.

Men and women are first and foremost vain and sinful creatures. Self-motivated, self-interested, ego-driven. Especially those in positions of power. They all delude themselves they will be “the one” who brings about a treaty, an agreement, a “lasting peace” which no other before them has ever been able to accomplish. Pure utter total vanity and delusion. And these are supposed to be the best and brightest? The wisest and informed? Hardly.

No, dear people who happen upon this place here, this article is posted here to merely reveal the ingrained and growing hatred of Jews and Israel around the world and especially in Western nations, ESPECIALLY in Europe.

There will be no peace. Ever. Even if summits come and go, treaties are signed, hands shook and photo ops galore celebrate and bask in the moment!

There is no peace, there will be no peace. Only delusion and illusion.

Even Israel and its leaders will be grandly deceived into believing the world is at peace with Jews and the nation of Israel by the coming sooner rather than later son of perdition, the Antichrist. And all these rumblings, ramblings, goings-on taking place today and in the near future are merely the prelude, the overture to the main act that will arise and appear sooner than later.

No, dear people, the world, Europe is increasing in its tenor, its fervor, its bitterness, its ugliness, its hatred, its violence towards the Jews and Israel and while it may appear peace is at hand trust, please do not be deceived, and trust it is all a part of the grand illusion and delusion that has come over the vast majority of people in this world.

There is not one treaty, no not one conceived, discussed, sat about a table, hands shook, pens to paper, signatures dried upon the words above the signatures which has ever stood. None! No, not one! And these will be no different.

The Antichrist will sign one of these with whoever are the leaders of Israel and they and the world will be duped, deceived into believing there will be peace, safety, and prosperity. That there will be a lasting peace. Finally!

Read the outcome and truth of that particular treaty.

It’s just as every other one that precedes it.

There is no new thing under the sun. The nature, the murderous, lying, deceptive, cunning, lustful, vengeful, coveting nature of men and women has never changed and it never will dear ones. Don’t be deceived.

There is no new thing under the sun and there never will be. First and foremost the nature and ways, the lies and deceptions of man!

The true colors, the true state, and condition of the hearts and minds of men and women are being revealed, will be revealed. And it is not love, peace, understanding, and compassion which resides in most hearts. It certainly is not the knowledge and faith in God, in the Lord Jesus Christ, in the Holy Spirit, and in the inerrant living and active Word of God which resides in the hearts and minds of most men and women! It is evil that resides in most hearts even though that fact is protested and screamed to be a lie, in the protesting and shouting it is a lie they only lie further. Man is consumed in sin. Mired in sin. Buried and dead, walking in darkness by and through their evil sinful hearts and minds. And more and more this is being revealed — to those who would only look, only listen, only understand, only know through the coming to and faith in the Word of God and the Lord Jesus Christ being instructed and indwelt of and by the Holy Spirit of God our Father!

Reprinted from United with Israel

Why is Hungary the only EU country sending a diplomat to the historic White House ceremony at which Israel will sign a peace treaty with two new Arab allies?

By United with Israel Staff

On Tuesday, Israel will sign a historic peace agreement with two Muslim-majority Gulf states, the United Arab Emirates and Bahrain.

And it turns out, Szijjarto is the only European Union (EU) diplomat planning to be there for the signing at the White House ceremony, which will be attended by around 1,000 dignitaries and diplomats.

While the EU issued a statement supporting the peace agreements between Israel and its Arab neighbors, the EU statement focused on “a negotiated and viable two-state solution built upon the internationally agreed parameters,” a clear reference to Palestinian demands.

The reason for the lack of EU diplomats at the signing on Tuesday remains unclear, however, many member states have remained hostile to the Trump administration and for the most part support the Palestinians in their conflict with Israel.

The Palestinians for their part have condemned in no uncertain terms the peace agreements between Israel and its Arab neighbors.

According to the Palestinian Authority, “normalization” of relations with the Jewish state is a “betrayal” of their cause and represents a “knife in their back.”

Until recently, the Palestinians had succeeded in pressuring the majority of the Arab world into boycotting Israel.