Todd White: ‘I Am So Convicted. … I Feel Like I Haven’t Preached the Whole Gospel, and I Repent’ 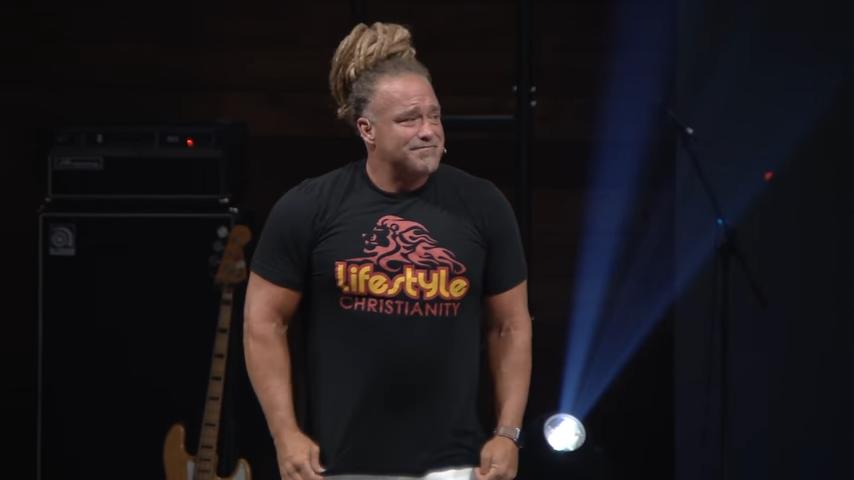 Todd White: ‘I Am So Convicted. … I Feel Like I Haven’t Preached the Whole Gospel, and I Repent’ (Video)

In a message posted to YouTube on Monday, Todd White of Lifestyle Christianity told those gathered during a Sunday evening service that he has been convicted of not preaching the whole gospel. While it is not clear if White has rejected teachings that had made him controversial in the past, he stated that the Lord has been “pruning” and correcting him and that “it hurts.”

“I feel like I haven’t preached the whole gospel, and I repent,” he told those at the Encounter service. “… I am so convicted.”

White said that God has been dealing with him for the past six months, which has been “the hardest season of [his] life.” He stated that, through it all, he feels like he has met Christ all over again and is “so excited.”

White, reading a story from Ray Comfort and advising that he has also been reading historic preachers, Charles Spurgeon and George Whitefield, said that he has been trembling in a “new place of the fear of the Lord and a new place of the inspiration of the Holy Spirit to bring the reality of the Law into a witness to show a person of their need of grace.”

He read Comfort’s parachute story, which tells about two men who were given a parachute on a plane, and one threw off the parachute because he thought it was just to better his flight, while the other became grateful when he realized — despite the mocking voices of others — that the parachute was needed to save his life as the plane was about to crash.

“We have to somehow get to people and not just promise them a better flight,” White urged before his voice started to quiver as he said, “Help me here. Am I the only one that’s convicted to the core?”

White then explained law and grace, which comprise the message of the gospel.

“God’s rules, or His commandments, are His laws, and if we want to [be] a good person, we have to obey them all, and nobody has. And so we have to know that we’ve sinned against God,” he outlined. “And we need to know that God’s grace in sending Jesus, and putting Jesus as the substitute for my sin, that we actually become the righteousness of God that is in Christ Jesus when we see the proper reason that He died for us.”

White said that the correct reason for coming to Christ is not because of the benefits that accompany it but rather because “you don’t want to live a life of sin and offend a holy God.”

“When you come to Jesus because He’s going to give you this and give you this, you really didn’t surrender,” he stated.

“If I come to Jesus, and I say yes and I come, and I become a part of a church and I just become part of something where it’s just a Sunday thing but I’m living in sin Monday through Sunday, what has really changed?” White also asked. “Why would the world want the gospel from somebody that’s not living it? … Why would they want your Jesus if your Jesus looks just like their life?”

White additionally talked about God being a just judge before whom all will stand, the need for repentance, and warned about preaching “another gospel.”

“Who is this Todd guy?” he asked, stating what he thought the audience must be thinking as his message was different from his norm. “This Todd guy got hammered by the Lord. It’s a hammering and a pruning, and it’s a good thing.”

View his remarks in full below.