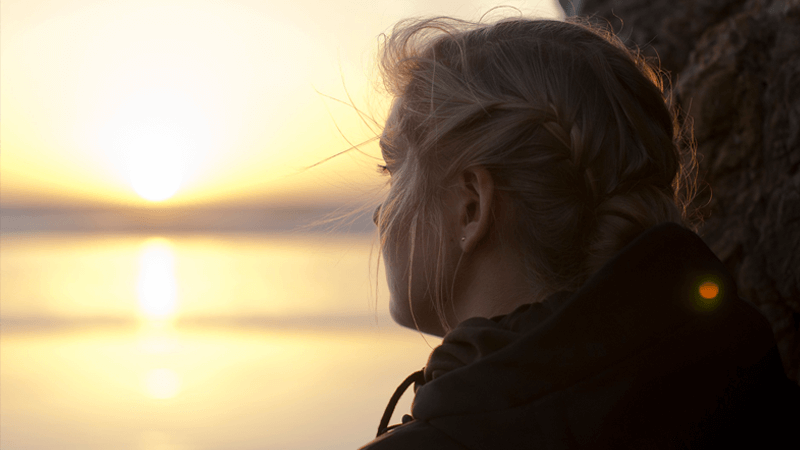 This isn’t letting your hair grow, wearing bellbottom pants & protesting a war, or…

as the article below my comments has as its byline…

While there has been the presence of evil on this earth since the time of the Garden of Eden, man and woman’s fall from Paradise, a heaven of perfection created by the Triune God for that Triune God to increase His joy, love, grace and giving, and at various periods in world history evil, immoralities, abominations and sin have ebbed and flowed — Tower of Babylon? The Great Flood? The enslavement, plagues, and such of the Jews and Egypt, and on and on throughout history — there never has been a period in worldwide history in which the acceleration and acceptance, the embracing of evil and its branches of sexual immorality have been so widely adopted, pushed by governments and every institution incusing so-called professed “Christian churches”, elevated, celebrated and cheered on as in the past 10 years or so. This is increasing. Evil is growing exponentially by the hour, day, week, so on.

The evidence is everywhere to be seen. the more vile, violent, downright evil and immoral a movie made by Hollywood the more it breaks past box office records, as just one example which may appear small and insignificant to many, and granted not the whole world is rushing to theaters to spend their money and time on such dung, but more and more do with each passing of time. The erosion is rampant. The erosion is elevating, increasing. And the people love the deeper, darker ruts they fall into as a result.

We’ve always had sexual immorality on this earth ever since man and woman wilfully imagined themselves equal to God and thought themselves gods, disobeying and seeking their own pleasure. Their own fleshly will. Selfish rather than selfless.

Sexual immoralities and mores have ebbed and flowed depending on cultures, time in history as well, but all previous heights of sexual immorality were shattered and never to be restored following the end of World War II and the seeds planted in the 50s took root and grew in the 1960s. What appeared to the majority at the time as a “passing fad” of rebellion, music, men growing their hair long, clothing styles getting very different than what had preceded them at its core had evil pushing it all along — and at the core of this movement was anything goes sexually. Whatever gets you through the night. Whatever makes you feel good. Whatever you want to do is all right. The so-called “Sexual Revolution” of the 60s with a multi-pronged attack of at first the hippies and music and a subculture, along with the rise of feminism (merely a branch of paganism, the New Age Movement which grew at the same time) forever changed on every level, within every institution, within every culture, especially Western culture how individuals thought and behaved with regard to human sexuality.

It was believed, in grave error by many, this was a passing phase that would be eventually corrected.

George Harrison, always the seeker of the Beatles and whatever any of them did garnered much press coverage, at the time of the height of Haight-Ashbury and the hippies taking off in San Francisco, traveled to San Francisco to see what the whole things was about.

Know what he said upon returning to England and being interviewed, and I paraphrase? “It’s just a lot of lazy rich kids living off their parents, refusing to work, refusing to do anything but lie about all day long getting high and having sex.”

The 1960s and early years of the sexual revolution were about heterosexual “free love” and having sex with whomever one wanted, Whenever one wanted. Nothing previous regarding morals applied. Adultery increased exponentially, divorce increased, sex before marriage increased, sex with multiple partners increased and the constant, continuing breakdown, the continuing constant erosion wearing upon the foundations quickly weakened what foundations remained.

To the point we are where we are today. Which is not even close to the end of all of this.

We now have so-called “Christian churches” and “Christian pastors” who are promoting homosexuality, lesbianism, and transgenderism. Who are practicing homosexuals, lesbians or transgenders. Every Western government is embracing, elevating and endorsing these sexual perversions, sexual immoralities.

The world and its people have drastically changed course. This is not a mere ebb or flow or glitch in world history.

This isn’t letting your hair grow, wearing bellbottom pants or trousers, and protesting a war. This is not “trendy” or a “passing phase.”

And it has all transpired due to negligence, stupidity, ignorance, blindness, refusal to stand, to speak out, to live according to the Word of God. I now am addressing those claiming to be disciples of Jesus Christ, we who are to be the salt of the earth, a light unto the world, calling sin sin, evil evil and voicing such. Standing against the onslaught of sin and evil and its growth. But we remained silent. In denial. In front of televisoin sets, on soccer fields, you name it — anywhere other than where we should have been (with our knees bent and our prayers going heavenward and our faces in Holy Bibles) doing anything other than that which we should have been doing (see previous words in parenthesis).

Hundreds of young people who have ‘transitioned’ from one sex to the other say they are regretting their choice, and now want to change back.

Charlie Evans was born female but lived as if she were a man for nearly a decade before accepting her true sex and ‘detransitioning’ last year.

After going public, she was contacted by hundreds of young adults who similarly doubt their decision to ‘change sex’ but are in need of support networks to help them.

Evans said: “I’m in communication with 19 and 20-year-olds who have had full gender reassignment surgery who wish they hadn’t, and their dysphoria hasn’t been relieved, they don’t feel better for it”.

She added that most who contact her tend to be around their mid-20s, female, and are often autistic.

“I thought it was better to work on changing how I felt about myself, than changing my body.” Ruby

When one woman told Evans that she had felt shunned by the lesbian, homosexual, bisexual and transgender community for “being a traitor”, she felt she had to do something.

She has now launched the Detransition Advocacy Network – an organisation seeking to provide help to others considering a return to their birth sex, and those who have done so already.

Sky News spoke to Ruby – not her real name – one of the many to contact Evans asking for help.

Ruby began identifying as a boy aged 13, and eventually obtained testosterone to help her transition to male.

She says at the time she had an eating disorder, which she feels was closely linked with her desire to change sex, but that this was not explored by her doctors.

“When I was at my gender clinic to get referred for hormones, we had a session where I went over my mental health issues and I told them about my eating disorder and they didn’t suggest that that could maybe be connected with my gender dysphoria.”

The cross-sex hormones she was taking meant her body changed, her voice became deeper, and she grew facial hair.

Now 21, she had been considering surgery to remove her breasts, but earlier this year she opened up about her growing doubts and decided to come off testosterone and return to living as a woman.

She said: “I didn’t think any change was going to be enough in the end and I thought it was better to work on changing how I felt about myself, than changing my body”.

Ruby also criticised what she sees as a trend of affirming everyone’s feelings of gender confusion, and called for alternative treatments.

She said: “For everyone who has gender dysphoria, whether they are trans or not, I want there to be more options for us because I think there is a system of saying, ‘Okay here’s your hormones, here’s your surgery, off you go’.

“I don’t think that’s helpful for anyone.”

‘What about the other licence fee payers?’

‘River Island have made a mistake’ over ‘gender free’ ad