The “War On Cash” Endgame Is Here 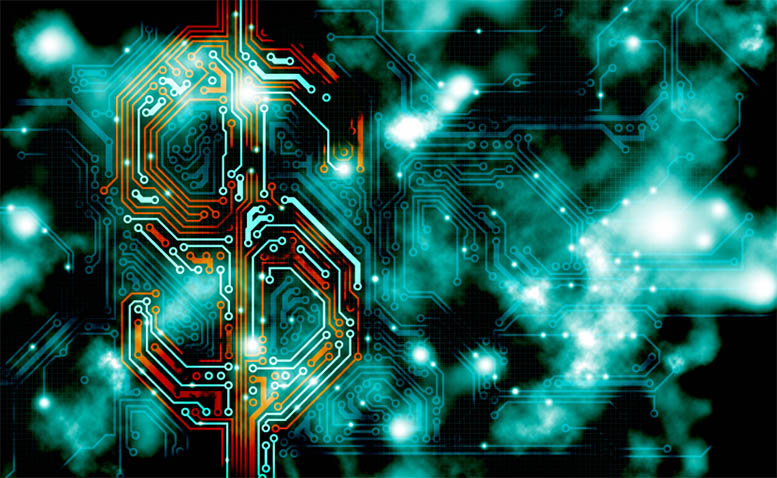 The “War On Cash” Endgame Is Here

Currency Of The Antichrist? The Power To Control How Money Is Spent

“Programmable Digital Currency”: The next stage of the new normal?

The war on cash’s endgame is here: money replaced by vouchers subject to complete state control.

Building on the bitcoin model, central banks are planning to produce their own “digital currencies”. Removing any and all remaining privacy, granting total control over every transaction, even limiting what ordinary people are allowed to spend their money on.

From the moment bitcoin and other cryptocurrencies first emerged, sold as an independent and alternative medium of exchange outside the financial status quo, it was only a matter of time before the new alternative would be absorbed, modified and redeployed in service of the state.

For those who have never heard of them, “Central Bank Digital Currencies” (CBDCs) are exactly what they sound like, digitized versions of the pound/dollar/euro etc. issued by central banks.

Like bitcoin (and other crypto), the CBDC would be entirely digital, thus furthering the ongoing war on cash. However, unlike crypto, it would not have any encryption preserving anonymity. In fact, it would be totally the reverse, potentially ending the very idea of financial privacy.

Now, you may not have heard much about the CBDC plans, lost as they are in the tangle of the ongoing “pandemic”, but the campaign is there, chugging along on the back pages for months now. There are stories about it from both Reuters and the Financial Times just today. It’s a long, slow con, but a con nonetheless.

The countries where the idea progressed the furthest are China and the UK. The Chinese Digital Yuan has been in development since 2014, and is subject to ongoing and widespread testing. The UK is nowhere near that stage yet, but Chancellor Rishi Sunak is keenly pushing forward a digital pound that the press are calling “Britcoin”.

Other countries, including New Zealand, Australia, South Africa and Malaysia, are not far behind.

The US is also researching the idea, with Jerome Powell, head of Federal Reserve, announcing the release of a detailed report on the “digital dollar” in the near future.

The proposals for how these CBDCs might work should be enough to raise red flags in even the most trusting of minds.

Most people wouldn’t like the idea of the government monitoring “all spending in real-time”, but that’s not the worst it.

By far the most dangerous idea is that any future digital currency should be “programmable”. Meaning the people issuing the money would have the power to control how it is spent.

That’s not an interpretation or a “conspiracy theory”, just listen to Agustin Carstens, head of the Bank for International Settlements, speaking earlier this year:

Here’s that quote again, with some emphasis added:

The key difference [with a CBDC] is that the central bank would have absolute control on the rules and regulations that will determine the use of that expression of central bank liability, and the have the technology to enforce that.”

…which tells you not only that they want and are seeking this power, but how they justify it to themselves. They transform other people’s money into an “expression of their liability”, and so consider it’s only right that they control it.

An article in the Telegraph, back in June, was just as candid [our emphasis]:

Digital cash could be programmed to ensure it is only spent on essentials, or goods which an employer or Government deems to be sensible

The article goes on to quote Tom Mutton, a director at the BoE:

You could introduce programmability […] There could be some socially beneficial outcomes from that, preventing activity which is seen to be socially harmful in some way.

Governments and employers making sure the money they issue can only be used on “sensible” things, and not be used in “socially harmful” ways? It doesn’t take much imagination to see just how this system could evolve and re-shape society into a truly dystopian nightmare.

In China the process is already beginning, with a trademarked lack of subtlety. As they progress toward the release of their digital currency, they are banning all cryptocurrencies to remove competition and it’s already known the digital yuan will be programmable.

The West’s approach will probably be less direct, but no less controlling for that.

Britcoin will likely be programmed in only “special circumstances”. Starting, as the Telegraph says, with state benefits. They will be flagged to be spent only on “essentials”. (Of course, if Universal Basic Income is put in place, then it’s possible the majority of people could end up on “state benefits”.)

It’s also not hard to see programmable money feeding into the “protect the NHS narrative”, where people aren’t allowed to spend state money on sugar, cigarettes or alcohol. Or people on organ waiting lists, or diagnosed with certain conditions, have their wages and spending controlled.

By and large, however, it is the nature of British tyranny to be unofficial. So the UK government will make a big show of renouncing their own power to program the money, thereby positively contrasting themselves with China…but at the time will take no steps to prevent large companies “programming” the wages they issue.

So, while the state controls the digital yuan in China, the digital pound will be subject to corporate control and used to enforce the unspoken state-corporate partnership that defines true fascism.

It will likely start in small, predictable ways designed to “limit competition”. McDonald’s, for example, will make it impossible to spend their wages at Burger King, and vice versa. Coke and Pepsi. Starbucks and Costa. You get the idea.

We’ve witnessed the rise of cancel culture, the cultivated age of identity politics, and virtue signalling. Well, imagine how programmable currency fits into that. Companies could commit to “combatting hate”, and stop their employees from donating money to blacklisted political parties, religious groups, charities or individuals.

In the age of Covid we have seen how authors/actors/singers who step out of line are subject to poisonous witch hunts, but imagine a world where companies could “renounce those who spread misinformation”, by making it impossible to spend wages they issue on art/films/music/books by outspoken critics of the government.

Maybe companies will make it so that employees who aren’t vaccinated have more limitations placed on their wages than vaccinated ones. Maybe an unvaxxed paycheck can’t be spent at cinemas or nightclubs, to “stop the spread of the virus”.

John Cunliffe, deputy director of the Bank of England, told the Telegraph:

You could think of smart contracts in which the money would be programmed to be released only if something happened.

So maybe employers will remove choice altogether, and make a negative test and/or a vaccine booster a prerequisite for unlocking your wages. That could be applied to all kinds of behaviours moving forward.

The World Economic Forum has a clear vision of the future where people “own nothing and are happy”, combine that with a prolonged war on homeownership, and you can see employers and governments issuing money which can be spent on rent, but not on a mortgage.

Now imagine the nascent “Green New Deal”. Hard limits on how much money you can spend on petrol, plastic, or meat.

Only X dollars on flights per year. Only Y pounds on beef. All for the good of the planet.

Money will turn from an expression of independence into nothing but a voucher system operated completely at the whim of corporate monoliths.

All of this would have sounded like rampant paranoia just two years ago, but would you honestly be surprised to see that suggestion in the Guardian, these days?

A programmable digital currency would have, coded into it, the ability to control our entire society. And it looks like that’s where The New Normal is heading next.