The Spiritual War of Political Correctness 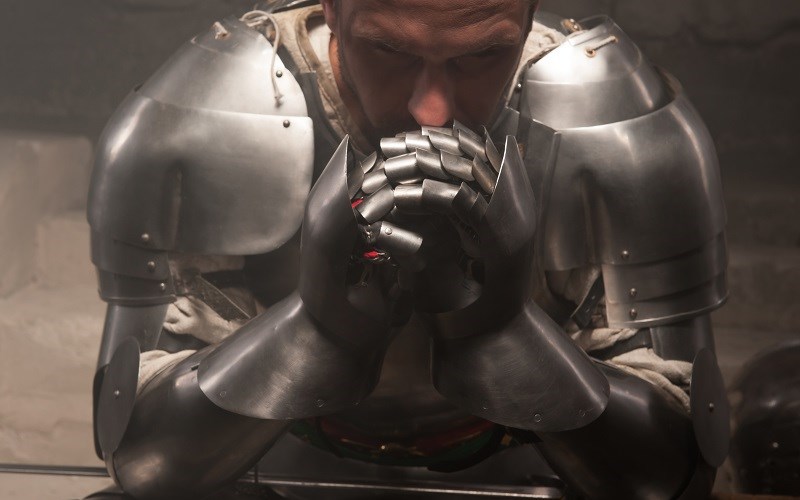 The Spiritual War of Political Correctness

“Virtue is a habit, and no conservative can hope to conserve what he does not himself practice.” Michael Knowles

PC chips at and breaks the boundaries and standards God provides. It promises to build back better, yet the proselytes of PC fail to mention the real consequences: The subversion of truth leads to the subjugation and suffering of most of mankind.

In Speechless: Controlling Words, Controlling Minds, Michael Knowles has created a well-written and well-researched work that explores and dissects PC and its multi-faceted attack.

If any Christian can read this book and fail to see this is a spiritual war that, by necessity, involves Christians taking a role in politics, then they and their descendants will suffer the consequences. Knowles concludes his book by writing:

“Both men and beasts make sounds. The latter can make only noise, but the former is capable of speech, a distinction that separates and elevates him above the rest of creation. This capacity for speech makes man the political animal. We use language to convey what we understand about the world and how we want to live in it. The process of persuasion and education that ensues from that act of speech constitutes politics. If we are to master our political future, we must not merely demand the right to speak; more important, we must have something to say.”

PC is not just censorship, but “is a standard of speech and behavior along leftist ideological lines” that formed “…with the explicit goal of destroying traditional standards and establishing new standards of speech in their place.”

He says it is a purely negative campaign and has no desire for coherence with reality. It isn’t until Chapter 13, “The War on Christmas,” that he writes:

Whether intentionally or not, PC attempts to make all people identify themselves as their own god with their own truth thus decreasing the glory that should be given to the one, true God.

PC reminds me of Satan in John Milton’s Paradise Lost, when he said, “The mind is its own place and, in itself can make a heaven of hell or a hell of heaven.” Here, Satan seems to be trying to convince himself that being forcefully separated from and condemned by God is something he can change mentally. This is just as good as heaven if I can make myself think so. This thought aligns well with PC.

Not only does PC attempt to capture the mind, but it also wants to use words to change reality as if that were possible. This is where false perceptions have real consequences. Chapter 13, “The Battle for the Sexes,” proves this in the two sentences at the beginning:

“Men are not women. For most of human history, those four words would not have raised an eyebrow.”

Who could’ve imagined we would ever begin to question something as obvious as that? So devious are the strategies of PC, they seem inspired by Satan himself because unless we have a foundation in truth and the willingness to speak and stand for it, then nearly any action we take only advances their agenda.

As Knowles writes, PC succeeds in destroying traditional standards of speech and behavior “…when it coerces some people to adopt the new code and when it convinces others to disavow standards entirely; either response overthrows the old order,” (emphasis added).

With political correctness, we’ve been invited to a game where they flip the coin and say, “Heads I win, tails you lose.”

We are at that dangerous stage seen in history where Christians, the salt of the earth, may lose their saltiness because of a concept called learned helplessness. Oddly, we should be the least affected because learned helplessness is when a person suffers from a sense of powerlessness and overwhelm from receiving repeated painful stimuli from multiple fronts.

“Political correctness, ironically, is neither correct nor strictly political, and its conception of the good is evil,” writes Knowles in the chapter “Mao Goes Mainstream.” No wonder, then, that PC’s false perceptions have devastating real consequences, because God’s Word warns us:

Woe to those who call evil good
and good evil,
who put darkness for light
and light for darkness,
who put bitter for sweet
and sweet for bitter!
(Isaiah 5:20 ESV)

Perhaps, as we reap the fruits of calling good evil and evil good, we are finally ready to return to God with all our hearts with fasting, weeping, and mourning (Joel 2:12). If not, then we will weep and mourn for a nation once blessed by God when we had more faithfully followed Him and His ways and honored His standards.

God help us be faithful and true to you as we move in this world filled with darkness. In Jesus’ name, amen.