The Prophecy of Cyrus 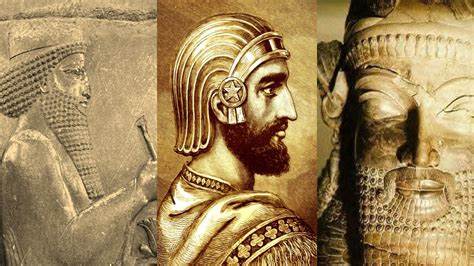 Cyrus was not born until almost 150 years after Isaiah penned the words of the prophecy.

Links are provided by the administrator of A Crooked Path and did not appear in the original commentary by Eric Lyons:

The Prophecy of Cyrus

One of the reasons we can know the Bible is from God is that it contains hundreds of prophecies about individuals, lands, and nations similar to the example above. One such prophecy was about a man named Cyrus and two nations: Babylon and the Medo-Persian Empire. Isaiah vividly described how God would destroy the powerful kingdom of Babylon, “the glory of kingdoms” (13:19). Writing as if it had already occurred (commonly known as the “prophetic perfect,” frequently employed in the Old Testament to stress the absolute certainty of fulfillment, i.e. Isaiah 53), Isaiah declared Babylon would fall (21:9). He then prophesied that Babylon would fall to the Medes and Persians (Isa.13; 21:1-10). Later, he proclaimed that the “golden city” (Babylon) would be conquered by a man named Cyrus (44:28; 45:1-7). This is a remarkable prophecy, especially since Cyrus was not born until almost 150 years after Isaiah penned these words.

Not only did Isaiah predict that Cyrus would overthrow Babylon, but he also wrote that Cyrus, serving as Jehovah’s “anointed” and “shepherd,” would release the Jews from captivity and assist them in their return to Jerusalem for the purpose of rebuilding the temple. All of this was written almost 200 years before Cyrus conquered Babylon (539 B.C.). Amazing!

In case you are wondering about the factuality of this story, secular history verifies that all of these events came true. There really was a man named Cyrus who ruled the Medo-Persian Empire. He did conquer Babylon. And just as Isaiah prophesied, he assisted the Jews in their return to Jerusalem and in the rebuilding of the temple.

Truly, “no prophecy of Scripture is of any private interpretation, for prophecy never came by the will of man, but holy men of God spoke as they were moved by the Holy Spirit” (2 Peter 1:20-21).

We are happy to grant permission for items in the “Inspiration of the Bible” section to be reproduced in part or in their entirety, as long as the following stipulations are observed: (1) Apologetics Press must be designated as the original publisher; (2) the specific Apologetics Press Web site URL must be noted; (3) the author’s name must remain attached to the materials; (4) textual alterations of any kind are strictly forbidden; (5) Some illustrations (e.g., photographs, charts, graphics, etc.) are not the intellectual property of Apologetics Press and as such cannot be reproduced from our site without consent from the person or organization that maintains those intellectual rights; (6) serialization of written material (e.g., running an article in several parts) is permitted, as long as the whole of the material is made available, without editing, in a reasonable length of time; (7) articles, excepting brief quotations, may not be offered for sale or included in items offered for sale; and (8) articles may be reproduced in electronic form for posting on Web sites pending they are not edited or altered from their original content and that credit is given to Apologetics Press, including the web location from which the articles were taken.