The Power of Faith vs the Danger of Delusion 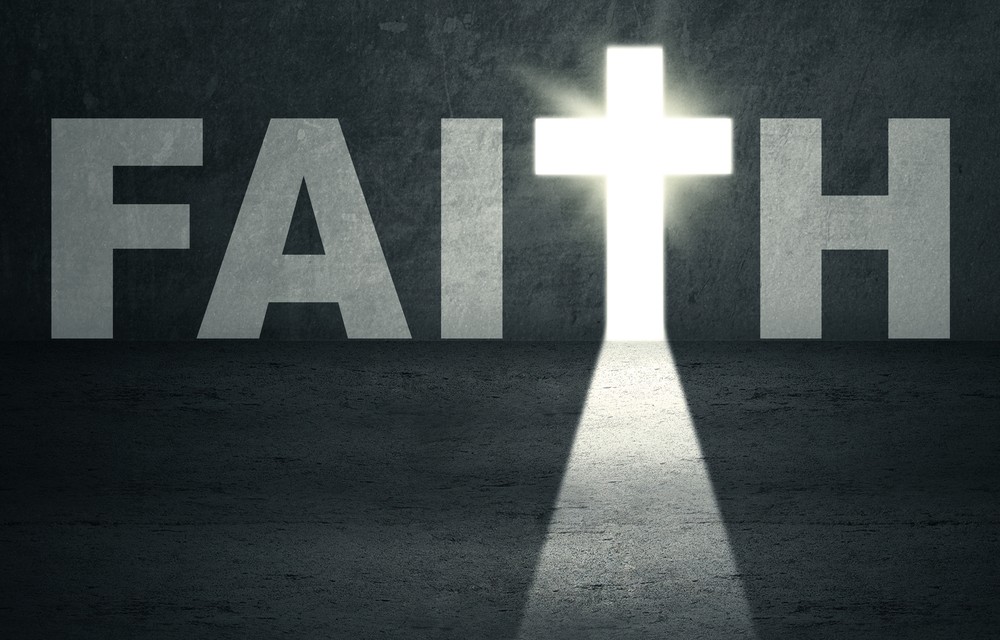 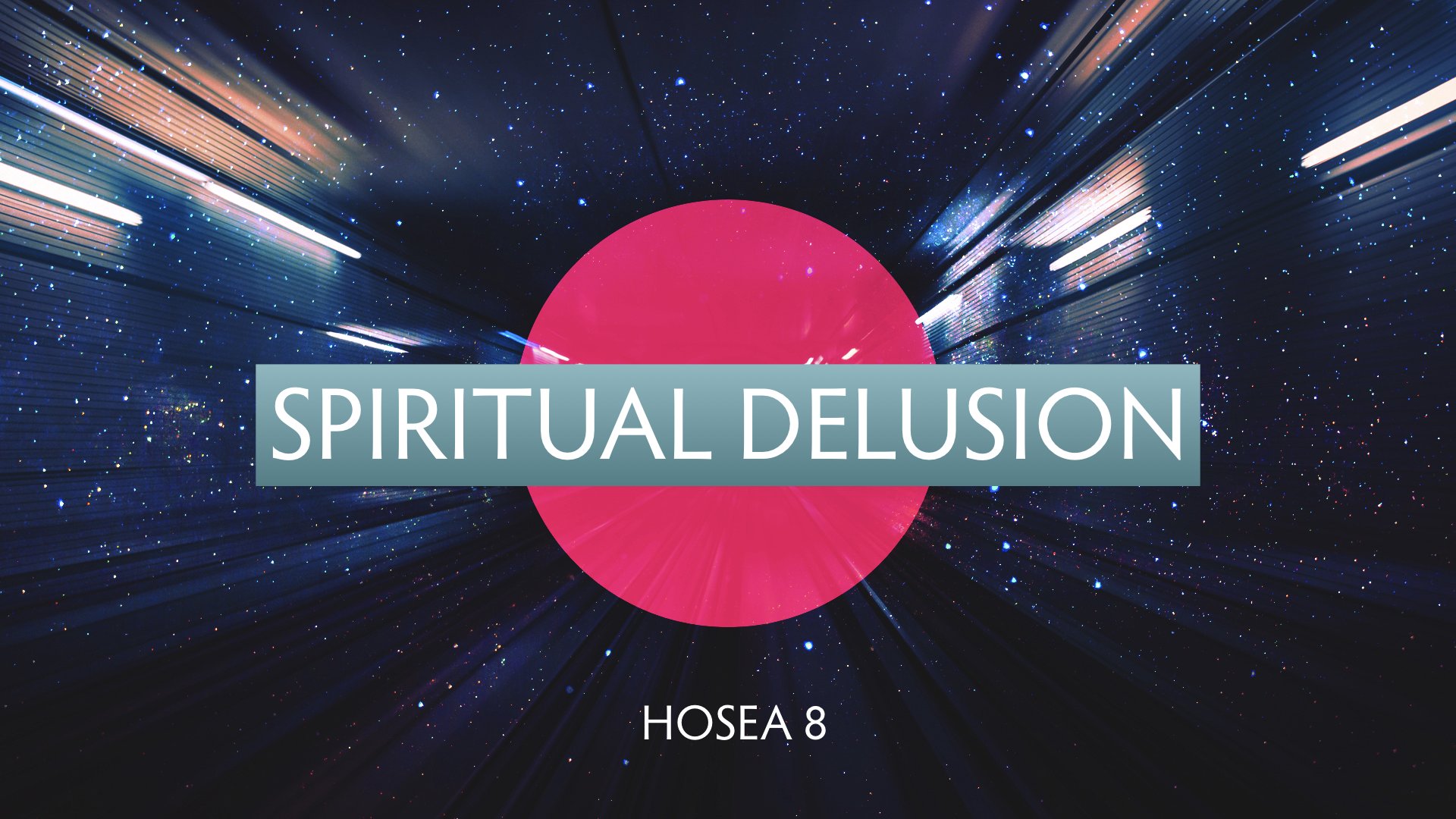 Presently I believe there are more false teachers, false prophets on this earth, in America especially than at any other time in world history. Wrapped in the title of pastor, preacher, Christian writer or speaker, Christian talk show host, also denominations now rife with decay and the rot and death of false prophets, unsound doctrine, and false teachers.

What they all are doing is NOT prophecy. It’s PREDICTIONS. It’s like traveling carnival hucksters and charlatans. Loving to place the attention on themselves rather than on Jesus, on God, on the TRUTH of sound doctrine gleaned from knowledge and faith in the Scriptures. It’s “Look at me!” rather than looking to God and the Bible. Rather than looking to Jesus. Looking and placing priority in the flesh, in this world over spiritual matters. By their cunning, seductive manners and words.

Misleading many astray. More and more each passing day!

If truly a prophet of God?

That prophet is NEVER WRONG. Never in error. Never declares something to happen at some appointed time in the near or far timespan THAT DOES NOT THEN HAPPEN.

Any practicing such predicting, in error, the results not coming to fruition compared to their words, or PREDICTIONS are of the devil. Pure and simple.

And any who follow those and believe them? Rather than turning into the Bible? Turning into deeper, stronger, bolder, bigger prayer? Listening to, believing these ravenous wolves in sheep’s clothing?

Do more than turn back to the Bible…

Dive into deeply. Immerse yourself in the pure, life-giving, all things answered unto you if you seek in truth and purity and faith. Answered to each person as they need. Measured out to each as God knows best.

Let us cease this nationalism, idolizing men and women, being consumed of this world, placing a nation, a man, what a pastor, preacher, or professed Christian writer says that proves to be wrong. Placing your faith in them higher, greater than placing your faith in God, in the Lord Jesus Christ, in the Holy Spirit…in the inerrant living Word of God.

Why make the devil happy as he whispers his seductive lies, as he works solely, entirely, tirelessly to attack and lead the saints astray and from God?

And to listen to, believe, place faith in, be convicted in the heart by the words of a false prophet? A false teacher? A false church and or denomination?

Is not God, the Lord Jesus Christ, the Holy Spirit and the life-giving find all your answers in His Word Scriptures enough for you?

Why do you turn to fables, false teachers, their lies, and deceptions with itching ears rather than being at peace with God?

Why dear ones? Why? Why make Satan delighted and the Lord our God finding nothing but displeasure in those who will not abide, will not remain in the sound doctrine, in the true gospel they were told?

Are you the world’s?

Or are you the Lord Jesus Christ’s and His alone. Living while dead and risen in Christ crucified and resurrected?

Can’t be both. We live among a sea of Marie Antionette’s!

Learn from what happened to all those in history that believed they could be double-minded. Play a game that is no game at all but deadly serious. That they could test God. ignored God. They used God for their own gain.

Each person can only serve one master. Be in one camp. Have their heart beating for either the world or for God.

Not because I say so. Rather because so many in the Word of God say so. Seek those words that will give illumination, discernment, light, and life and turn back to this and these leaving the false prophets to the weak who refuse the truth and continue walking in darkness with their ever-itching ears!

The power of true faith leads to life.

Delusion only leads to death.

Learn the difference while a gracious, merciful, tender, loving God blesses with breath and a beating heart. And a mind to use wisely. Testing everything. Judging everything either of God and the Spirit and or of this world and he who is the god of this world for a season. Each person is either an ambassador, a soldier for the Lord…

…or a minion of the devil.

We all serve someone.

One leads to eternal life and all things beyond our feeble comprehension for the wonder, awe, glory that heaven is and will be for those justified and sanctified in the Lord Jesus Christ

The other to the second death. Eternal death. Eternal damnation for disobedience of free will choosing the world, lusts, pleasure, words, self, and serving the devil rather than the Lord.

Find out through prayer, belief, trust in picking up a Bible and confessing sin, seeking wisdom and truth, asking the Spirit of God to pull back the veil, remove the scales from the eyes, the darkness and icy coldness of the heart and reveal the truth through His Word, His Spirit, His Son…

Oh, believe and come out from the darkness and into the light while available! While blessed to do so.

The Power of Faith vs the Danger of Delusion

There is nothing more powerful than faith in God. Faith can move mountains, because it trusts in a mountain-moving God. Faith can change the destiny of whole nations, because it believes in the one who created the nations. That’s why the entire Bible puts such a strong emphasis on faith, from beginning to end.

But faith is not fantasy. Faith is not simply affirming the figments of our own imagination. Faith is anything but delusional.

Instead, true faith is firm trust in ultimate and absolute truth, even when all evidence is against it. In the famous words of Hebrews 11:1, “Now faith is the assurance of things hoped for, the conviction of things not seen.”

As the old (and seemingly) trite saying goes, “God promised it, I believe it, and that settles it.”

But what if we are believing something that is not true? What if we are convinced that God has spoken when He has not? What then?

Right now, there are millions of Christians in America, including quite a few prominent leaders, who remain certain that Donald Trump will be inaugurated for a second term on January 20th.

It doesn’t matter to them that the courts have rejected almost every single case of alleged fraud brought by the Trump team. It doesn’t matter that there is no political path for his reelection. They are convinced that God had spoken, and they will not be moved.

Certainly, many of us can relate to this kind of faith, having believed God against all odds at other times in our lives. Our friends thought we were crazy. Family members thought we had lost touch with reality. All the evidence was stacked against us.

“Just accept the facts,” we were told. “You will not get your miracle.”

And yet we did get our miracle. God came through. Our faith was vindicated.

That is how many of these Christian leaders are feeling right now. They, too, are expecting their miracle. Trump will have four more years! No amount of factual, contrary evidence will dissuade them.

On the one hand, this could be a great testimony before a watching world if the seemingly impossible happens. This could demonstrate that our faith is not a fantasy and that we are not delusional. What spiritual courage!

On the other hand, when Joe Biden is inaugurated on January 20th, what will happen to our testimony before the watching world?

It will be difficult for people to separate our faith in Jesus from our faith in Trump’s reelection, difficult for the world to distinguish between a written promise in the Bible and something we personally believe God has spoken. (In other words, to the non-believer, it will be difficult to distinguish between, “The Bible says that whoever believes in the Son will have eternal life,” vs., “I believe the Holy Spirit has spoken to me that Trump will be reelected.”)

The truth be told, it will be difficult for many Christian believers to distinguish between faith in God’s eternal promises and faith in an alleged promise that Trump would serve a second, consecutive term.

That’s why I’m writing this article today, well before January 20, 2021. That’s why I’m shouting this simple message from the rooftops. (And I shout it as a charismatic leader who believes in contemporary prophecy and prophetic ministry.)

The Bible, God’s Word, stands alone. Nothing can be added to it or taken from it. What God promises in His Word is 100 percent certain, more fixed than the rising and setting of the sun. You can bet your very life on it. Jesus died for our sins. He rose from the dead. And He will one day return. As it is written so it is, and so it will be. I stake my eternal dreams and hopes and destiny on these glorious truths.

To quote two great passages of Scripture, first from Isaiah then from the words of Jesus Himself, “The grass withers and the flowers fall, because the breath of the LORD blows on them. Surely the people are grass. The grass withers and the flowers fall,    but the word of our God endures forever” (Isaiah 40:7-8). And, “Heaven and earth will pass away, but My words will never pass away” (Matthew 24:35).

As for alleged prophetic words spoken today, including words we “sense” in our hearts or words to which our spirits bear witness, they are subjective and must be tested. And, even if they prove true, they are not equivalent to the Bible, they do not have the authority of Scripture, and they do not represent universal truths that are binding on all believers.

That means that my faith will not be affected in the least with the anticipated inauguration of Joe Biden, although I will certainly be concerned with the direction he has pledged to take our country.

The Bible never told me (or you) that Trump (or any other presidential candidate) would be elected. And I can give a list of reasons why so many prophetic voices and Christian leaders could have been so wrong in their pro-Trump predictions. (We will certainly address that when the time is right.)

But my message to a watching world right now is simple: John 3:16 will remain true long after the Trump reelection prophecies are forgotten. Don’t confuse what is written in the Word with some alleged prophetic words.