The Persecution Of Christians Is Escalating Dramatically All Over The World 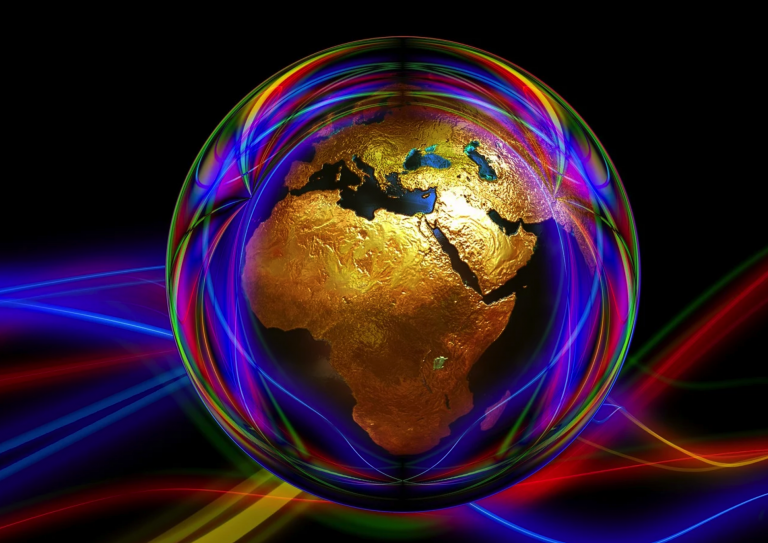 Who shall separate us from the love of Christ? shall tribulation, or distress, or persecution, or famine, or nakedness, or peril, or sword?

As it is written, For thy sake we are killed all the day long; we are accounted as sheep for the slaughter.

Nay, in all these things we are more than conquerors through him that loved us. For I am persuaded, that neither death, nor life, nor angels, nor principalities, nor powers, nor things present, nor things to come, Nor height, nor depth, nor any other creature, shall be able to separate us from the love of God, which is in Christ Jesus our Lord.

Beloved, think it not strange concerning the fiery trial which is to try you, as though some strange thing happened unto you: But rejoice, inasmuch as ye are partakers of Christ’s sufferings; that, when his glory shall be revealed, ye may be glad also with exceeding joy. If ye be reproached for the name of Christ, happy are ye; for the spirit of glory and of God resteth upon you: on their part he is evil spoken of, but on your part he is glorified.

Blessed are they which are persecuted for righteousness’ sake: for theirs is the kingdom of heaven. Blessed are ye, when men shall revile you, and persecute you, and shall say all manner of evil against you falsely, for my sake. Rejoice, and be exceeding glad: for great is your reward in heaven: for so persecuted they the prophets which were before you.

All Scripture is God-Breathed

But thou hast fully known my doctrine, manner of life, purpose, faith, longsuffering, charity, patience, Persecutions, afflictions, which came unto me at Antioch, at Iconium, at Lystra; what persecutions I endured: but out of them all the Lord delivered me. Yea, and all that will live godly in Christ Jesus shall suffer persecution. But evil men and seducers shall wax worse and worse, deceiving, and being deceived. But continue thou in the things which thou hast learned and hast been assured of, knowing of whom thou hast learned them; And that from a child thou hast known the holy scriptures, which are able to make thee wise unto salvation through faith which is in Christ Jesus. All scripture is given by inspiration of God, and is profitable for doctrine, for reproof, for correction, for instruction in righteousness: That the man of God may be perfect, thoroughly furnished unto all good works.

The Persecution Of Christians Is Escalating Dramatically All Over The World

Reprinted from The American Dream

All over the globe, thousands upon thousands of Christians are being ruthlessly killed simply because of what they believe.  But if you only rely on corporate-controlled media sources for your news, you literally never hear about this relentless persecution.  In fact, in this article I don’t link to a single mainstream news source.  I had to go to Christian news websites to document what I am about to share with you, because the mainstream media avoids stories such as these like the plague.  Of course if innocent people were being systematically butchered for a reason that aligned with the various agendas that they are constantly pushing, the mainstream media would be all over this.  It greatly upsets me that the deaths of Christians are treated as if they don’t really matter, and we continue to see the global persecution of Christians escalate year after year.

For example, just take a look at what is happening in Ethiopia.  Extremists have been conducting a door-to-door campaign as they search for Christians to kill…

At least 500 Christians have been killed in an ongoing spate of coordinated door-to-door attacks and thousands of traumatized survivors have fled for their lives over the last two months in southern Ethiopia’s Oromia regional state, including its capital Addis Ababa, according to reports.

For most of you, this is probably the very first time that you have ever heard about this.

This just shows the power of the mainstream media.  If they don’t talk about it, then most of the population will never even know that it exists.

But we should be talking about it, because what is taking place is absolutely horrifying.  In some instances, Christian parents are literally being slaughtered in front of their children…

“The Qeerroo extremists arrived in cars and, armed with guns, machetes, swords and spears, sought out and slaughtered Christians. Children were forced to witness their parents being brutally murdered with machetes,” it added.

An Oromo Christian was beheaded after he refused to tear off the thread around his neck, which is worn by many Ethiopian Christians as a sign of their baptism. The attackers told his wife that only those who prostrate before Allah for prayer are considered part of the Oromo community.

This should be one of the greatest human rights causes of our day, but the silence coming from the mainstream media is deafening.

It is almost as if there is a concerted effort not to talk about this.

But I refuse to keep silent.  These precious lives matter, and I am going to talk about them.

In South Sudan, 23 Christians were gunned down at a church gathering on July 27th, and the attackers apparently decided that was not enough and so they decided to burn down an entire village…

Meanwhile, in South Sudan, six children who had been taken hostage were among the 23 people killed when unidentified gunmen attacked an Anglican church in Jonglei State on July 27. At least 20 others were wounded.

“After killing people in the church, the gunmen went to the homestead village and killed people there,” Bishop Moses Anur Ayom told the Episcopal News Service. “The gunmen burned down the whole village in Makol Chuei.”

On the other side of the continent, thousands of Christians are being systematically eliminated by extremists in Nigeria…

This year already nearly 2,000 Christians have been mercilessly hacked and shot to death in surprise raids on their villages. These deadly, senseless attacks are often portrayed as ongoing clashes between farmers and herders. Those who follow closely believe they are part of a larger agenda — seemingly supported by government officials and security agencies — to drive Christians off their lands. Nigerian citizens have been disarmed by the government, but somehow, the Militant Fulani herdsmen are armed to the teeth and have no fear of encountering security response or capture.

This is something that has been going on throughout all of 2020, and this is another story that I’ll bet you have never heard about until this article.

I could keep going through more examples in Africa, but let’s switch gears.

In India, religious extremists regularly kill Christians, but those deaths rarely get much attention.  Here are just a few examples…

A young woman in the Khunti district of Jharkhand has become the fifth victim in a string of Christians killed in India because of their faith.

The woman, 25-year-old Suman Munda, was found dead on July 19 in a deserted place near her home, according to Vatican News. Just one month earlier, on June 24, another Christian, 27-year-old Ramji Munda, was killed outside a village in the Khunti district.

Overall, the number of attacks on Christians in India just seems to keep rising year after year.  In 2019, one group recorded “527 cases of persecution against Christians”…

The killing of Christians in India is on the rise.

In 2019, Persecution Relief, a group dedicated to helping persecuted Christians in India, recorded 527 cases of persecution against Christians, compared to 447 cases in 2018.

Sadly, the final number for 2020 will probably be the highest that we have seen so far.

But at least things in India are not as bad as they are in China.  As I have discussed previously, the Chinese government seems to have decided that the elimination of the Christian faith should be official government policy.  Over the past couple of years, countless churches have been raided, countless pastors have been imprisoned, and countless Bibles have been burned.

Bitter Winter reported on June 9 that crosses had been removed from over 250 state-run Three-Self churches in the eastern province of Anhui in the first four months of the year. According to the newly received information, an additional 656 state-run Protestant venues in the province had lost their crosses during the first half of this year, the total exceeding 900.

Thankfully, we aren’t facing this level of persecution in the western world yet, but many of our politicians have used the pandemic that we are experiencing to implement very strict restrictions on Christian gatherings.

In fact, the city of Seattle temporarily shut down an entire park the other day in order to prevent a Christian worship event from taking place.  The following comes from Todd Starnes…

The City of Seattle shut down a local park in advance of a massive gathering of Christian worshippers.

Christians were banned from the park, but not Black Lives Matter or Antifa. Let that sink in, folks.

The organizers could have completely canceled the event, but instead they decided to take it to the streets and rebrand it as a “worship protest”…

But instead of canceling the event, the Christians simply relocated the service to the street and called it a “worship protest.”

It was wonderful to see such a diverse group of people all worshipping the Lord together under a beautiful blue sky.

But you can be sure that officials in Seattle will be brainstorming ways that they can prevent such a thing from happening again in the future.

Hatred of Christians is rapidly rising all over the globe, and it is going to get a whole lot worse in the years ahead.

Sadly, the corporate-controlled media will almost certainly continue to ignore the persecution that is happening because it definitely does not fit any of the agendas that they are trying to push.

That is extremely unfortunate, because every one of these lives that is being lost is of immense value, and their stories deserve to be told.