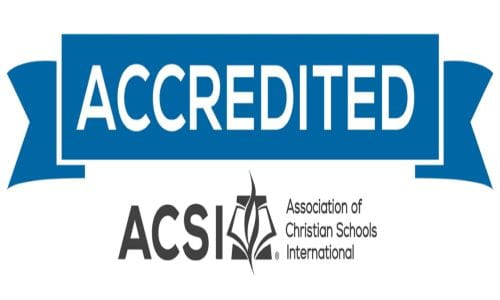 The original title of this article was “Leftists Want Biden to Target Christian Schools Accreditation,” but let’s finally start to get past the place where we think the root cause, the starting point in everything is political and starts with either liberalism or conservativism and that’s that.

Come on, folks. Enough of that error in thinking and living already. It’s all about the spiritual war each person on earth is enjoined in whether they believe it or not. Enjoined in this spiritual war everywhere on earth, every person, every moment of every day. And it does not declare conservatives “saved” and wonderful and spotless, the “good guys” and liberalism the source of all things bad.

It’s EVIL people. And every conservative is a sinner just as every liberal is. And what is at work in the world goes far deeper, far beyond American politics, or Democrat vs. Republican, leftist vs. the right. Just because it’s called the right doesn’t mean every person of right-wing beliefs is right.

Not in the sight of the Lord, He Who is no respecter of persons and calls sin, sin. Something fewer and fewer people cut of any cloth within the stained, stinking fabric of society will say in these times.

What is at work? Really? If we want to get to the root?

The MINISTERS of the DEVIL at work. In our world. In our nation. In every branch of our government. In our schools, in our churches, everywhere at this point.

Even if Donald Trump isn’t in the White House for the next four years, he’s leaving the next president with a whole lot to remember him by. As the days tick on, more liberals are starting to realize that even if Joe Biden wins, upending all that Trump did will be a much harder climb than many people thought. The roots of this administration’s policy run deep, and pulling them up will be a long, difficult slog–if the Democrat can manage it at all.

“There’s this assumption in Washington,” former Obama official Jim Messina said, “that it’s all going to change, and I just don’t think that’s how things work.” Not only is wholesale change going to be difficult to come by, he suspects, but it’s not what the American people want.

Just look at the GOP’s gains in statehouses, governors’ mansions, and Congress. This election wasn’t a repudiation of the conservative message. If anything, it was a warning to the far-Left to put its extremism in park.

Are there things Joe Biden could do right away? Absolutely. He’s already committed to throwing open the doors to taxpayer-funded abortion, reinstating Obama’s transgender school mandate, and crushing freedom with a laundry list of health care orders.

But here’s the beauty of Donald Trump’s legacy: we now have courts at every level dominated by constitutionalists who will be more than happy to respond when the Biden administration oversteps its authority. “The ability of Biden to act, compared to where Trump has acted on executive power,” Norman Ornstein of the American Enterprise Institute warned, “may be very significantly constrained.” Even appointing hard-core liberals to key posts will be difficult if the GOP hangs on to the Senate.

Outlets like the Huffington Post are already wringing their hands over the depth of Trump’s policies. Undoing what he’s been able to accomplish on issues like life “won’t be easy.” Especially on things like the Mexico City Policy, which bans overseas abortion funding, rescinding the farthest-reaching orders of its kind “is not like turning a light switch on and off,” lamented one international abortion activist.

As the Post points out, “President Donald Trump and Vice President Mike Pence not only reinstated the gag rule on day one of Trump’s presidency (an expected move from a Republican president), Trump expanded it twice and is currently looking to expand it once more before his term ends.” This won’t be like past presidential handoffs, Alanna Vagianos complains. The “lasting effects” of this president’s pro-life stance–not just here, but around the world–will take years to erase.

But don’t expect the hard-Left to cut Biden’s team a break. They’ve waited too long and despise conservative values too much to let a chance like this slip away. Even now, groups like the Human Rights Campaign are already out with their long lists of demands. And marginalizing Christians is priority number one.

“If there is a Biden administration,” Dr. Albert Mohler points out, “it will be, by Joe Biden’s own pledge, the most lesbian, homosexual, bisexual, transgender, and queer-positive administration in history.”

But, he shakes his head in amazement, “at least we know what the game plan is.” “I’m astounded,” Mohler went on, “at how clear and candid they are. It’s like discovering the German battle plans for the invasion of France. We’ve been told exactly what they intend in terms of stripping Christian schools of accreditation and the fundamental assault on religious liberty.”

They’re coming for Christian schools, colleges, and seminaries, he warns, and it will be an assault like we’ve never seen before. It’s right there in black and white, Mohler insisted. “They want to force the Biden administration to use the power of executive orders through the Department of Education to deny any school that stands against the lesbian, homosexual, bisexual, transgender, and queer revolution their accreditation.”

And maybe there are Christians who say, “Well, no big deal.” It’s a huge deal, Mohler argued. Accreditation has everything to do with “whether your school can accept students from the GI Bill, whether or not your school can participate in federal student aid programs.

My school does not… but hundreds of Christian schools do. And whether or not your degrees and credits will be recognized to transfer to another institution or whether your graduates are able to apply to a graduation program elsewhere…This is the worldview conflict we’re facing.”

The problem is, people aren’t paying attention. Too many of them have their eyes glued to the election to look deeper at what Biden is proposing. Secondly, too many Americans are out there believing, “Oh, Biden would never do that.” I’m here to tell you he will. This is not theoretical. “I think most American conservative Christians just don’t have any idea how all of the things that they’ve celebrated for the last four years are all endangered,” Mohler agreed.

So what do we do about it? Well, as he said, “Knowledge is power.” If the enemy’s given you their war plan, there’s no excuse for not dealing with it. Christians need to come to grips with what’s coming. If the Biden administration has a chance, it’s going to move on the church at warp speed.

Men and women of faith need to understand that they might have to pay a price to defend religious freedom, as uncomfortable as that will be. And, most importantly, we–as a community–need to make Joe Biden and Kamala Harris fight for every inch. We may not be able to stop everything, but thanks to the sweeping victories we had in the states, we can at least slow it down.