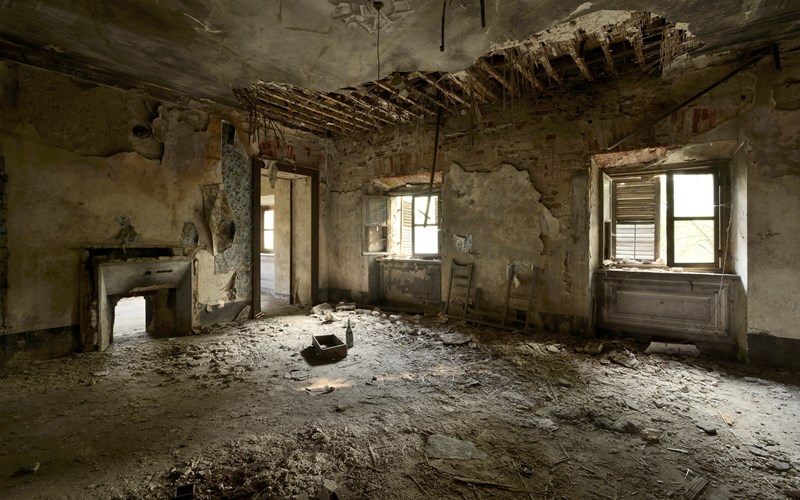 Sometimes it seems as if America has become like Judah during the time of Isaiah, when nothing in that culture was sound or healthy:

Where will you be stricken again, as you continue in your rebellion? The whole head is sick and the whole heart is faint. From the sole of the foot even to the head there is nothing sound in it, only bruises, welts and raw wounds, not pressed out or bandaged, nor softened with oil (Isaiah 1:5-6).

Alex McFarland, author, apologetics expert, and co-host of Exploring the Word, heard weekdays on AFR, has identified the three greatest challenges facing the church, and all three are veritable giants. They are: (1) militant secularism, (2) intolerant homosexuality, and (3) radical Islam. Especially in the case of the first two in the U.S., these giants seem everywhere ascendant.

As the Psalmist says, “The wicked strut about on every side when vileness is exalted among the sons of men” (Psalm 12:8).

Even in the church today, it seems as if every form of heresy exalts itself against the truth. Of course, we were warned by the Apostle Paul that such times would come, “when [those in the church] will not heed sound doctrine, but having itching ears, attach themselves to teachers after their own lusts” (2 Timothy 4:3).

Still, the followers of Jesus must battle against the lies of hell, because to lose this fight is to see a culture overthrown. For those Christians who think the destruction of a culture does not matter to the church, think again: “If the foundations are destroyed, what can the righteous do?” (Psalm 11:3).

How should Christians respond? We know we are always called to be salt and light (Matthew 5:13-16), but what, exactly, does that look like?

Here are some helpful glimpses from Scripture:

Many Christians simply do not care that our society is unraveling. Whether it’s because they are apathetic, self-centered, engulfed in an idolatrous love of pleasure, or insulated by wealth from the catastrophic depth of human suffering underway in America, many people who name Jesus as Lord could care less.

This is a monstrous sin against a holy God – and it will be punished in the day of trouble. In Ezekiel 9 we see a terrifying picture of the spiritual struggle surrounding a decaying nation as judgment swiftly approaches.

The prophet Ezekiel sees a vision of destroying angels drawing near to Jerusalem, preparing to unleash devastation. Before judgment comes, however, another angel is given instructions:

Sometimes, all we can do is “sigh and groan” at the sights and sounds of wickedness in our midst. But God sees our sorrow – and takes notice. Such lamentation over the triumph of evil wins His approval and, we see in the next verses, His protection.

All those who did not sigh and groan, who were not marked for God’s protection, were brought to utter ruin. God’s holiness consumed its way through the rottenness and rebellion like a fire engulfing a decrepit slum, so much so that Ezekiel despaired that all would perish.

And church leaders take note – in terms of God’s own people, the judgment began from the top down. The destroying angels were told: “‘[A]nd you shall start from My sanctuary.’ So they started with the elders who were before the temple” (v. 6).

As it is true that, when God judges His people, it often starts first with a holy visitation upon His shepherds, so it is true that God starts a national judgment by examining the church – before sinners are judged.

For it is time for judgment to begin with the household of God; and if it begins with us first, what will be the outcome for those who do not obey the gospel of God? And if it is with difficulty that the righteous is saved, what will become of the Godless man and the sinner? (1 Peter 4:17-18)

Christian, it is time to take note of our own sin, and then the sin that is found in the wider church. Once our own hearts are broken, we can then – and only then – call sinners to repentance. To “sigh and groan over all the abominations which are being committed in [our] midst” is to please God and, if He wills it (1 Peter 4:19), provide for our own protection should judgment come.

It is axiomatic that the moment a Christian mentions sin, the immediate retort will be a Bible verse: “Do not judge so that you will not be judged” (Matthew 7:1).

Yes, it is clearly an effort to escape the conviction of the Holy Spirit by pointing to the flawed messenger. Yes, it is usually easily proven that the sinner couldn’t find the verse to save his or her own life. Yes, it is obviously a twisting of what Jesus meant by “judging.”

Nevertheless, what Jesus did mean is often missed by Christians who are all too happy to correct a sinner’s poor Bible exegesis. The goal is to “see clearly” so the sinner can be helped. How do we get ourselves into a position to see clearly? By remembering to search our own hearts for the sin that infects our hearts, too. If we do this, we will tend to be compassionate to other sinners, even as we ask God to be merciful to us.

Let me give you an example. I don’t like it when Christians mock atheists like Richard Dawkins. I see him and other atheists as people who are searching for answers but have not had God reveal Himself to them. They are groping for God, as Paul says in Acts 17:27, even if they don’t know it. Dawkins is a very bright individual who is dismissive of the idea of a God because he just can’t see Him.

Of course, Romans 1:18-32 makes it plain that every man has some awareness of God through nature yet suppresses that awareness in pride, idolatry, and unrighteousness. Thus they are without excuse and will be held guilty for that stubborn refusal to honor God.

However, I am well aware that I could have been just like Dawkins, had not God, in His mercy, shown Himself to me. As a result, I feel a lot of compassion for him – even when he’s being a jerk. I can’t really see how I can be snarky toward a man who is stumbling in the dark, just like I was. After all, I didn’t see God until He lit a lamp and whispered in my ear, “Psssst … over here.”

Note: This series will continue with this writer’s next installment. All Scripture verses are from the New American Standard Bible.