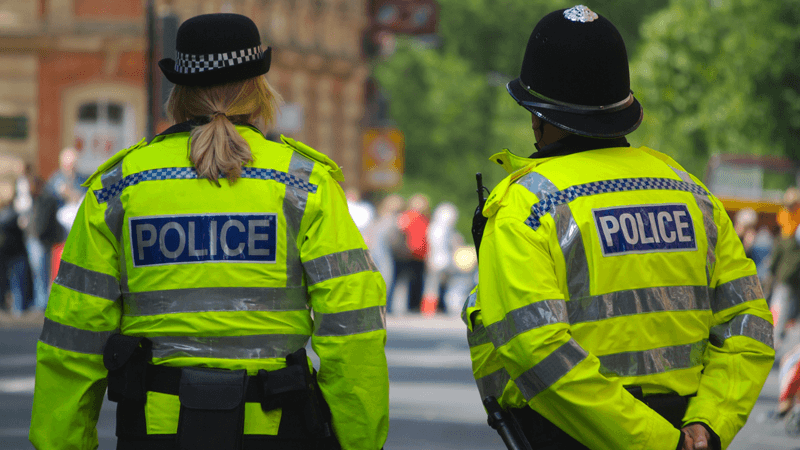 The arrest of a Christian street preacher in Prime Minister Boris Johnson’s Uxbridge constituency has now become an issue in the election for London Mayor.

Commenting on a video posted by Christian Concern of Pastor John Sherwood’s arrest near Uxbridge tube station on 23 April, Laurence Fox, the Reclaim Party’s candidate for London Mayor, said on Twitter: ‘This is awful, Sadiq Khan’s two tier policing has to be stopped.’

The reference to ‘two tier policing’ reflects Fox’s view that the Metropolitan Police under current London Mayor Sadiq Khan prioritises the enforcement of political correctness over tackling the scourge of knife crime.

Yet, whatever happens in the election, the Met could have cause to regret the aggressive arrest of Pastor Sherwood. In July 2019, Pastor Oluwole Ilesanmi, supported by Christian Concern’s sister organisation, the Christian Legal Centre, won £2,500 in exemplary damages from the Met for ‘false arrest, imprisonment and unlawful detention’ after officers aggressively arrested him outside Southgate tube station. The officers claimed the pastor had made ‘Islamophobic’ comments.

According to the Met, Pastor Sherwood, 71, who had been preaching from Genesis 1, was ‘arrested on suspicion of an offence under Section 5 of the Public Order Act’ for ‘allegedly making homophobic comments’. If he is prosecuted, his lawyers could deploy the free speech defence in Section 29JA of the 1986 Act: ‘In this Part, for the avoidance of doubt, the discussion or criticism of sexual conduct or practices or the urging of persons to refrain from or modify such conduct or practices shall not be taken of itself to be threatening or intended to stir up hatred.’

This is the wording of the Waddington Amendment. The late David Waddington (1929-2017), a Conservative peer who had served as Home Secretary during the 1980s, successfully inserted this free speech provision into the Act in the House of Lords in 2008 during the passage of New Labour’s legislation against ‘homophobic hatred’.

As well as the aggressiveness shown by the three Met police officers in the arrest of an elderly man, there is another disturbing aspect to the Pastor Sherwood case, which is his account of being taken to a west London police station, held over night, and interrogated by officers in a way that is reminiscent of the ideological manner of the Stasi – the secret police in former Communist East Germany.

According to Pastor Sherwood’s account, they asked him what he would do if one of his own children were homosexual. That is an ideological question that goes far beyond the specific offence under English law which Pastor Sherwood was alleged to have committed. According to the MailOnline report, the complaints against Pastor Sherwood were about the ‘alarm or distress’ allegedly caused by his ‘declaring that God’s purpose in creating mankind was to set human beings in families, headed by a father and a mother, not by two fathers, or by two mothers’.

This line of questioning is reminiscent of the behaviour of a Humberside police constable who in 2019 interrogated Lincolnshire businessman Harry Miller after he liked a Twitter post apparently mocking transgenderism. The officer told Miller, himself a former policeman, during a 34-minute telephone call: ‘I need to check your thinking.’

In 2020, the High Court ruled that Humberside Police had unlawfully interfered with Miller’s right to freedom of expression. Mr Justice Julian Knowles said: ‘In this country we have never had a Cheka, a Gestapo or a Stasi. We have never lived in an Orwellian society.’

The Met says a file on Pastor Sherwood, who was released without charge, has been passed to the Crown Prosecution Service for ‘review and consideration’. The CPS have to consider whether Pastor Sherwood’s preaching from the Bible reached the threshold of ‘abusive or threatening’ speech under Section 5 of the Public Order Act. If they decide it did not, his case would go no further.

Under that outcome, Pastor Sherwood could have grounds for suing the Met over the conduct of its officers.

So, the apparent zeal for political correctness and ignorance of the law on the part of the three officers who arrested Pastor Sherwood, one of whom grabbed the Bible out of his hand, could prove costly for the Met, whoever becomes the next London Mayor.

Julian Mann is an evangelical journalist based in Morecambe, Lancashire, and author of Christians in the Community of the Dome.