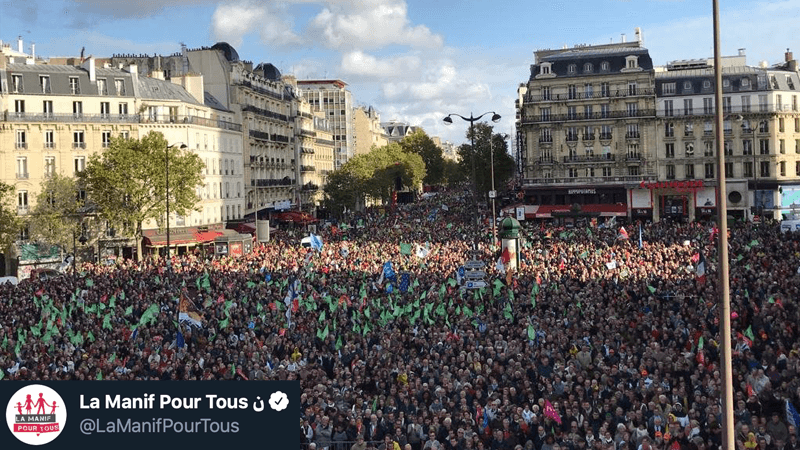 Tens of thousands of people in Paris have marched against changing French law to allow single women and lesbian couples to have IVF treatment.

The National Assembly backed the changes at the Bill’s first reading, but marchers converged on the capital declaring “Liberté, Egalité, Paternité” (Liberty, Equality, Fatherhood), to say that children have the right to a father.

Some were also concerned it would open the door to legalising surrogate motherhood, which is currently illegal in France.

One demonstrator said: “The family, with a mother and a father, is an ecosystem that needs protecting”.

The Roman Catholic Archbishop of Paris Michel Aupetit said: “A child is always a gift to be received without making it a manufactured product due to human technology that is subject to the power of money”.

The number of people at the event is disputed, with the organisers suggesting 600,000 were present, while the police put the figure closer to 40,000.

Abortion and same-sex marriage ‘railroaded through’ in Northern Ireland

C4M: ‘Australia has voted for a slippery slope’