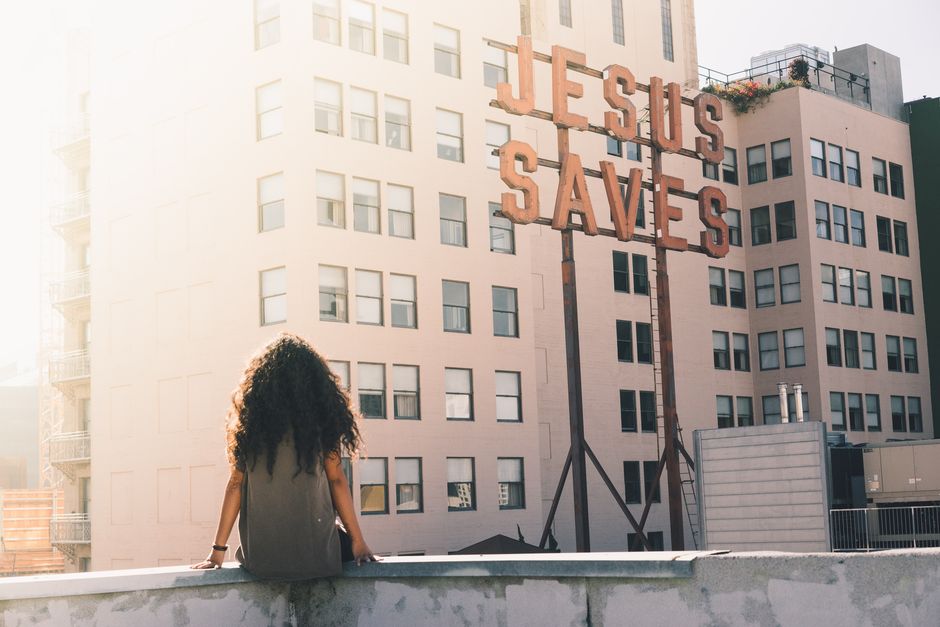 A couple of very important details, facts before scrolling down to read one of the latest surveys being published regarding what professed evangelicals believe.
1.) There ought not to be anything but 100% saying God is perfect.
2.) 100% that there is a Godhead, a Trinity of God the Father, the Lord Jesus Christ, and the Holy Spirit.
3.) God does not accept worship for any and all religions! 42% responded to the survey saying God does accept worship from other beliefs.
Jesus tells anyone who reads and hears, Jesus tells everyone only the truth each time He opens His mouth to speak that THERE IS NO WAY TO THE FATHER EXCEPT THROUGH THE SON, THE LORD JESUS CHRIST (see John 14:6).
Christianity is thee only religion that has the Lord Jesus Christ.
4.) Jesus WAS NOT created by God. Jesus has always been. Exactly like God because Jesus is part of the living God forming a Trinity. I realize the idea may be difficult, very taxing in trying to comprehend all of what that means. The Lord Jesus Christ has always been and always will. He had no beginning nor does He have an end. 3 out of 10 wearing the label evangelical Christian say Jesus is not God, but merely “a good teacher.”
All who do not fully, truly believe the words within the inerrant infallible Word of God, who like to pick and choose what they will believe, what they won’t, what they will water down and mingle in worldliness are in grave error.
We need to be true disciples of the Lord Jesus Christ and true children of the living God, our Father. True Christians. And this demands faithfulness. Belief. In the whole of the Bible. In that Jesus is fully, wholly God while He was also fully man. That God, Jesus, and the Holy Spirit — Who is an individual, not a concept, not an energy force, but is a distinct individual part of the Trinity — we need to understand and know God the Father, Jesus the Lord and the Holy Spirit are perfect. 100%. No doubt about that.
From the information found below my comments, it states at this time only 57% of those who consider themselves evangelical Christians believe the Holy Spirit creates a transformation, a regeneration within, rebirth through an individual’s faith and obedience in God and Christ leading them into salvation.
Please, dear ones, read on as to the diseased and sorry state of what is called “evangelical Christianity” in these last of the last days…
Ken Pullen
Wednesday, September 16th, 2020
ACP — A Crooked Path

The State of Theology survey released by Ligonier Ministries “reveals that many evangelicals express erroneous views that mirror the broader U.S. population”.

Ligonier Ministries, along with LifeWay Research, has released its biennial State of Theology survey, which aims to “take the theological temperature of the United States to help Christians better understand today’s culture and equip the church for discipleship”.

The survey explores the religious and cultural beliefs of U.S. adults regarding the nature of God, authority of the Bible, salvation, or Christian political engagement, among many others.

Among those surveyed, 630 declared themselves professing evangelicals. According to the survey, although they “tend to express great concern for the gospel, trends in our findings reveal that many evangelicals also express erroneous views that mirror the broader U.S. population”.

God, Jesus and the Holy Spirit

When asked about the doctrine of God, evangelical respondents were nearly unanimous in affirming that God is a perfect being (97%); that God is a Trinity of Father, Son, and Holy Spirit (96%); and that God cares about our day-to-day decisions (87%).

However, when it comes to whether God accepts worship from all religions, evangelicals are more divided, with 42% agreeing with it and 49% answering “no”.

Regarding Jesus, two-thirds of evangelicals (65%) affirmed the statement that “Jesus is the first and greatest being created by God”, while 30% do not believe that Jesus is God but instead think he is simply a “great teacher”, which is “very concerning” for the authors of the survey.

For the questions about the Holy Spirit, 46% of evangelicals pointed out that “the Holy Spirit is a force but is not a personal being”, while 78% do not think the Spirit can instruct someone to do something that goes against Scripture.

94% evangelicals agreed that the Bible has authority

When it comes to the Bible, 98% of evangelicals believed that the biblical accounts of Jesus’ resurrection are “completely accurate”, and 91% affirmed that the Bible is “100% accurate in all that it teaches”.

Although 94% agreed that the Bible has authority to instruct in us in what to do, 18% of evangelical respondents also believe the Bible “contains helpful accounts of ancient myths but is not literally true”.

The doctrine of salvation

According to the survey, “only a minority of U.S. Evangelicals (38%) agree with the biblical doctrine that God chose the people he would save before he created the world, showing that the influence of Arminian theology remains strong in American evangelical churches”.

Furthermore, it “shows a decline in the number of professing evangelicals who have an accurate understanding of the Holy Spirit’s work in salvation, with only 57% affirming that the Holy Spirit gives a spiritual new birth or new life before a person has faith in Jesus Christ”.

Related to the doctrine of salvation, the survey revealed that “84% of evangelicals surveyed believed that God counts a person as righteous not because of one’s works but only because of one’s faith in Jesus Christ and 46% affirmed that everyone sins a little, but most people are good by nature”.

U.S. evangelicals and the doctrine of salvation. / Ligonier Ministries

This is a presidential election year in the US, and “evangelicals express strong support for the freedom of Christians to join the debate”, the authors of the study underlined.

Only 16% of evangelicals said that “Christians should be silent on issues of politics”. This is down from 39 percent in 2016, ahead of Trump’s election.

According to Chris Larson, president and CEO of Ligonier Ministries, “the 2020 State of Theology survey uncovers widespread confusion in the United States about the Bible’s teaching and the reality of who God is”.

“Many have observed the drift among Americans toward relativism, and this survey helps to quantify how this nation is abandoning objective truth altogether”, he added.

Larson warned that “sadly, just when the church needs to be clear and bold about our triune God, the Scriptures, sin, and salvation, many evangelicals are evidently being influenced more by this cultural drift than by the Word of God”.

However, “Christians have an opportunity to bring light and comfort to our troubled times by pointing to Jesus Christ and the authority and sufficiency of the Bible”.

“These survey results reveal that there is much work to do. Let us pray for an awakening to our holy God and to what He has revealed about Himself and how we are to live in this world“, he concluded.