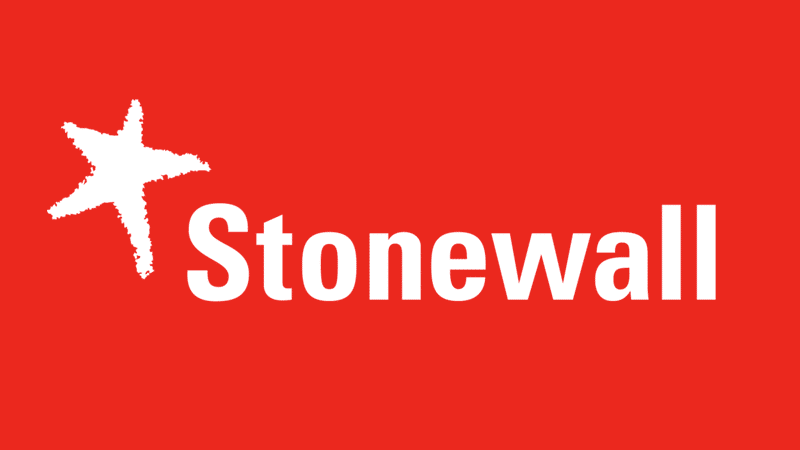 I would write “Imagine if you will…” with regard to this, as if it were the opening of a Twilight Zone episode and Rod Serling were speaking, but this does not have to be imagined. This is reality.

The co-founder of a homosexual organization is speaking out against all the government, school and institutional insanity surrounding the lies and total dung from the militant, fascist transgender movement.

When people such as Simon Fanshawe are saying what is taking place is wrong?

When government officials say they know it’s wrong but they think they can’t speak up?

When colleges, universities and schools wherein debate, free speech and open thought are supposed to live and thrive now are being supressed, penalized for knowing and speaking or writing the truth? These universites and collges are the real life thought police only previously written and spoken about from fiction novels. The real life Orwellian state in which reality is suspended and certain words removed. We are now living these once thought fictions as our daily reality. Corruption, disease of spirit and mind, illness of heart, void of truth, history, fact now fill the decaying bones housing the rotted within sacks of flesh serving evil.

When all known medical, scientific and biological evidence is before us and has been for centuries yet is now in the past couple of years denied?

Let’s get real clear on something shall we? Homosexuals are not emulating normal male, female relationships as established by God and nature. Homosexuals (which includes lesbians let’s get clear on this as well) crave, LUST AFTER THEIR OWN KIND OF FLESH. Period. They lust after their own kind. Male after male and female after female. This isn’t an old TV episode where an actor cross-dresses, or don’t imagine one must be the “man” in a lesbian relationship, and one must be the “woman” in a male homosexual relationship. Males crave, desire and lust after male flesh. Females crave, desire and lust after female flesh. That’s what homosexuality (lesbianism) is all about. Not equality, civil rights, we’re like you except…don’t fall for the lies and deceptions. Homosexuals (lesbians) conform and mold themselves to the life choice they make. Period. Do not be deceived in any of this. All this isn’t happening because some men like to dress up like women and wear makeup and women’s clothing, or come off as feminine, delicate and can’t take the realities of life and how they have chosen to live, and the same goes for females. Cropped short hair, being “butch” and acting manly in attire and such does not mean they want to be males — it’s all part of the confusion and immorality. Women are craving, lusting after female flesh, men are craving, lusting after male flesh. Period. Nothing else going on in this sin, these abominations, this immorality against God and nature.

And the growing transgender perversions and rot are merely an extension, a growing weed of choking death to blot out the light and good fruit bearing and producing. To consume and devour the truth, reality, perception along the way denying very science and biology and all that is known. And what is the result? Supposed of sound mind men and women, people in places of power, authority, teaching and such are bowing to, falling for it all. Like fearful slaves bowing before the whips and lashings of their owners.

And people doubt these are the last of the last days? That the people have not been given over to reprobate minds and utter madness is the rule? And anyone with knowledge, sense, critical thinking, logic, facts, are afraid to speak up? Or they face repercussions for knowing and clearly speaking a simple truth? Which is there are only 2 genders. Two sexes. That God made. Male and female. And depending on what organs, what plumbing one is born with? That’s WHAT YOU ARE no matter what you “feel” or “think” or are misled and coerced by the prevailing corrupted cultures winds carrying the stench of death on them…

Stonewall co-founder Simon Fanshawe has criticised the organisation for placing the self-identification of gender ahead of women’s rights and safety.

Fanshawe said he “will not support a law that defies biology and defies the history and importance of women’s-only spaces and rights.”

The veteran homosexual activist went on to accuse Stonewall of seeking to shut down debate on gender ideology.

Last year Stonewall was accused of bullying supporters who refused to endorse its “extreme identity politics”.

Fanshawe, who co-founded Stonewall in 1989, criticised the organisation for “not acknowledging there is a debate to be had”.

“If the de-transitioners are telling their stories now, do you really want to be responsible for kids in 20 years’ time who went through a medical process that they may regret? I don’t think so.

“We’re doing something profoundly wrong here. And we’ve got to get it right.”

“I have spoken to MPs who have said to me that even though they may feel strongly about this, they can’t speak out about it.

“There are academics I know who are actively being investigated by their employers for apparently being transphobic for simply asking questions and promoting debate. That’s what universities are for.”

“In universities, particularly, the fundamental principle is the freedom to debate. I don’t think you should close down opinions.”

Fanshawe recently co-signed a letter with 21 other campaigners to The Sunday Times over Stonewall’s stance on transgender issues.

They wrote: “The government continues to treat Stonewall as if it represented the views of progressive thinking in general, and specifically lesbian, homosexual and bisexual opinion. It does not.

“We believe it has made mistakes in its approach that undermine women’s sex-based rights and protections.

“The most worrying aspect of this is that all primary-school children are now challenged to review their ‘gender identity’ and decide that they may be the opposite sex if they do not embrace outdated gender stereotypes.”