Speaking the Truth About Homosexuality is Hate Speech in Canada 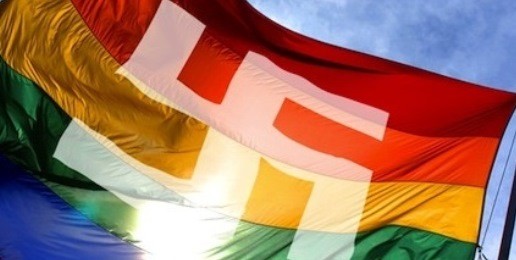 Speaking the Truth About Homosexuality is Hate Speech in Canada (Video)

This is an excellent video except for the fact the host and Peter LaBarbera of Americans for Truth keep stating this is something brought about by the left, the left of the political spectrum. If people are intelligent enough to realize what is taking place is an assault on free speech and clearly wrong to permit such a small percentage of the population to have such power and use it to incarcerate and discredit and destroy anyone who speaks out about the truth of homosexuality.

These are faith-based Christians supposedly. Why continue speaking about what is taking place as a leftist political act? Because what has taken place over the past 40 plus years in this homosexual fascism movement is not rooted in leftist political ideology or platform — it is deeply rooted in EVIL. In the escalating spiritual war each person is in whether they think so or not, whether they like it, agree with it or not.

And if anyone speaks the truth and says or writes differently?

Think deeply on this. Where this world is presently. The degree of decline, erosion that has taken place in only 20, 30 years.