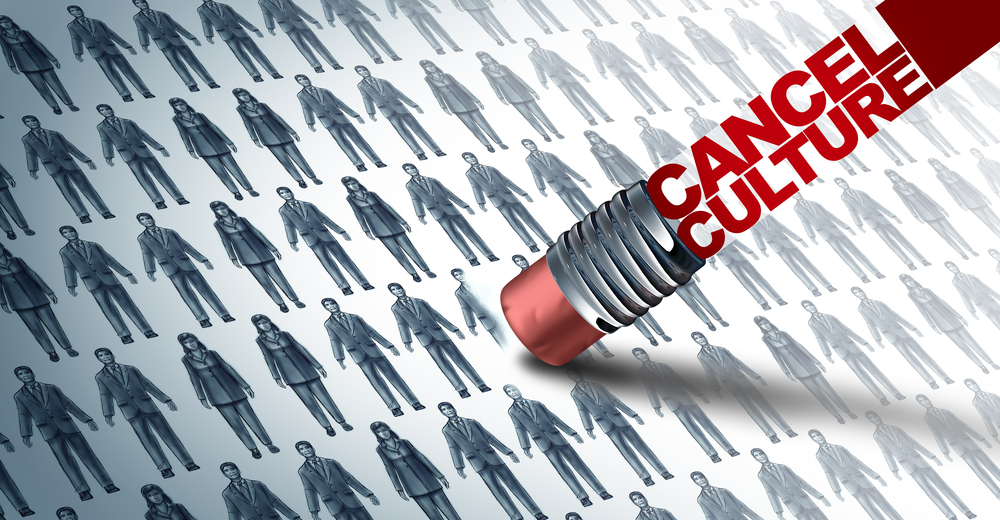 Why does anyone seriously allow this so-called cancel culture to have any credence? To operate as if anything they write, say, or declare is of substance, relevant, truthful, and in need of obeying?

Yet the greater populace, due to the constant battering of all this subversive, perverted, corrupted dung being passed off dialog by media, institutions, governments, entertainers, and the like listens silently. Doing much of nothing. Far too few speaking up and pushing back on this destructive nonsense called the cancel culture giving them credence, almost respectability by placing what they say, write, and do right alongside legitimate statements presented.

Why is this done? Other than compliance, laziness, ignorance, and the like on the part of the greater population. Falling at first for what is called political correctness the door once bashed in can never be closed after allowing the intruders with ill-intent in. Without resiting their evil. Without pushing back on them rather than sitting idle and silent.

If contracting cancer, an illness, a severe pain would sitting idle and silent be the course of action? The remedy? Then why take that approach with the cancer, the disease, the sickness, the perverted pain of this co-called cancel culture? Why aid it? Why bolster it? Why allow it to grow?

It is nothing more than the children of disobedience, the children of the devil running roughshod over every established foundation and belief in order to remove them and get their way diligently serving their master, the devil.

For every person, every single person whether realizing it or not, acknowledging it or not, believing it or not is a soldier on one of only two possible sides in this escalating spiritual war. There is no Switzerland, and this Switzerland being neutral has always been just one more lie and myth perpetuated and accepted (do the homework, do the research on your own to learn why I wrote this fact). There is no neutrality in this spiritual war EVERY PERSON EVERYWHERE is enjoined in.

And each person is on one side or the other.

Why do so many act as if they have been given a “forever pass” from their commanding officer in this war?

Anyone silent, anyone obeying this so-called cancel culture is doing exactly as they hope and want — shutting up and removing free speech. To only have GROUP THINK. Fascism. Tyranny. Oppression.

Not liberty and freedom. Not the “better world” without hate and racism these ministers of Satan proclaim.

Human nature has not changed one molecule or iota since Creation. Since Adam and Eve disobeyed God and obeyed the devil. There have been ZERO alterations, progress, changes in human nature since Creation. contrary to the myths and lies perpetuated by evil and those who preach evil as their master, appearing as an angel of light does.

The President of University College London (UCL) has called on universities to teach students how to better disagree with one another in order to defeat ‘cancel culture’.

Dr. Michael Spence said that in order to promote free speech, universities have a duty to “model and to teach students how to disagree well across really sometimes quite profound barriers of disagreement”.

“Not making an enemy of other people, trying to work out where there is common ground – these are core intellectual skills that I think universities have a fundamental role in teaching”.

Dr. Spence said that when UCL was founded in 1826, students had to “learn that art of having a good coffee room debate”, but now they need to be able to use those skills both in person and online.

The Times noted the case of Dr. Neil Thin of the University of Edinburgh, who said that students started an online campaign against him after he criticised the university’s decision to rename the David Hume tower.

“The right to free speech is worthless if it does not include the right to offend.”The Times

The newspaper commented: “The right to free speech is worthless if it does not include the right to offend.

“If students feel unable to handle being confronted with ideas that do not conform to their world view then they should not be attacking those with whom they disagree; they should be asking themselves whether they are suited to the intellectual rigours of academic life.”

Earlier this month, the Russell Group pledged to fight cancel culture and protect the “diversity of ideas” on campus.

Representing the top 24 universities in the U.K., the group said that academic freedom and freedom of speech are “fundamental to our purpose as academic institutions”.

It comes in the wake of a Government clampdown on universities which do not actively promote free speech. 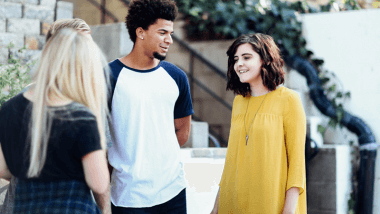