Schumer & Pelosi vs. Freedom of Conscience 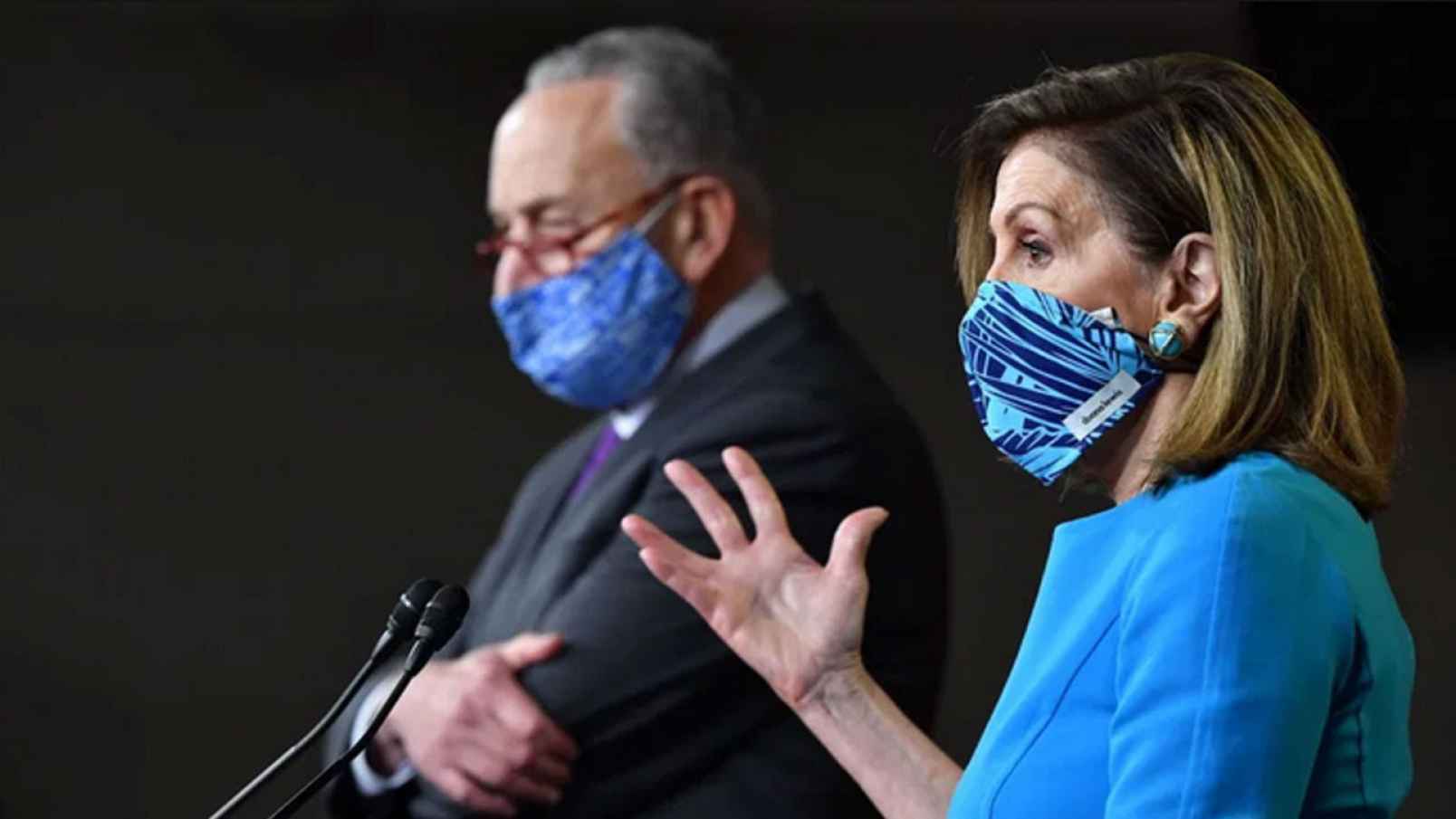 Schumer & Pelosi vs. Freedom of Conscience

In the 1980s, as the Supreme Court’s summary would later explain in the case of Employment Division v. Smith, a “private drug rehabilitation organization” in Oregon fired two employees “because they ingested peyote.”

These employees, however, did not ingest the drug for recreational purposes. They did it, the court’s summary explained, “for sacramental purposes at a ceremony of their Native American Church.”

Even so, Oregon denied the two unemployment payments “under a state law disqualifying employees discharged for work-related ‘misconduct.'”

The issue for the Supreme Court: Was Oregon violating the First Amendment right to the free exercise of religion?

In an opinion written by Justice Antonin Scalia, the court ruled it was not.

“We have never held that an individual’s religious beliefs excuse him from compliance with an otherwise valid law prohibiting conduct that the state is free to regulate,” the court stated.

“Subsequent decisions have consistently held that the right of free exercise does not relieve an individual of the obligation to comply with a ‘valid and neutral law of general applicability on the ground that the law proscribes (or prescribes) conduct that his religion prescribes (or proscribes),” said the court.

“Because respondents’ ingestion of peyote was prohibited under Oregon law,” the court concluded, “and because that prohibition is constitutional, Oregon may, consistent with the Free Exercise Clause, deny respondents unemployment compensation when their dismissal results from use of the drug.”

This decision alarmed both conservatives and liberals. If the government could prohibit peyote even for use in a recognized religious ritual, what could it not prohibit in the exercise of religion?

Then-Rep. Chuck Schumer, a New York Democrat, joined with Republican Rep. Chris Cox of California in introducing the Religious Freedom Restoration Act, or the RFRA. No less than 168 other House members — including Nancy Pelosi — co-sponsored it.

Schumer presented himself that day as a champion of religious liberty.

“Under Smith, the practice of using sacramental wine, wearing a yarmulke, Kosher slaughter and many other religious practices all could be jeopardized,” Schumer said.

“Quite simply, we cannot allow this to continue,” he said. “The Founders of our Nation, the American people today, know that religious freedom is no luxury, but is a basic right of a free people.”

“The bill will restore the First Amendment to its proper place as one of the cornerstones of our democracy,” he said. “It is simple. It states that the government can infringe on religious practice only if there is a compelling interest and if the restriction is narrowly tailored to further that interest.”

Pelosi then rose to support the bill.

“Religious freedom is one of the founding principles of this nation,” she said.

“I hope that my colleagues will join me in supporting the protection of religious freedom by voting in favor of the Religious Freedom Restoration Act,” she said.

Twenty-one years later, however, the question was not whether the government could punish someone for using peyote — but for not providing employees with insurance that covers abortion-inducing drugs and devices.

Schumer and Pelosi flip-flopped on the free exercise of religion.

Under the Affordable Care Act, the Obama administration released a regulation requiring health insurance plans to cover all contraceptives approved by the Food and Drug Administration. These included at least four drugs and devices that acted as abortifacients.

The Green family, who owned the Hobby Lobby stores, sued, arguing that the regulation violated Schumer’s Religious Freedom Restoration Act. “Respondents’ faith prohibits them from facilitating abortion, and specifically from providing health coverage for the four mandated drugs and devices that can end life after conception,” their lawyers said in a brief to the Supreme Court.

“Yet, the mandate compels Respondents to do precisely what their religion prohibits or face draconian consequences — including millions in fines, private lawsuits and government enforcement actions,” they said.

“This,” they said, “is the paradigmatic substantial burden under RFRA.”

Pelosi actually argued — incoherently — that family businesses that refused to cover abortifacients were violating the “religious rights” of their employees.

“Women should not be forced to jump through extra hoops to secure the fundamental health care they need,” Pelosi said in response to the Hobby Lobby decision. “Allowing employers and CEOs to limit the health care available to employees is a gross violation of their workers’ religious rights.”

In the Senate, Schumer co-sponsored the Protect Women’s Health from Corporate Interference Act, seeking to reverse the court’s decision.

He essentially argued that a family cannot be allowed to operate its business in keeping with its religious principles.

“The Hobby Lobby case has now opened the door to the vast majority of companies and bosses to start denying their employees contraceptive coverage if the owners have a religious objection,” Schumer said. “We must slam the door shut.”

“When we wrote RFRA back in 1993, we did so to protect that which individuals with strong religious beliefs had always enjoyed — the presumption that they should be able to exercise their religious beliefs without interference from the government,” said Schumer. “But the court took that protection and misapplied it to for-profit companies that exist for the purpose of benefitting from the open market.”

We now have leaders in both houses of Congress who believe the government can deny Americans their most fundamental freedom — the freedom of conscience.

Terence P. Jeffrey is the editor in chief of CNSnews.com.