FEBRUARY 2007 – The following story is from the book Horns and Halos in Human Nature by Dr. J. Wallace Hamilton published in 1954.

There is a very old story about a church that needed new hymnbooks. A patent medicine company very generously offered to print the new hymnbooks in return for the privilege of putting their advertising in them. But instead of placing the advertisements on the back page or even on the front page, they mixed it up throughout the hymns. On Christmas morning when the books were presented, the pastor stood up and read the first verse of the first hymn:

Beecham’s pills are just the thing;

Peace on earth and mercy mild,

Two for man and one for child.

That is a pretty silly story, but something like it has really happened to the good news of God as it has come down through the years. The clear truth of it has become badly mixed up with the thing it started out to conquer. When you look at the historical expression of Christianity across the years and across the lands, salvation for multitudes of people called Christians has come to be little more than a craving for protection, a device to ensure safety from hell and the punishment of sin without saving them from sin.

We have inherited, and still hold in our minds, certain mechanical theories of the atoning work of Christ that give altogether too much encouragement to those who want the benefits of the cross without the battle, who want safety without spirituality, who look to God to change their legal relationship without changing them.

What did Christ come to do?

Certainly, He did not come to bring safety. Nowhere do you hear Him say, “Follow me and you will be safe.”

He said, “Follow me and you will get a cross.” (That’s my paraphrase of Matthew 16:24.) He did not come primarily to save us from the consequences of sin. He came to save His people from their sins – that is, to cure the evil in their hearts, to make them different. He didn’t come to get us into heaven. He came to get heaven into us.

Editor’s Note: From the late 1970s through 2010, Don Wildmon, founder and president emeritus of American Family Association, wrote hundreds of monthly columns for AFA Journal. Thirty-one of his best columns are now available in a recently published collection titled Our Call to Faithfulness: The Voice and Legacy of Don Wildmon. These columns represent his timeless wisdom and insight and are now being published weekly on The Stand in celebration of AFA’s 40 years of ministry.

Click here or call 877-927-4917 to order your own copy of Our Call to Faithfulness: The Voice and Legacy of Don Wildmon. 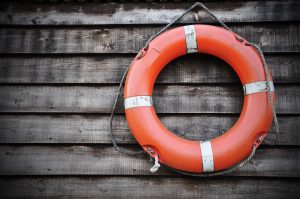