Rise of the religious ‘nones’ is slowing – study 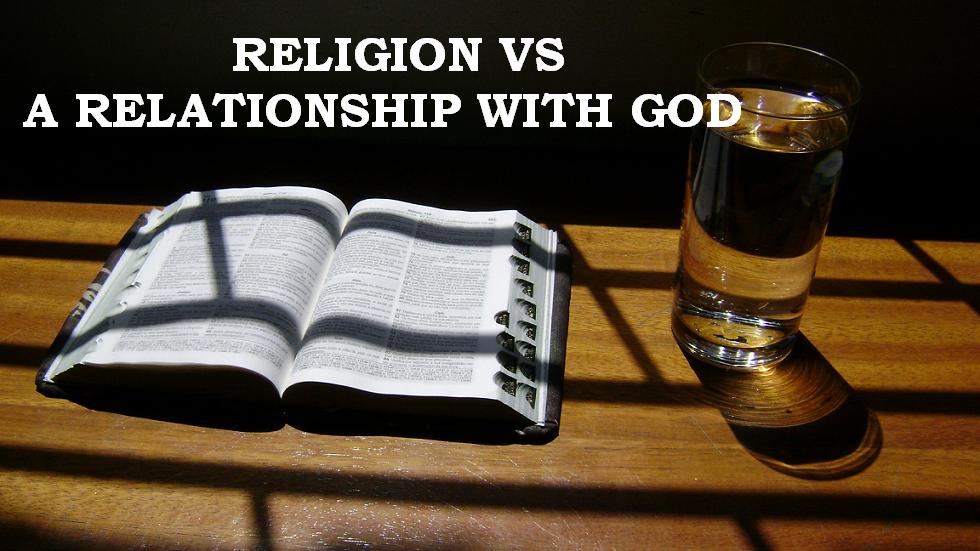 It’s easy to be “religious.”

What about being a true disciple of the Lord Jesus Christ? A true child of God? A true Bible-reading, Bible-believing, Bible-living, Bible-knowing true Christian?

Ahh, there is but a remnant. Truly. No matter the volume of babel, the torrent of words, services resembling more Vegas show and stand-up entertainers and rock concerts than humbling Bible-preaching, Bible-centered, Christ-centered honoring, praising, bowing to God the Father.

A glimmer of good news about the Good News in the article below? Let us pray and hope so…

…but it’s easy buying a metal or wooden cross, putting it around one’s neck and saying with lips but not a changed contrite and broken heart, a confessed spirit, a transformed life by the power of the Spirit of God “I’m a Christian,” as almost 7 out of 10 Americans do…

Americans Who Hold To A Biblical Worldview Declines Yet Again

Let’s pray on our knees, throughout our mornings, afternoons, evenings, and night times for true repentant humbling sin confessing revival. It is the only hope for the people of this corrupt and perverse nation, for those wandering in utter darkness lost and destined to eternal damnation unless they can hear the word of God and find Him calling them to come out of the darkness and into His Light, His Way, His Truth and His Life-giving words, grace, mercy, forgiveness, and love.

Not as the world knows or defines. Only as God and the Lord Jesus Christ and the Holy Spirit and the word of God tells and defines.

It’s easy being “religious.” To be a Buddhist, a Hindu, a Muslim, any of the pagan (New Age) matriarchal, goddess, sorcery founded “religions” as the majority are.

It’s easy to be a false “Christian” as the majority do.

Far too many think they know better than God. Including the majority of those today claiming to be a “Christian.” These are some of the same who contend the Bible is irrelevant. Can’t keep up with the times. Is outdated and just an ancient book. Some nice things in it, but it can’t all be true, can’t pertain to life today — these very same are the offspring of our original parents who were cast out of the Garden of Eden for this exact same thinking, this same nature within them — that they knew better than God, that they were their own gods, that they could question God, ignore God, do what they wanted, rebel against the instruction of God.

The nature within, the sin within, the arrogance, the belligerence, the deceiving, the lying, the hiding when found out, not one step not one iota difference from now to then in the Garden. Not one bit of difference.

Wake up to the escalating, deadly, casualty-taking spiritual war each person is in. No matter who. No matter where.

But how about living a godly Biblical-centered life?

It’s easy being “religious,” but not going to be quite so easy dealing with an eternity apart from God, in hell for pretending, deluding, deceiving, lying, hiding, denying and following only that which leads to death rather than Life, eternal life, only found in the faith of the Lord Jesus Christ. And living thusly.

Rise of the religious ‘nones’ is slowing – study

The Washington D.C.-based Public Religion Research Institute released its first-ever Census of American Religion on Thursday, which provided detailed information about the religious demographics of the United States.

The survey was part of PRRI’s 2020 American Values Atlas, based on phone interviews with 50,334 Americans throughout 2020.

A statement from the research firm alleges that the Census of American Religion “provides the most detailed estimates of American religious affiliation since the U.S. Census Bureau last collected religious data in 1957.” Data was compiled based on more than 400,000 responses to PRRI’s American Values Atlas dating back to 2013.

One of the biggest takeaways from the survey is that “the Rise of the ‘Nones'” has slowed.

The term “nones” describes Americans who do not identify with a particular religion and includes atheists and agnostics.

For several years, the PRRI and Pew Research Center have reported on the growth of the religiously unaffiliated American population, which corresponds with a drop in the share of Americans who identify as Christians.

White mainline Protestants made up just over 16% of the population in 2020, followed by white evangelical Protestants (14%) and white Catholics (12%.) All other religious groups accounted for less than 10% of the U.S. population as a whole, including Christians of color, Jews, Muslims, Hindus and Buddhists.

As the survey reported, “The increase in proportion of religiously unaffiliated Americans has occurred across all age groups but has been most pronounced among young Americans.”

The religiously unaffiliated constitute smaller pluralities of Americans between the ages of 30-49 and 50-64. At 14%, the religiously unaffiliated were the fourth largest group among Americans 65 and older. White evangelicals made up a plurality (22%) of the oldest age bracket, followed by white mainline Protestants (20%) and white Catholics (15%).

The slight decrease in the percentage of “nones” comes as the Census of American Religion found that “the decline of white Christian America” has also slowed.

Twenty-three percent of Americans identified as white evangelical Protestants in 2006. But that figure shrunk to 14% in 2020 after remaining constant at 15% for the three previous years.

The new survey results illustrate a noticeable relationship between a person’s faith and their political affiliation. White Christians made up 68% of the Republican Party compared to just 39% of the Democratic Party.

Although religiously unaffiliated Americans make up an increasing share of both political parties, the “nones” comprise a higher share of the Democratic Party’s coalition (23%) compared to the Republican Party’s (13%).

According to data collected by Pew Research Center in 2006, just 4% of the Republican Party consisted of religiously unaffiliated Americans, while the “nones” accounted for 13% of the Democratic Party’s coalition at that time.

In 2020, the religiously unaffiliated made up a plurality of the Democratic Party’s membership (23%), followed by white mainline Protestants (16%), white Catholics (13%) and black Protestants (13%). Meanwhile, the “nones” were the fourth-largest religious group in the Republican Party in 2020 (13%). At 29%, white evangelicals constituted a plurality of the Republican Party, followed by white mainline Protestants (22%) and white Catholics (15%).

Overall, most religiously unaffiliated Americans identify as independents (46%) and Democrats (35%). Majorities of Hindus (79%), Buddhists (77%), Muslims (82%), Jews (75%), Hispanic Catholics (83%), and Hispanic Protestants (75%) identified as either independent or Democrat. An outright majority of black Protestants (65%) aligned themselves with the Democratic Party.

The religious groups most likely to favor Republicans were white evangelicals (51%) and members of the Church of Latter-Day Saints (39%). White mainline Protestants were evenly split between Democrats (35%) and Republicans (33%), while a plurality of white Catholics (38%) identified with the Democratic Party.