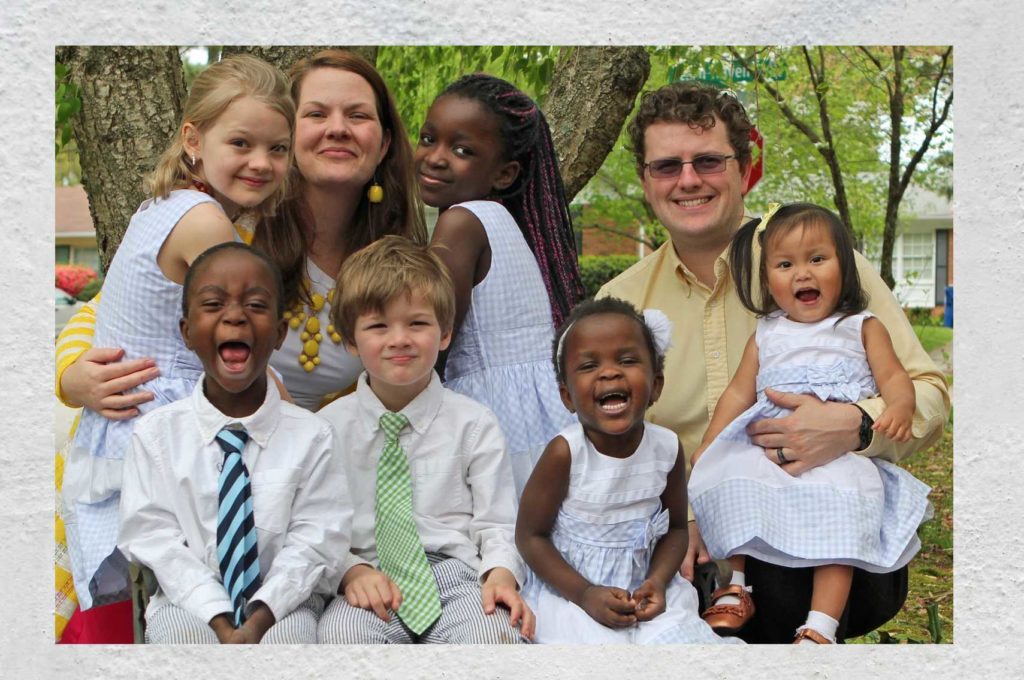 Shannon Dingle, a former pro-life speaker who appeared at Evangelicals for Life conferences, has released an op-ed outlining that she now supports abortion “rights.”

“I’m not pro-life anymore, not in the political sense,” she wrote in an article released by USA Today on Sunday. “I firmly believe that decisions regarding pregnancy should be between a patient and doctor, not predetermined impersonally by a mostly male governing body. My body shouldn’t be up for public debate.”

In the piece, Dingle, a mother of six, including four adopted children, outlined the tragic story of her husband’s death following a beach accident while the family was on vacation last year.

Days after the funeral, Dingle started to feel ill and recognized the familiar signs. She was pregnant.

Dingle, who has auto-immune disease, struggles with her mental health, and is disabled with bad knees, joints and hands, concluded that with the combination of her physical disabilities and the prospect of raising a seventh child alone, she would have to obtain an abortion.

“I knew I couldn’t have this baby,” she wrote. “I didn’t know how to be a single mom of six, so a seventh child was unthinkable, if I even survived the pregnancy. And my kids couldn’t lose another parent.”

But before she moved forward an abortion, she miscarried on her own, describing the severe cramps as “the kind that come when your body expels tissue that could have been a child.”

Dingle, who says that her views about abortion had already been changing in more recent years, kept quiet about the matter for six months and grieved the two deaths alone.

She now states that she no longer identifies as pro-life and takes issue that pro-lifers leave no “grey” area for circumstances such as hers. Dingle referred to the pro-life movement’s argumentation as “propaganda” in her piece.

“If abortion wasn’t an option, I likely would have faced death if the pregnancy had gone to full term. My kids would have faced the death of not only their father but also me, their mother. We’ve barely survived this past year and few months as it is, but we wouldn’t have made it with my physical and mental health overwhelmed by an unsafe pregnancy,” Dingle wrote.

“My story is heartbreaking. Telling it is tender. But I need you to understand that real people like me are living real stories,” she said. “I’m glad I had the right to make decisions about how my story would unfold, instead of having it decided for me by the Supreme Court or Congress.”

Dingle had made headlines in 2016 when she announced that she was supporting Hillary Clinton for president, though identifying as pro-life at the time.

“I consider all life valuable and sacred, from the womb to the tomb. And her stance on access to abortions doesn’t align with that. That said, I also wrote recently about what actually reduces abortion rates. Many of her policies would, based on the research I examined, function in that way,” she wrote in a blog post.

“For example, having better supports for maternal and family leave make giving birth less of a financial hardship, which is important since 75% of women receiving abortions in 2014 were classified as poor or low income. So while access to abortion might increase under a Hillary presidency, the demand would decrease, given historical trends and factors,” Dingle claimed.

Proverbs 3:5 and 7 states, “Trust in the Lord with all thine heart, and lean not unto thine own understanding. … Be not wise in thine own eyes. Fear the Lord, and depart from evil.”

The late preacher Lee Roy Shelton wrote in “The Crimes of Our Times,” “God is concerned about that baby in the mother’s womb; He gave it. It came into being, I know, by normal process of a male’s and female’s being joined together as one, but it was God who gave the life in conception, and God alone has the right to say when it should be taken away.”

“Children are a heritage of the Lord; God alone gives little children; therefore, woe be unto that woman or man who destroys them, whether in the womb or out of the womb,” he said.