“Pray for those in authority” 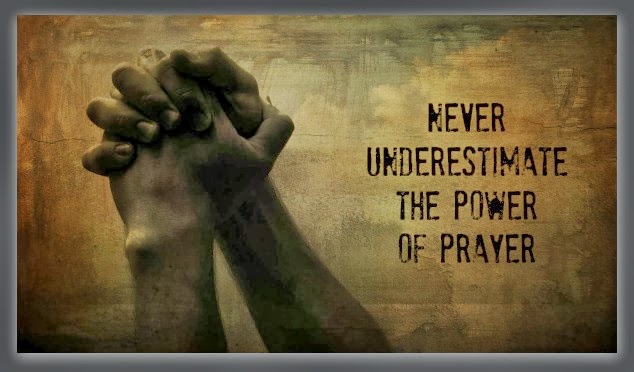 A Call to Prayer

I exhort therefore, that, first of all, supplications, prayers, intercessions, and giving of thanks, be made for all men; For kings, and for all that are in authority; that we may lead a quiet and peaceable life in all godliness and honesty. For this is good and acceptable in the sight of God our Saviour; Who will have all men to be saved, and to come unto the knowledge of the truth. For there is one God, and one mediator between God and men, the man Christ Jesus; Who gave himself a ransom for all, to be testified in due time. Whereunto I am ordained a preacher, and an apostle, (I speak the truth in Christ, and lie not;) a teacher of the Gentiles in faith and verity. I will therefore that men pray every where, lifting up holy hands, without wrath and doubting.

The short article below, from The Christian Institute, is from Great Britain urging everyone to pray for Boris Johnson, the Parliament and those in positions of authority after their general election held yesterday, as the Word of God instructs us. We know from God’s Word He is Sovereign over all nations, all things and ordains each authority in every place according to His will be done, on earth, as in heaven. Our free will, our choices, that God knows we’re going to make, bringing about the history of the world. All heading towards the fulfillment of every jot and tittle of the Holy Bible.

Great Britain has been roiled in great troubles, rebellion, strife and sin just as my earthly nation, America has been. For many years now. This is nothing new. And while the blind and lost, with mighty scales over their eyes and stiffer than ever necks keep bellowing that it’s going to get better, that “It’s getting better all the time” as those Beatles sang over 50 years ago and in truth everything falls further, decays, erodes and rots all the more as they of the world crowbar, jackhammer and bulldoze their worldly philosophies in utter sin and rebellion. Vainly imagining they are gods, they can make paradise on earth — after having it and giving it up by human natures free will and inherent rebellion, disobedience to God and His Word in the perfected Garden, cast out due to our natures, our inherent evil, our rebellion.

I pray daily for those in authority in Great Britain. I hope you do as well even if you do not reside there, have no attachment to that land or peoples. Pray for Boris Johnson and the British and Scottish parliaments. I pray that God’s will be done. That if it be His will BREXIT does happen and Great Britain is once again an independent of Brussels sovereign nation and peoples.

Pray daily for the great rebellion and lawlessness, the increasing open evil within those in authority in America to turn from their rebellion, their pursuit of lawlessness and evil, disregarding God, disreagarding Jesus, disregarding the Holy Spirit, denying and ignoring, even becoming angered at the Holy Bible. And they who also ignore and spit upon the founding documents, the laws of the land in order to vengefully extract their evil wills out of jealousy, rage and pure rebellion. I pray this coup, this rebellion, this lawlessness and seething rage within our so-called leaders, those in authority and within our people abates and some semblance of sanity, calm and sense occurs. And law and order are restored. No longer attempting to tear down the foundations.

Pray for those in authority. Pray they allow the Spirit of God to be heard in their cold, dark sinful hearts. And those who may be of the Lord, knowing the Scriptures will be true salt and a light unto those they are around to help this sick and sinful nation serving the devil to again turn back to serving the Lord.

All things are possible with and through God our Father, through Jesus Christ the Lord, through the infinite power and authority of the Holy Spirit. In faith. But first we must pray. We must obey the Word of God. What we pursue, what we do, what we believe, what we practice, what we obey or disobey is of the utmost importance. And each one is responsible. Accountable. No excuses.

Putting aside politics. Worldliness. Adopting the living inerrant infallible Word as an adopted one in Christ?

“Pray for those in authority”

The Christian Institute is urging prayer for our leaders following the General Election.

With the Conservative Party winning the election, Boris Johnson remains Prime Minister and will begin forming his Cabinet soon.

Ahead of the vote, The Christian Institute’s resources were widely used, with Election Briefing 2019 being seen online and in print by tens of thousands of people.

Ciarán Kelly, Deputy Director at The Christian Institute, reminded supporters that God is sovereign over our nation.

“However we voted, as we digest the result of the election, it’s important to remember that God is on the throne.

“We can trust him as we contemplate the coming weeks and months.

“1 Timothy 2 urges us to pray for those in authority so that we may live quiet and peaceful lives and preach the Gospel.

“We can all do that and continue to be a Christian influence in our society.”

‘God is on the throne’