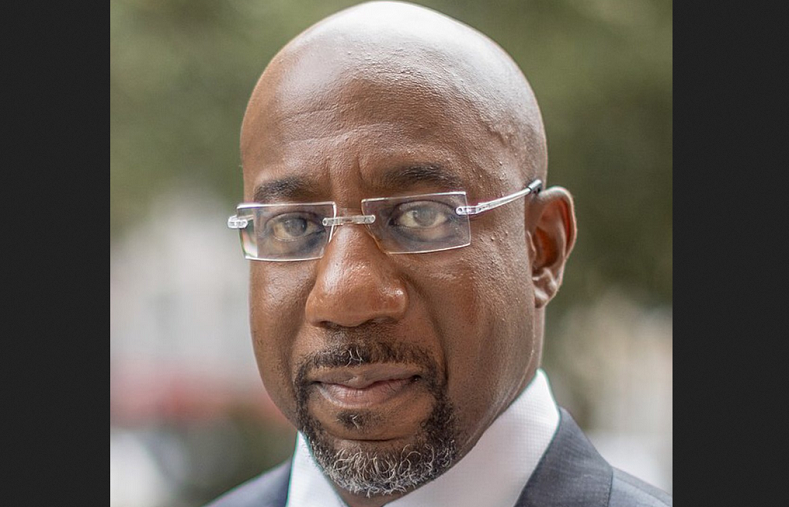 Wolves in sheep’s clothing. I want readers to seriously ponder this — How can anyone profess to be a Christian and also support the premeditated murder of children, a.k.a. abortion?

Let alone be a so-called Christian pastor, as Mr. Warnock is.

Sorry, let’s stop the nonsense, the pretending, the refusing to call things as they are. Refusing to discern and judge wisely according to Scripture.

No one, especially a teacher, a leader of a flock, a pastor can be a true disciple of the Lord Jesus Christ and also profess that abortion is fine and dandy and it’s actually approved of in the Bible.

The man is lost. The man does not possess the ability to understand, discern wisely the Scriptures and puts his own personal interpretation on things in order to advance himself.

These are the abominations that have been going on in America for decades while most look the other way. Hide. Refuse to speak up. Refuse to call things as they are instead using the “I can’t judge because the Bible says to not judge,” misunderstanding, not discerning wisely the context of that passage and those words.

Woe to U.S. Woe to anyone on the path Mr. Warnock is.

A pastor and a pro-abortion Democrat, Warnock is challenging Sen. Kelly Loeffler, a pro-life Republican, in a high-stakes runoff race in Georgia. Neither Loeffler nor Warnock received more than 50 percent of votes on November 3rd, pushing the race into a runoff election in January.

Because Republicans hold a narrow majority in the U.S. Senate, Loeffler’s seat is key to stopping Democrats from expanding late-term abortions and forcing taxpayers to pay for unborn babies’ abortion deaths.

Earlier this year, Planned Parenthood expressed confidence that Warnock would support this radical pro-abortion agenda, according to Breitbart.

In an endorsement announcement, Staci Fox, CEO of Planned Parenthood Southeast Advocates, praised Warnock for continuing to “advocate for reproductive health and rights throughout his career — standing up for people in Georgia who face systemic barriers and discrimination in many areas of their lives.”

Fox also described the pastor as a “sexual health educator.” Though the report did not provide details, the description suggests Warnock may have worked or volunteered for the abortion chain at one point.

Fox said Georgia citizens “are done seeing the Trump administration and the current senators try to use every trick in the book to chip away at health care access and safety net programs, and are ready for a bold leader who will fight back against” Republicans’ efforts to save unborn babies.

If elected, Warnock could help Democrat leaders achieve their goals of forcing taxpayers to fund elective abortions, packing the Supreme Court with pro-abortion activist judges and forcing states to allow viable unborn babies to be killed in late-term abortions.

Those changes would mean more money and power for Planned Parenthood, a billion-dollar “nonprofit” that aborts more than 345,000 unborn babies every year. It has been accused of selling aborted baby body parts, killing women in botched abortions, covering up the sexual abuse of minors, discriminating against pregnant employees and minorities, and more.Yet, it continues to receive millions of taxpayer dollars each year.

In contrast, Loeffler promised to defend unborn babies’ right to life in the Senate.

“Unlike my opponent, I am 100% pro-life. I will ALWAYS defend the most vulnerable among us,” Loeffler wrote Monday.

The narrow Republican majority in the U.S. Senate is in jeopardy because of the Georgia runoff election.

If pro-abortion Democrat Joe Biden wins the presidency and Democrats take control of the Senate, there would be nothing to stop them from passing radical pro-abortion laws that allow unborn babies to be aborted for any reason up to birth and force taxpayers to fund their deaths. Democrat leaders also could pack the U.S. Supreme Court with activist judges who would keep abortion on demand legal for decades.

March for Life Action, Susan B. Anthony List, National Right to Life and other leading pro-life groups are working hard to support Loeffler and U.S. Sen. David Perdue, a pro-life Republican who also is facing a runoff election against pro-abortion Democrat Jon Ossoff.

A recent Remington Research Group poll shows Perdue and Loeffler are ahead but only by small margins, Newsweek reports. According to the poll, voters chose Perdue over Ossoff by 50 percent to 46 percent; an additional 4 percent were undecided. The poll found Loeffler had a 1-percent lead over Warnock (49 percent to 48 percent); 3 percent of voters remain undecided.

Ossoff and Warnock support abortion on demand, and they have the backing of the billion-dollar abortion chain Planned Parenthood.