“Inadvertently, by acknowledging that these Bibles could be used for conversion, people [who] are trying to squelch Christianity are acknowledging the power of God’s Word…. They are saying that this book can transform lives.”

According to Pudaite, Bibles For The World has provided 2.5 million Gospels of John throughout Nepal since 2012. This has “helped fan the flames of the growth of Christianity, the growth of the Body of Christ across the country.”

Right after Easter, police reportedly arrested four Christians and accused them of violating Nepal’s 2018 anti-conversion law. One believer, an American, was immediately deported.

Pudaite suspects pressure from neighboring India. As a landlocked nation, “[Nepal is] very much dependent on maintaining a good relationship with the strong, fanatic Hindu government and power in India,” he explains.

“Much of their daily needs — whether it’s gasoline, diesel, cooking, gas, food items — everything comes in or through India.”

“We see this pressure especially in the plains area that borders India,” Pudaite notes. “It’s called ‘Terai’… and that’s exactly where this arrest happened.

Pudaite urges prayer for Nepali believers. “[Pray] that God would continue to direct, guide them, [and] give them the wisdom and insight they need to continue to be strong for the Gospel.”

Additionally, ask the Lord to bless believers’ efforts as they “continue building the Body of Christ — even while they’re trying to be wise as serpents and harmless as doves in their work.”

In the coming months, Bibles For The World plans to send another half-million Gospels of John to Nepal. Please pray for wisdom and discernment as ministry leaders proceed with that plan.

Along with distributing God’s Word, Bibles For The World serves South Asia’s unreached people groups and Christian leaders in a wide variety of ways. Pray for Pudaite and his fellow leaders as they assess and re-evaluate their 2019 plans.

Pudaite says, “We’re just taking extra caution [as we] work through the plans — where we’re going to be, what kind of seminars we’re…doing, what kind of distribution,” and which groups to partner with.

Learn more about Bibles For The World here. 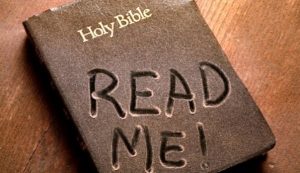