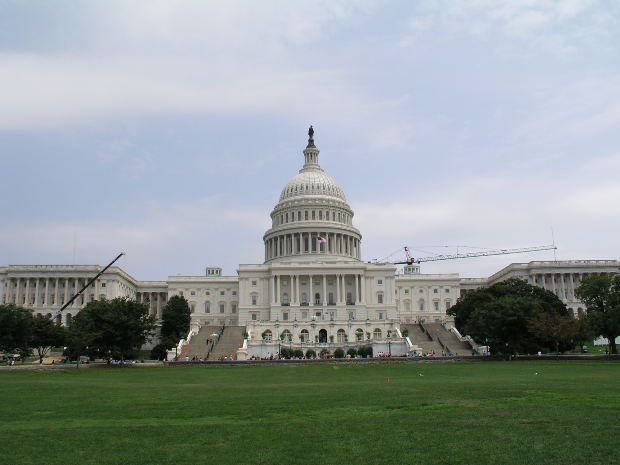 For as much as I cringe, and live in the hope of keeping all things considered political from having a prominent position here on A Crooked Path, we all must acknowledge that what actions taken, words spoken, deeds done by all those in high positions of governments are a direct result of the nonstop spiritual war each person is engaged in here on earth, until the Lord returns. I strive to keep balance.

We’re currently in a time in America in which there is no balance seen, heard anywhere. Or so it would seem. I realize in some individuals balance exists, and in some chruches (although growing fewer and fewer in number in these times), but in general we are in a condition of great turmoil, aggitaiton, rebellion, confusion and anger. Disarray.

Everywhere. From sea to shining sea and over purple mountains majesty and amber waves of grain.

I will not state who or what I vote for, but any visitor here surely knows I’m very conservative. I will not advocate who to vote for, or even to vote. For if through conscience and within ones spirit they cannot in good faith vote for the choices given then not voting is their best option. There is no lesser of two evils contrary to the lies people tell themselves. I was 18 years old in 1971, the first year in American history 18 year-old’s were given the right to vote. And I’ve participated in every election since then. But there have been elections in which in good conscience I could not vote for the choices given to fill a particular office, and in such a case I do not vote for any person in that category. Be it from city council to President of the United States of America.  Evil is evil. Our primary allegiance is NOT to country or political party but to God. Our requirement and duty lie first and foremost to God, Jesus, the Holy Spirit and the Holy Bible. To our professed discipleship of the Son of God, Jesus. Not to any country first. Certainly not to any political party of man or woman. Sadly, far, far too many either have seemed to forgotten this, or never learned it to begin with, and that is totally directed to those professing to be “Christians”.

We are currently as I sit writing in a very poorly written, produced and directed one act play that has been now running daily and nighty even though most people strongly desire for the play to finally close and let’s put another production on, please! If this sorry production had been staged in centuries past, times past the actors, writers and directors would be dripping in rotten vegetables and fruits, or tarred, feathered and ran out of town already! What do we do? Either ignore, watch and listen, or vote them all back into office! We like rolling around in our dung do we not! And, as the saying goes — those who do not learn from history are…

Presently the writers, producers and directors imagine, deluding themselves as they are so puffed up with themselves they make puffer fish resemble halibut instead — imagining vainly among themselves that they are coming to this amazing climax in the plot. What that plot climax amounts to is they all shoot themselves in the foot, or stick their own feet in their own mouths. Not anything new or very climatic.

It is safe to say that EVERY U.S. President from George Washington on to the present Donald Trump have done what all men and women of the world practice daily. Pro quid pro. Something for something. You scratch my back I’ll scratch yours. I want you do this and in return expect you to ___________. And on and on it goes like some perpetual not-so-merry-go-round. It’s how the slimy worn evil gears of the world, of men and women continue to go round and round.

Every president, and certainly EVERY man and woman in the U.S. Congress operate consistently, continually on pro quid pro. I’ll sign on to your bill if you do this for me. I’ll sign the bill if you allow me to put my addendum on the bill. I’ll show up for your luncheon, rally, ___________ but I’ll need ___________ in return.

Liars, schemers and hypocrites the entire lot of them!

Let’s be clear shall we?

Were it not for pro quid pro — something for something, what’s in it for me?, you scratch my back and I’ll scrath yours, you do ________ and we’ll do ________ in return for you — were it not for such slimy old world grease in the works? There is NOT ONE POLITICIAN ANYWHERE THAT WOULD BE PLACED INTO OFFICE! Not one president, not one Senator, not one Representative, not even one mayor or animal warden! It’s all pro quid pro! Something for something.

Let’s be honest and objective shall we, if such attributes are still possible in this dying land physically, emotionally, spiritually serving evil and Satan more than serving the righteousness and truth of God, Jesus, the Holy Spirit and the Holy Bible.

Live as people who are free, not using your freedom as a cover-up for evil, but living as servants of God.

For if anyone thinks he is something, when he is nothing, he deceives himself.

So are the paths of all who forget God; And the hope of the hypocrite shall perish,

Such are the paths of all who forget God; the hope of the godless shall perish.

They profess to know God, but they deny him by their works. They are detestable, disobedient, unfit for any good work.

Godlessness in the Last Days

But understand this, that in the last days there will come times of difficulty. For people will be lovers of self, lovers of money, proud, arrogant, abusive, disobedient to their parents, ungrateful, unholy, heartless, unappeasable, slanderous, without self-control, brutal, not loving good, treacherous, reckless, swollen with conceit, lovers of pleasure rather than lovers of God, having the appearance of godliness, but denying its power. Avoid such people.

Therefore you have no excuse, O man, every one of you who judges. For in passing judgment on another you condemn yourself, because you, the judge, practice the very same things. We know that the judgment of God rightly falls on those who practice such things. Do you suppose, O man—you who judge those who practice such things and yet do them yourself—that you will escape the judgment of God? Or do you presume on the riches of his kindness and forbearance and patience, not knowing that God’s kindness is meant to lead you to repentance? But because of your hard and impenitent heart you are storing up wrath for yourself on the day of wrath when God’s righteous judgment will be revealed. He will render to each one according to his works:

Many in modern times have been heard to utter, or write “all things are political,” paraphrasing the well known writer and avowed atheist, George Orwell, who wrote;

“In our age there is no such thing as ‘keeping out of politics.’ All issues are political issues…”

As an avowed atheist, by all accounts, right up until his final breath, Mr. Orwell has learned the most sad and dfficult of lessons for all those who deny God, deny Jesus, deny the Holy Spirit and deny the inerrancy and infallibility of the living and active Word of God in his now eternity no longer in the flesh — that while all things might be political from relationships between two people on up to every thing the nations of the world do — at the root and very foundation of those political actions between two, or billions is the spirtual. The spiritual warfare constantly without abatement, without a break, without a truce, without rest or sleep taking place within and around every individual every second of every day everywhere. God, Jesus, the Holy Spirit and Theirs vs. Satan and his. Period. That spiritual war is within every person every moment of every day. Choices. What to say? What to do? Where to go? What and whom to believe and follow?

And we live in what arguably was and by many accounts still is the greatest nation on earth, America, we are the only nation and people with a First Amendment (which millions work tirelessly, feverishly, diligently day and night within to remove or pervert to make unrecognizable), along with other freedoms and rights no other nation or people have known or do know. We were truly ordained and created by Divine Providence. God Almighty made U.S. possible.

We are a diseased, dying republic willing to surrender our freedoms, our liberties, our laws to evil for evil.

Fearful of public opinion rather than fearful of God our Father.

We can do only one truly active, positive, doable act — pray. PRAY IN FAITH! PRAY WITH FAITH! PRAY BELIEVING!

Pray to God our Father spirutally — not in “be with,” or selfishly or foolishly. Pray not amiss. Pray daily. Pray nightyl. Pray continually for this dying and diseased land in which the shadows of darkness and its evil are working to push out and exterminate the light. Literally. Removing Christ, removing genuine, authentic Bible-beleiving, Bible-teaching, Bible-following disciples of Jesus Christ the Lord.

Imagine such a place, such a land and people…

and then look around…listen…watch…for we are becoming such a place, a land, a people right before everyone’s eyes and ears.