No, The U.S. Economy Will Definitely Not Be Returning To “Normal”. In Fact, Things Will Soon Get Even Worse. 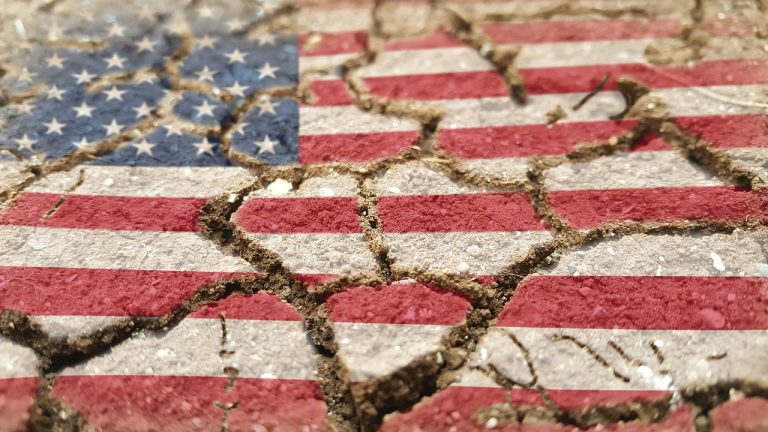 No, The U.S. Economy Will Definitely Not Be Returning To “Normal”. In Fact, Things Will Soon Get Even Worse.

Reprinted from: The Economic Collapse

2020 has been quite a year so far.  It has been one nightmare after another, and yet the economic optimists continue to insist that economic activity will soon snap back to normal levels somehow.  So the economic optimists aren’t really alarmed by the fact that the core areas of our major cities have been torched, gutted and looted by rioters, because they assume that all of this violence is just a temporary phenomenon and that any damage that has been done can be repaired.  And they aren’t really alarmed by the fact that the COVID-19 pandemic is starting to escalate again.  In fact, over the last seven days we have seen the number of newly confirmed cases around the globe hit levels that we have never seen before.  They just assume that “the worst is behind us” and that the vast majority of the businesses and jobs that have been lost during this pandemic will be quickly recovered.

Wouldn’t it be wonderful if they were actually correct?

Sadly, the truth is that economic conditions will not be returning to normal.  Yes, some of the jobs that were lost will be recovered as states start to “reopen” their economies.  But more than 100,000 businesses have already permanently closed during this new economic downturn, and all of those jobs are lost forever.

And yes, the level of economic activity will rise as states end their lockdowns, but it will still be much lower than it was before COVID-19 started spreading like wildfire in the United States.

At this point, even the perpetually optimistic OECD is admitting that global economic activity as a whole will be way down in 2020…

If a second outbreak is seen, the OECD forecasts global growth will plunge by 7.6% in 2020, and “remain well short” of its growth activity levels from 2019, suggesting no V-shaped recovery. If a second wave can be avoided, the OECD forecasts the world economy will still contract by 6% this year and again fail to recover to pre-corona levels by the end of 2021.

“Both scenarios are sobering, as the economic activity does not and cannot return to normal under these circumstances,” OECD chief economist Laurence Boone wrote in the report.

A 6 or 7 percent decline in worldwide GDP is definitely not “normal”.

Actually, if this OECD projection turns out to be accurate, we will be talking about a “global depression” by the end of the year.

Here in the U.S., a key measure of consumer optimism just dropped by 5.4 percent even though state economies all over the country are “reopening”…

The IBD/TIPP Economic Optimism Index, a leading national poll on consumer confidence, declined by 5.4% in June. The index’s reading of 47.0 is at its lowest mark since September 2016. It also places the index in negative territory for the third consecutive month. For the IBD/TIPP indexes, a reading below 50.0 indicates pessimism.

But all of the optimists keep telling me that things are “getting better”.

In fact, they just keep on insisting that a new golden age for America is right around the corner.

Well, apparently the largest jewelry retailer in the U.S. doesn’t share that optimism, because they just announced that they will be closing at least 150 stores…

The world’s largest retailer of diamond jewelry says it will not reopen at least 150 of its North America stores that were temporarily shuttered in March due to the COVID-19 pandemic.

Signet Jewelers, which operates 3,172 stores globally primarily under the name brands of Kay Jewelers, Zales, Jared The Galleria Of Jewelry and Piercing Pagoda, also plans to close an additional 150 stores by the end of its fiscal year, which ends in February 2021.

Overall, the U.S. retail industry is facing a tsunami of store closings that is unlike anything we have ever seen before…

As many as 25,000 U.S. stores could close permanently this year after the coronavirus pandemic devastated an industry where many mall-based retailers were already struggling.

The number would shatter the record set in 2019, when more than 9,800 stores closed their doors for good, according to a report from retail and tech data firm Coresight Research.

That sure doesn’t sound like an “economic recovery” to me.

Meanwhile, the reckless money creation that the Federal Reserve has been engaging in is starting to show up in our food prices.  According to Nielsen, we have seen some startling food inflation over the past three months…

Market-research firm Nielsen said food prices rose 5.8% in the 13 weeks from March 1 to May 30 compared with the year-ago period.

Unfortunately, this is just the beginning.  The cost of living is going to continue to rise aggressively, and this comes at a time when more than 42 million Americans have already lost their jobs.

Yes, some of those jobs are starting to come back.

But more Americans continue to lose jobs each week as well.

And economic activity will be higher than it was when virtually everything was closed down.

But more businesses are shutting their doors permanently and declaring bankruptcy on a daily basis.

This new chapter in our economic history is just getting started, and a tremendous amount of pain is ahead of us.

Of course Fed Chair Jerome Powell completely disagrees with that assessment, and he is trying really hard to convince all of us that a new economic depression has not begun…

Sure, unemployment’s only comparison is the Great Depression. And businesses across the country are closed. And many people are struggling to buy food. But Federal Reserve Chairman Jerome Powell doesn’t see any similarities.

“I don’t think that the Great Depression is a good example or likely outcome for a model of what’s happening here at all, I really don’t,” he said. “There are so many fundamental differences.”

And I would actually concur with Powell that what we are facing will not be very similar to the Great Depression of the 1930s.

In the long run, what we are facing will be far worse.

The “perfect storm” is here, and our economy is being shaken to the core.  Many people continue to be hopeful that the worst is now behind us, but what they don’t realize is that what we have experienced so far is just a warm up act for what is still to come.